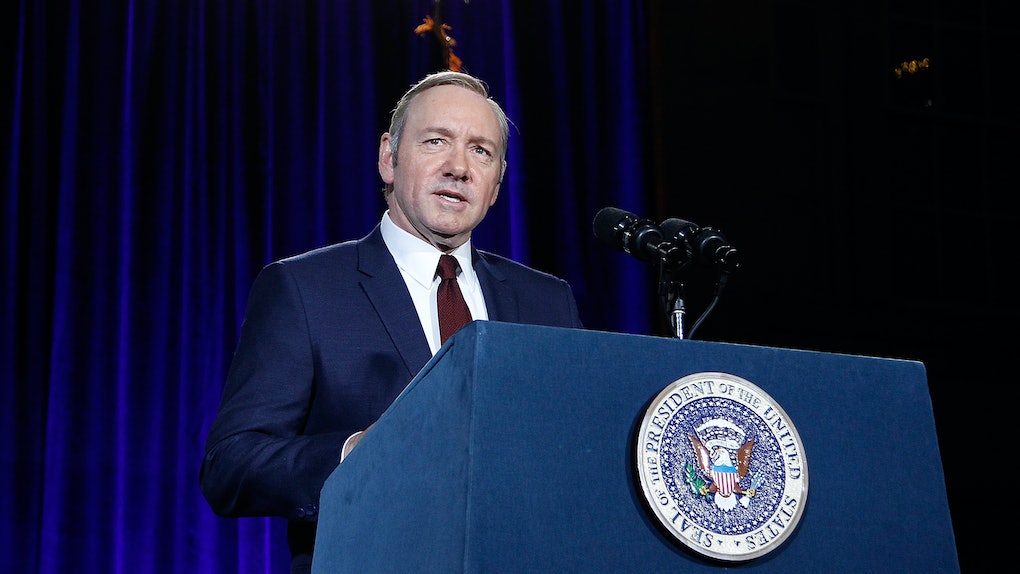 Russian trolls from a well-known factory in St. Petersburg were forced to watch House of Cards to get ideas on how to “set up the Americans against their own government,” according to Yahoo News. A former troll spoke out in an interview broadcast by Russian TV station Rain about the process by which their factory helped Vladimir Putin influence the 2016 U.S. presidential election. The Netflix series, which gave the trolls lessons in America's "problems", capitalized on a main strategy of demonizing Hillary Clinton through social media, according to Yahoo News.

The troll factory, formerly known as the Internet Research Agency, used pseudonyms and bot accounts to post controversial and provocative comments on news articles, posing as American citizens, to spark debate on news websites such as The New York Times and Washington Post, according to Yahoo News. The comments often were about Clinton, specifically focusing on her family's scandals and her private email server, according to CNN.

“At first we were forced to watch the House of Cards in English,” the troll, who used the name “Maksim,” in the interview, said. “It was necessary to know all the main problems of the United States of America. Tax problems, the problem of gays, sexual minorities, weapons.”

Maksim said in the interview that he had worked for the factory in 2015. Even then, the strategy was already to shift its attention to Clinton.

“The main message is: Are not you, my American brothers, tired of the Clintons? How many have they already been?” Maksim said, according to Yahoo News.

Beyond focusing on Clinton, Maksim said they were to create a distaste for the Obama administration through social media tools such Twitter and Facebook “We had a goal to set up the Americans against their own government,” he says. “To cause unrest, cause discontent [and] lower [President] Obama’s rating.”

The Netflix series House of Cards follows the cunning duo Frank Underwood (played by Kevin Spacey) and wife Claire Underwood (played by Robin Wright) as they conquer Washington politics and come out on top in the Oval Office by way of planting harmful stories in the media about political opponents and stirring up fear and hysteria among the American public. This TV show strategy is similar to the actual defamation of Clinton, and the Trump campaign's emphasis on combatting terrorism.

Maksim is reportedly the first former member of the factories selective English language section to publicly discuss inside details of the agency. Facebook, when coming forward about Russia's use of their platform during the election, claimed this agency had placed 3,000 Russian-bought ads on the platform, which the House and Senate intelligence committees were investigating.

The agency sought to divide the American public by harping on controversies and opposition that already existed, like the Clinton scandal, and then maximizing them on a bigger scale through social media commentary.

“It was necessary to look through all this and understand the general trend, what people were writing about, what they are arguing about,” "Maksim" said. “And then get into the dispute yourself to kindle it, try to rock the boat.” The factory measured a troll's success by “how much you got ‘likes.’ The comment was supposed to provoke a discussion.”

Another topic of controversy that was targeted was LGBTQ+ rights, a largely-debated American social issue. Maksim explained how the agency strategized social media debate. He said,

When it was gays, we almost always had to bring out the religious themes. Americans are very religious, especially those [who post] on news sites and write comments. You had to write that sodomy is a sin. That could always get you a couple of dozen ‘likes.’

The one topic that was off the table for debate was Russia. Trolls were reportedly told to avoid any mention of Russia or Putin. Maksim said, “Neither Russia nor Putin could be mentioned because the Americans do not talk about it. They, in fact, do not care about Russia and Putin.”