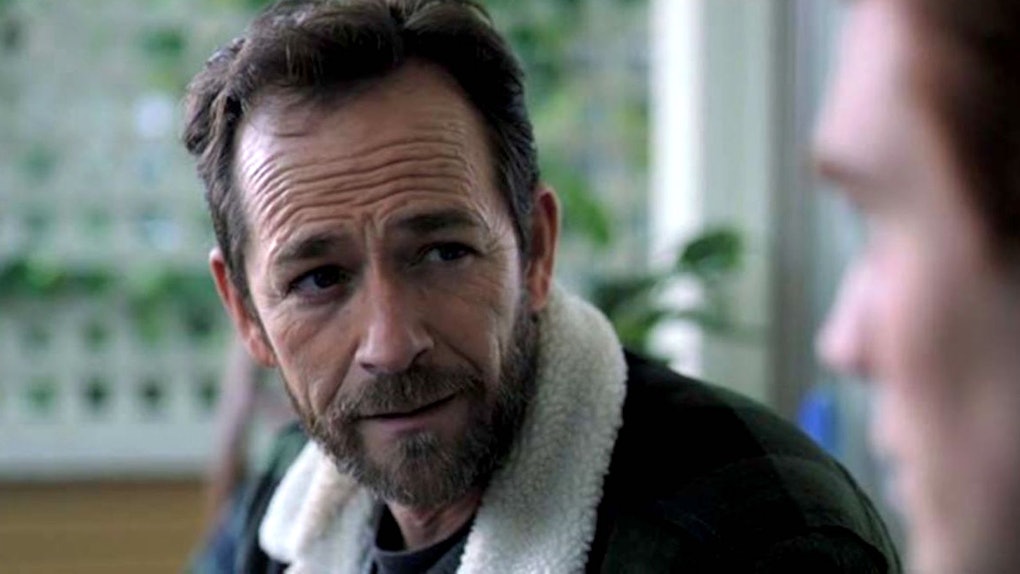 This week's new episode of Riverdale was the most emotionally fraught one yet... and it actually was not because of the show's plot. The episode aired just two days after Luke Perry died, so fans were curious to see whether the episode might feature Perry's character of Fred Andrews and how the show might pay tribute to its gone-too-soon star. Well, Fred did show up, and Riverdale's tribute to Luke Perry was a scene that perfectly encapsulated the loving and supportive character of Fred Andrews.

Spoiler alert: This post contains spoilers for Riverdale Season 3 Episode 14, "Fire Walk with Me." It was not until nearly the very end of Wednesday night's new episode that Fred Andrews actually made an appearance. For the bulk of the episode, Archie is struggling to take care of a runaway kid named Ricky that he found living at his gym. After bonding with him, Archie invited Ricky to stay at his house until they can find a good family to place him with. But in a gruesome twist, the child services officers calls Archie and tells him that Ricky is actually the younger brother of Joaquin, Archie's former friend who betrayed him and almost killed him. Ricky then picks up a knife and tells Archie that he was sent to kill him in order to join the mysterious Gargoyle Gang. He lunges at Archie and slashes him with the blade, but runs away when Fred returns home.

After he notices Archie's wound, Fred gets to work tending to it. It may have only been a brief appearance, but this Fred Andrews scene was so touching to Riverdale fans because it truly encapsulated what made the character so beloved. Pretty much every other parent in the town of Riverdale is a crook, cult member, or murderer at this point, but Fred always stood out as the one parent who actually loves and supports his son.

That dedication came after the last moment of the episode. as the final scene faded to black, an "In Memoriam" screen remembering Luke Perry appeared.

The Riverdale episode marked Luke Perry's first posthumous acting appearance since his death two days earlier. Perry had suffered a massive stroke last week, and died several days later on Monday morning. Riverdale was still in production on its currently airing third season when news of Perry's death broke, and the show immediately halted production indefinitely. However, the CW had already scheduled a handful of episodes to air in the next few weeks, so Riverdale will continue to air weekly as usual for now.

Right now, it is unclear how much more of Fred Andrews we will be seeing in future episodes. Luke Perry most likely filmed a few more scenes prior to his death, so this may not be the final time we see him on the show. But if it does wind up being his final scene, then it would actually be the perfect farewell.

More like this
These Theories About Hulu's 'How I Met Your Father' Spinoff Are Legendary
By Rachel Varina
When Will Josie & The Pussycats Return In 'Riverdale' Season 5? They'll Be Back Soon
By Abby Monteil
Paramount+'s 'iCarly' Revival: Release Date, Cast, Trailer, & More
By Cianna Garrison
Stay up to date