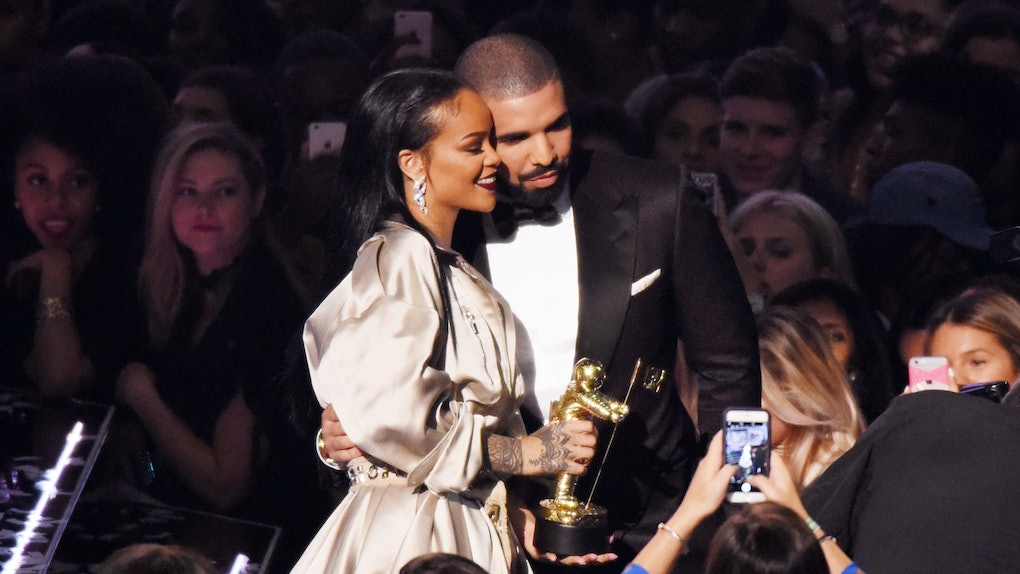 Drake and Rihanna are giving fans something to talk about. The former on-and-off couple might be practicing social distancing at the moment, but that didn't stop them from meeting up online on Wednesday, March 25. Rihanna and Drake both tuned into DJ Spade's Instagram Live, and the conversation they had during the video was priceless. Rihanna's response to Drake telling her to drop her album was hilariously brutal.

Fans have been waiting for Rihanna to release another album since Anti dropped in 2016, and it seems like Drake is right there with all the stans. Rihanna teased the new music she is working on in October 2019 telling Vogue:

I like to look at it as a reggae-inspired or reggae-infused album. It’s not gonna be typical of what you know as reggae. But you’re going to feel the elements in all of the tracks. Reggae always feels right to me. It’s in my blood. It doesn’t matter how far or long removed I am from that culture, or my environment that I grew up in; it never leaves. It's always the same high. Even though I’ve explored other genres of music, it was time to go back to something that I haven’t really honed in on completely for a body of work.

But then in February 2020, Rihanna played coy about the release date during an interview with Entertainment Tonight. "I like to antagonize my fans a little bit," she joked. "Well, they antagonize me, too! So, they get it right back."

So when Drake got the chance to publicly address Rihanna about her new music, he did just that. "Rihanna drop R12 right now," he wrote during DJ Spade's IG Live.

Rihanna didn't miss a beat, hitting back at her ex: "Give Drake some water." See the hilarious exchange below.

Drake got a good laugh at Rihanna's response. "Hahahahhahahaha yo u have a bad attitude," he replied.

So while fans — including Drake — didn't get an answer on new Rihanna music, at least the former couple provided some much-needed entertainment for fans with their banter.