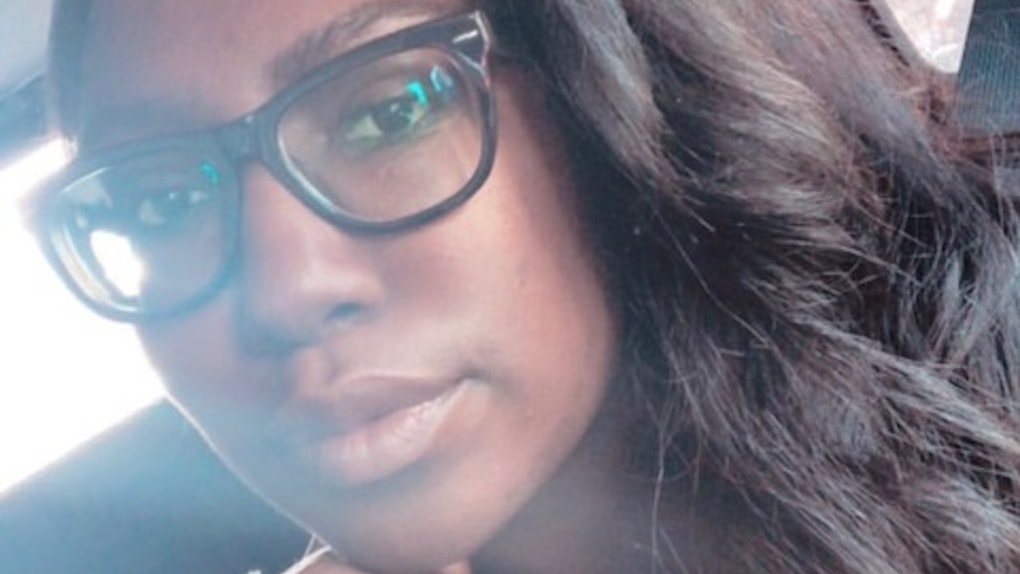 For years, I avoided online dating. Why would I subject myself to this vicious cycle of validation and rejection just to get ghosted? Instagram was already doing a great job of satisfying my millennial need for approval. But a few months ago, after a breakup, I turned to Tinder and Bumble as a temporary bandage for my wounded heart (and, let's be honest, ego). After four months of swiping, I found myself worse off mentally than when I began. Were other women having similar experiences with racism on dating apps, and, if so, why wasn't anyone talking about it? I had underestimated the number of racist micro-aggressions that would come my way.

One of my first matches, a guy who had moved from Minnesota to Los Angeles a month earlier, sent me the opening line, “Ever dated a white guy before?” As if white men are somehow a rare demographic. Over the next month, I received at least 10 different variations of that question, each one more maddening than the last.

Some men used a more subtle approach to their internalized racism. There was one conversation, in particular, that was especially disappointing. He was an East Coast native, as well, and the conversation was going great. We had so much in common, and then…it happened. I sent him a selfie, to which he replied, “Damn. You’re so pretty for a black girl.” I couldn’t decide what was more upsetting. Was it the flagrant micro-aggression? Or was it how pleased he seemed to be with what he thought was a unique compliment? He couldn’t understand why his remark triggered eyeball emojis instead of a humble, "Thank you!" Still, I maintained hope.

During a conversation with another guy about immigration at the U.S./Mexico border, he asked what I thought of Black Lives Matter. A little off topic, I thought, but finally! A man who, although he didn’t appear to be a POC, seemed interested in having intellectual discourse with a marginalized member of society. In response, I typed up a detailed reply explaining the movement the best I could. I even included links to think pieces I found relevant to his inquiry. My impassioned reply was met with, “I gotta say, BLM seems pretty toxic to me,” about a minute later. At this point, my patience had been worth thin. I felt like the people I met on dating apps pushed me to answer for and defend an entire race constantly. When I challenged this guy on his opinion, the interaction immediately turned hostile. He said that I was a "somewhat intellectual person" but that I had allowed my opinion on certain issues — like the border wall or the Black Lives Matter movement — to be clouded by identity politics. He told me I should "work on letting race go as an impacting factor." Needless to say, it wasn’t a love connection.

My most disappointing date was with a guy we'll call Josh*. We seemed to hit it off and exchanged numbers after only chatting in the app for a few days. I didn't see any red flags. We both happened to be binge-watching Brooklyn Nine-Nine and we bonded over our love of Asian cuisine. At Josh’s suggestion, we made plans to have our first date at a local Thai restaurant. Despite a promising start, Josh was not only 15 minutes late, but had, unfortunately, decided that his big opener would be running his hand through my newly-done braids and saying, “Oh, I forgot, I’m not allowed to do that, am I?" I realized the "nice," "chill" guy I had been chatting with online had clearly never had a conversation with a black woman before. And if the underhanded racism wasn’t enough to make me deactivate my account, this guy reminded me that some men still view women in an overly sexualized way. He thought he had license to touch me before our first date even started.

I won’t condemn dating apps entirely, but I now see them as a necessary evil. Encountering this kind of underhanded racism was unnerving, and as a WOC, its imperative for me to take a break from them every now and again. I’ve gained a new appreciation for organic interactions. These days, I’ve been making a conscious effort to spend more time with friends and doing things I genuinely enjoy. I may re-enter the dating app fray someday, but for now, I'm good.