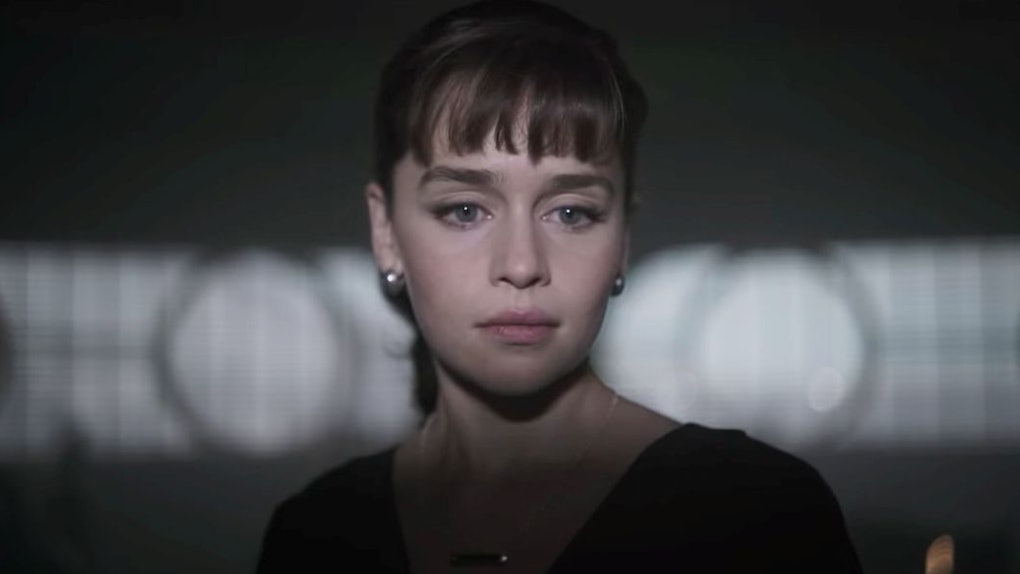 Qi'ra Can't Be Rey's Mother In 'Star Wars,' According To This Canon

Star Wars: The Last Jedi was notable for changing many plot points in the franchise's earlier canon, much like The Force Awakens did before it. But nothing frustrated a particular segment of the fandom more than the discovery Rey's parents weren't Skywalkers or Solos. When Kylo Ren tells her they were nobodies, junk traders who sold her for a fix, it's a gut punch moment, one some fans couldn't take. When Solo: A Star Wars Story came along, a theory was born that Qi'ra was Rey's mother. But Qi'ra can't be Rey's mother in Star Wars, as the canon proves.

But at least there was some logic. Qi'ra joins the dark side and moves up the power chain by overthrowing Dryden Vos. If perhaps in the next 10 years she too is defeated, she could wind up destitute with an abusive jerk who knocks her up, and they trade the baby for booze. It's improbable, but not impossible.

But it couldn't just be left at that. The theory had to tie in either a Skywalker or a Solo. S,o now the hypothesis is Rey's mother was Qi'ra... and her father was Han Solo. This makes her and Kylo half-siblings, one light and one dark. The irony, of course, is that the Skywalker half is dark and the Qi'ra, who joined the dark side, has the child of the light.

It's a nice theory, but it's nonsensical.

If one buys the idea that Han knocked Qi'ra up and she flies away at the end of Solo: A Star Wars Story carrying his child, it means Rey would have been born in 9 BBY, making her 15 years older than Kylo Ren, whose birth date in canon is 5 ABY. She's not. I mean, look at her. She's not. In fact, according to canon, Rey is born in 15 ABY, making her ten years younger than Kylo.

The only way this theory works is if Han Solo decided he and Leia were on a break and he decided to seek out Qi'ra. If she's still alive, she would have been a high ranking officer in the Empire by then.

Does this really seem likely, especially with the way the events of Solo turned out? The whole idea behind Solo's plot and Qi'ra's betrayal is crushing. So much so, Han never trusted anyone but Chewie again, until the day he picked up some old man and a farm boy at the Mos Eisley spaceport and wound up rescuing a princess.

Besides, can anyone picture Han betraying Leia? Qi'ra got one thing right about Solo. He's a good man. Too good to ever do that.

In conclusion, this theory is bupkis. Star Wars: Episode IX will arrive in theaters on Dec. 20, 2019.