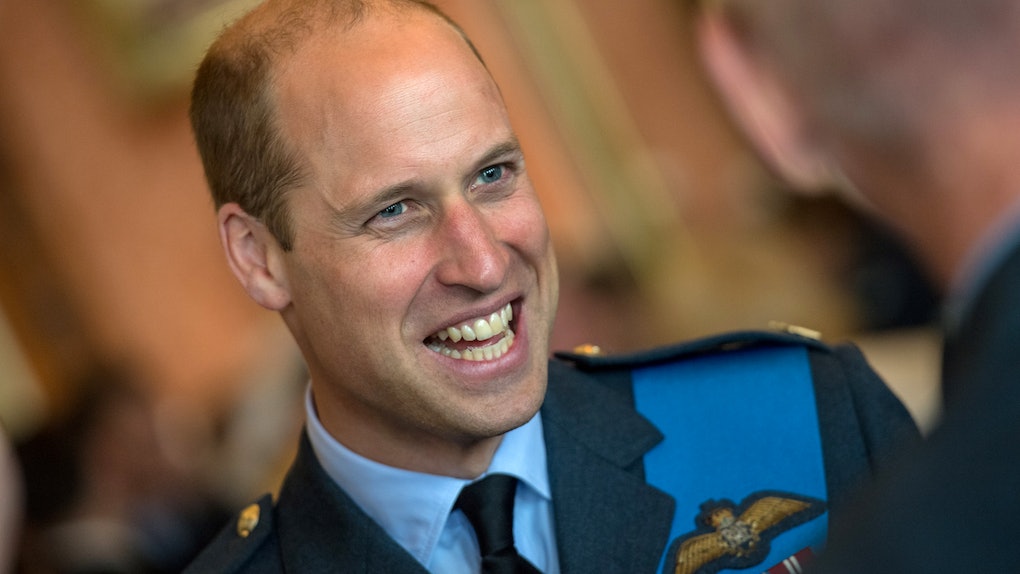 With the last year being all about the romance between Meghan Markle and Prince Harry, there's one handsome royal who's getting lost in the shuffle, and that’s the original Windsor babe, Prince William. If you think he's no longer crush-worthy just because he’s married with a few kids, you couldn't be more wrong. Want proof? Well, let's just say that Prince William's zodiac sign is Cancer (his birthday is June 21), and if you understand anything about astrology, then you'll know it's always a mistake to sleep on the Crab. Why? Because guys who are born under this sign are basically real life versions of Prince Charming — even if they are not, in fact, actual Princes. Which, hello? William is, making him all the more appealing — I mean, just for all the excuse of wearing fabulous hats alone!

But seriously, having lived so much of his life in the public eye, William has gotten very good at not revealing too much of his personal life. While that actually makes him an even better partner, it can be frustrating when you want to know more about his relationship with his wife, Kate Middleton. So while he may not be talking, we can still get some insight, based on what we know about Cancer men. So, here's what Prince William is like as a partner, according to his sign.

If there's one thing that Cancer men have over many other signs it's how connected and comfortable they are with their emotions. No toxic masculinity here! While it may be hard to draw a Cancer out of their protective shell, once you do they are incredibly loving and want to connect on a profoundly deep and spiritual level with their partner. Just be careful with a Cancer’s heart, because they're also a very sensitive sign. Once hurt, they retreat quickly back into their shell.

Not only is Cancer very loving, but they also crave security, so they're usually very family oriented. They value connections to their relations and have close friendships with their siblings, but they are also eager to create a family unit of their own. The bigger the better, but also, the sooner the better. Don't be surprised if they start talking baby names a few months into the relationship.

Once you become part of a Cancer’s inner circle, there are a few things you can count on: You can always trust them to be loyal, they will be protective and always have your back, and they don’t want to let go — like, ever. Yes, they can be a bit possessive, but mostly they just tend to get attached easily.

OK, now on to what we all really want to know: Can he put it down in the bedroom? The answer is yes! Here’s the thing about Cancer: They really only make love. If you want a crazy fling, find yourself an Aries or a Scorpio, but if you want to be worshiped and cherished from head to toe, then Cancer is your guy. It's partly because they are so in tune with their emotional sides and partly because they have trouble initially coming out of their shell, but Cancer isn't really that interested in having sex with someone they don't have some level of emotional attachment to. So, when they do get physical, they want to connect. Expect a lot of passionate kissing, eye contact, and sweet, loving sex talk — and, of course, for them to prioritize your pleasure. Hey, I told you Cancer knows what they're doing.

OK, so did your crush on Prince William just level up? Yeah, same. Harry who? Am I right?