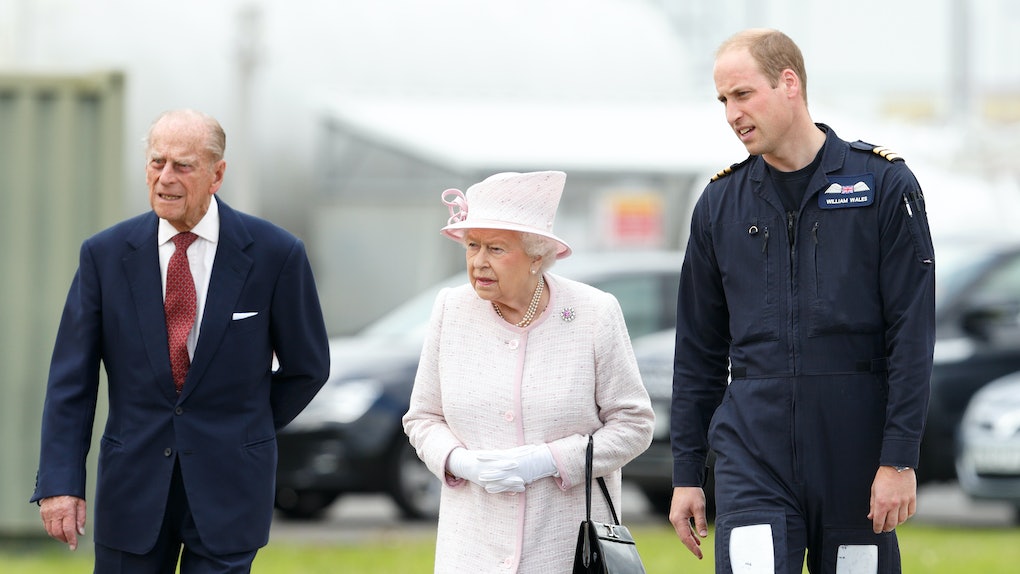 On Friday, April 9, Buckingham Palace announced Prince Philip — the husband of Queen Elizabeth II and the longest-serving royal consort in British history — died peacefully at Windsor Castle at 99 years old. Soon after, Prince Harry and Meghan Markle released a statement honoring him that read, "Thank you for your service... you will be greatly missed." Now, the Duke of Cambridge has taken a moment to publicly pay his respect. William’s statement about Prince Philip's death is an especially heartfelt tribute to his beloved grandfather.

"My grandfather’s century of life was defined by service,” William said on the official Duke and Duchess of Cambridge Instagram account on April 12. “I feel lucky to have not just had his example to guide me, but his enduring presence well into my own adult life — both through good times and the hardest days … Catherine and I will continue to do what he would have wanted and will support The Queen in the years ahead. I will miss my Grandpa, but I know he would want us to get on with the job.”

In his special eulogy, William got super personal. He noted that he’ll always appreciate the memories that his young children — George, Charlotte, and Louis — will have of their great-grandpa, who had an "infectious sense of adventure" and a "mischievous sense of humour."

Following news of Prince Philip's death, William and Kate first honored him by changing their Instagram picture from a smiling family photo with their three children to a joint monogram of their name. They did the same thing on Twitter, where they also updated their cover photo to a black and white picture of the Duke of Edinburgh. It was a subtle tribute, but the couple's followers thought it was their own way of processing their grief. "The Royal Family join with people around the world in mourning his loss," the royal family's official statement read.

Prince Philip's funeral is on Saturday, April 17. The ceremony will take place at St. George's Chapel, which is located at Windsor Castle. William will be attending the funeral, and so will Prince Harry. CNN reported Harry has already touched down in the United Kingdom as of April 12, while Meghan was unable to travel to attend due to her pregnancy.