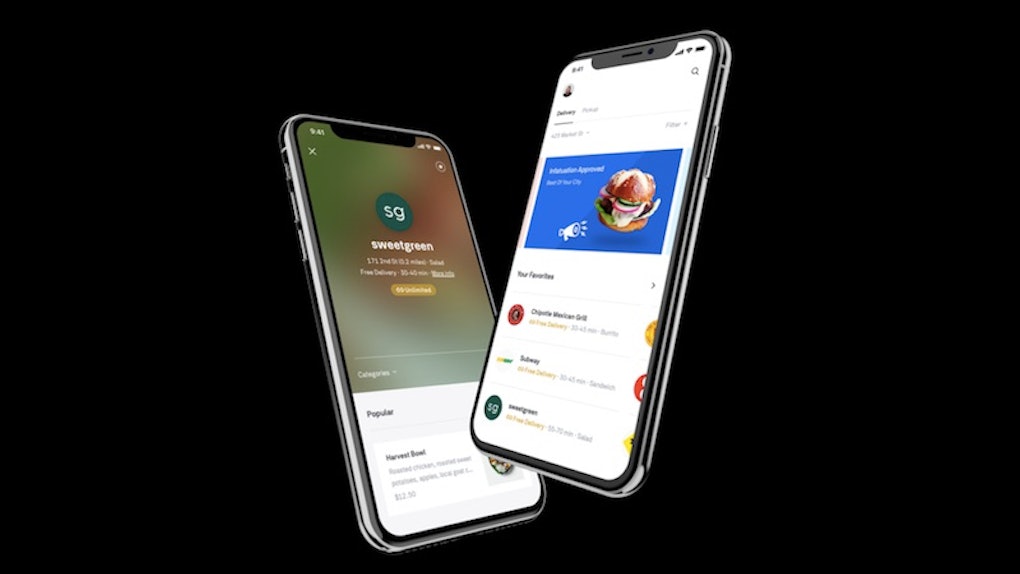 Postmates & The Infatuation's Partnership Will Get You Free Delivery In March, So Order Up

When it comes to ordering food, I am the worst at making decisions. To start the process, I usually spend a good 25 minutes deciding what I'm in the mood for. Then, I spend another 25 minutes scrolling through restaurant options trying to figure out which one I want to order from. It's a long process, to say the absolute least. Thankfully, Postmates is making the entire experience a lot easier, because it recently partnered with The Infatuation. This is especially cool because Postmates and The Infatuation's partnership will get you free delivery in March — so get your orders ready.

Before I get into details about the partnership (and the free delivery), I'll tell you a little bit about The Infatuation. In case you didn't know, The Infatuation is a website and mobile app that provides its users with authentic restaurant reviews. Anyone can log on, choose a city that's affiliated with The Infatuation, and explore reviews on the spot. The company's new partnership is a special one, because it'll help Postmates customers determine which restaurants to choose from based off of The Infatuation reviews.

In other words, both platforms are working together to help their customers choose the best restaurants to order from. As someone who's super indecisive, this means a lot.

That, my friends, is also where free delivery comes into the picture. From now until March 14, you'll be able to axe your delivery charge by using the code "INFATUATED" on your order. However, you'll need to order from the group of "Infatuation Approved" restaurants in order for the code to work, per Postmates. Before you get too excited, note that only a handful of cities are eligible for the promo. According to Postmates, those cities are as followed:

Andrew Steinthal, Co-founder and Chief Revenue Officer at The Infatuation, talked about the partnership in a press release. He said,

Postmates is a perfect fit for The Infatuation because both companies believe in the importance of helping people make the best and easiest restaurant decisions. This two-way collaboration brings a ton of value to our respective audiences and helps extend The Infatuation editorial presence through the vast exposure within the Postmates app.

This isn't where the partnership features end, though. According to Postmates, reviews by The Infatuation will soon be available when you click on a Postmates restaurant within the Postmates app. There's no telling when that will be, but you can download Postmates and keep yourself updated in the meantime.

Ah, yes. I can already tell that this partnership is about to making ordering food a lot easier.

More like this
This Virtual Tour Of Starbucks' Costa Rica Coffee Farm Is An Immersive Experience
By Lara Walsh
Why Don't I Have Twitter Spaces? Here's The Deal With The Audio Rooms Feature
By Lara Walsh
What Is "Cheugy"? The Definition Of This Viral TikTok Term Is Millennial AF
By Daffany Chan
Stay up to date