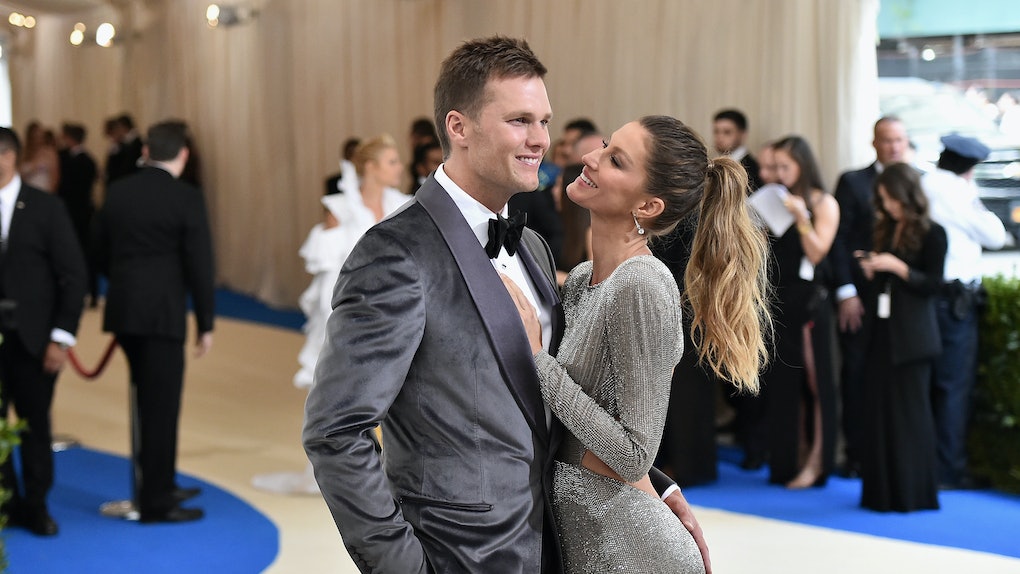 The Super Bowl is right around the corner and the only thing anyone can talk about is football, the Philadelphia Eagles, and the New England Patriots. If sports aren't your thing, there are two options — obsessing about the halftime show or checking out the social media pages of the players' model wives and influencer girlfriends. No couple in the sports world is as famous, notable, wealthy, or good-looking as Tom Brady and Gisele Bündchen. The couple lives a quiet life in Massachusetts, and both have managed to successfully raise their careers and family simultaneously. Photos of Tom Brady and Gisele Bündchen's kids prove they are the cutest family in (maybe) the entire world.

Bündchen and Brady have two children — 8-year-old Benjamin and 5-year-old Vivian. Brady also has a 10-year-old son, Jack, who he shares with his ex-girlfriend Bridget Moynahan.

Besides the adorable children, Bündchen and Brady are also hopelessly in love with each other. The two were married in February of 2009, and have definitely kept the romance alive. During an interview with Access Hollywood, Brady said,

I'm blessed to find this life partner that we all kind of seek at different times in our life. We found each other at the right time. We've been through a lot of ups and downs together, and in so many ways, that's kind of built our relationship so strong.

As far as Bündchen and Brady's first encounter, it wasn't exactly smooth sailing. In 2005, after her break-up with Leonardo DiCaprio, Bündchen found herself at a Patriot's game. While there, Bündchen was asked by the Boston Herald if she had her sights set on any of the players. Brady was still with his ex, Moynahan, at the time which caused Bündchen to say,

Tom Brady, definitely not too shabby. He’s cute, but if he has a girlfriend, he’s gay to me. There are too many men in the world to go after a man who has a woman. Life is too short.

Brady responded with, "Oh jeez, that's a little harsh." Don't feel too bad because the two officially met at the end of 2006. Brady was single and it was love at first sight, according to Bündchen. She said,

[He] smiled and I was like, 'That is the most beautiful, charismatic smile I’ve ever seen!'

As they say — the rest is history. Brady adores his wife, and has openly admitted he loves getting attention from her. He told Man of the World magazine,

I like attention from her, so when I’m not getting it I let her know in immature ways, like a young, immature child would. You throw fits and you pout and you whine until you get what you want.

I mean, we all want attention from Bündchen. They're adorable as a couple, and their kids only add more cuteness. Check out a few examples below:

Cheering on dad during football games.

It's safe to say these kids are definite Patriots fans.

A casual beach day with Tom and Gisele (aka mom and dad).

Bringing the kids to work.

Casual yoga in the living room.

TOO MUCH CUTENESS. Brady may be a stud on the field, but Bündchen is an inspiration at home. She's a self-proclaimed avid gardener, yogi, and keeps the family super healthy. Brady is definitely appreciative and shared his feelings in a special Facebook post after Bündchen walked in Colcci's show at Saõ Paulo Fashion Week in April of 2015. The post said,

Whether Brady is a winner on the football field or not, he definitely won the wife and family lottery. I hope 2018 brings more Bündchen and Brady.