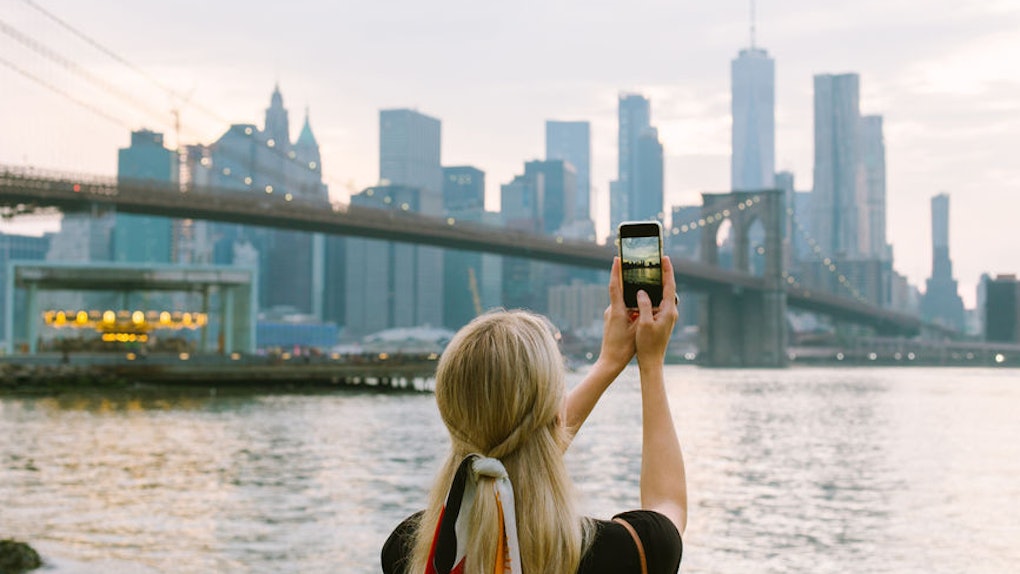 If you're a fan of Oreos, you've probably noticed the surplus of new selections that've hit the shelves throughout the past year or so. Between Cherry Cola-flavored creme, Pistachio Thins, the "Most Stuf" cookies, and so many more, the sweet releases have been overwhelming (in the best way). Believe it or not, Oreo has a new surprise up its sleeve — and it's not a different flavored cookie. Instead, the company is hosting a sweepstakes that'll give customers the chance to win a ton of Oreo-themed prizes. What's even better is that whoever enters Oreo's "The Stuf Inside" sweepstakes will automatically have a chance to win a trip to New York City. Possible merch and a trip to The Big Apple? Sign me up.

Oreo announced The Stuf Inside sweepstakes via press release on Thursday, Jan. 24 alongside its latest cookie reveal. According to Oreo's release (which was emailed to Elite Daily), the company officially announced that their Most Stuf Oreo cookies are available in stores nationwide for a limited time. In case you haven't seem them yet, the Most Stuf cookies live up to their name by offering the most creme ever.

That's, like, a lot of creme. In fact, there's so much "stuf" inside each cookie that only 18 of 'em come in each package — but I digress.

I don't know about you, but I'd be more than happy to twist one of those cookies open, eat the creme inside, and then dip the wafers into some milk. Apparently, that's exactly what inspired Oreo's Stuf Inside sweepstakes. According to the company's press release, the sweepstakes turns Oreo eating into a virtual experience where people can twist virtual cookies open online with hopes of revealing different prizes. Some of those prizes include Oreo x Grado headphones, an Oreo K2 Snowboard, an Oreo-themed Jeep Wrangler (!!!), and more.

Thankfully, entering the sweepstakes is super easy to do. Starting on Feb. 4, 2019, customers can visit TheStufInside.com and start the process. According to Oreo, contestants will be able to scan one Oreo cookie per day with their phone or tablet — and that cookie will turn into a virtual Oreo online. Then, they can twist it open on the website to see if they've won any cool gifts. Anyone who wants to enter the sweepstakes can twist open one virtual cookie every day until March 6, 2019.

As I previously mentioned, those who enter The Stuf Inside sweepstakes will automatically be entered to win the grand prize, which is a trip for two to New York City. During the trip, the winner and their plus one will be taken to see Waitress on Broadway, which is a pretty special opportunity. According to Oreo, the grand prize winner will be chosen randomly on or around March 7. Then, they'll be notified by email — so pay close attention to your inbox.

Justin Parnell, Senior Director or the Oreo brand, talked about the other exciting gifts in a press release. He said, "The Stuf Inside promotion uses technology to give fans a new, fun way to engage with Oreo by scanning an Oreo cookie to unlock a playful virtual experience with deliciously unexpected prizes."

Between Oreo-themed merchandise and a possible trip to New York City, I'd say that entering the sweepstakes is worth it. If you want to give it a go, buy your favorite Oreos and get ready to scan 'em when February comes around.