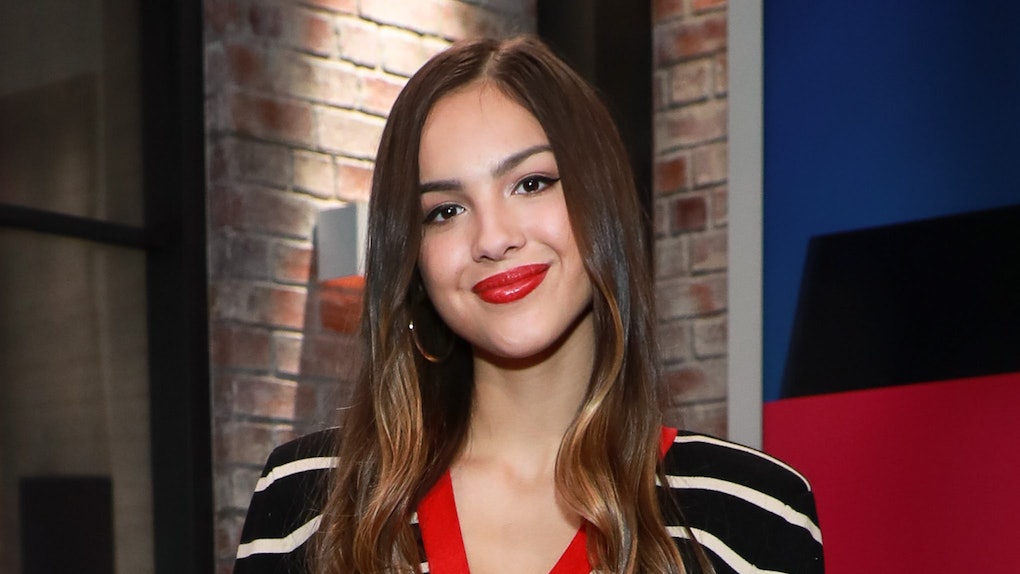 Olivia Rodrigo fans, get excited, because new music could be headed your way soon. The High School Musical: The Musical: The Series actor stunned music lovers in January 2021 when she released her first single, the chart-topping breakup anthem "Drivers License." It was an emotional hit that left fans ready to hear even more from the star, and now it seems like she's officially back at it. Olivia Rodrigo's Instagram videos teasing new music have fans so pumped for another bop.

On Friday, March 26, the singer-songwriter removed all of her previous Instagram posts, later uploading two mysterious silent videos hinting at what's to come. The first one, also posted on Friday, shows a time-lapse of an ice cream cone melting playing on a retro television. The second one (posted on Saturday, March 27) features the same TV, this time playing footage of a drive by the ocean.

Rodrigo is a dedicated Swiftie, and many fans also noticed these cryptic social media teasers are a tool straight out of her idol Taylor Swift's playbook. Fittingly, the last post the 18-year-old shared before wiping her Instagram account was a pic of her and singer Conan Gray taking in Swift's newest single, "You All Over Me."

Swift may be a major influence on Rodrigo, but she's already made it clear she has plenty of big music ideas of her own. In a Feb. 4 interview with Nylon, the singer said she already had a clear artistic vision for her debut album. "I want it to be super versatile. My dream is to have it be an intersection between mainstream pop, folk music, and alternative rock," Rodrigo said. "I love the songwriting and the lyricism and the melodies of folk music. I love the tonality of alt-rock. Obviously, I'm obsessed with pop and pop artists. So I'm going to try and take all of my sort of influences ... and make something that I like."

She also revealed she's already completed eight songs she's "happy" with, so one of those could be coming super soon. Between teasing new music and starring in the upcoming HSMTMTS Season 2, one thing's for sure: 2021 is definitely Rodrigo's year.