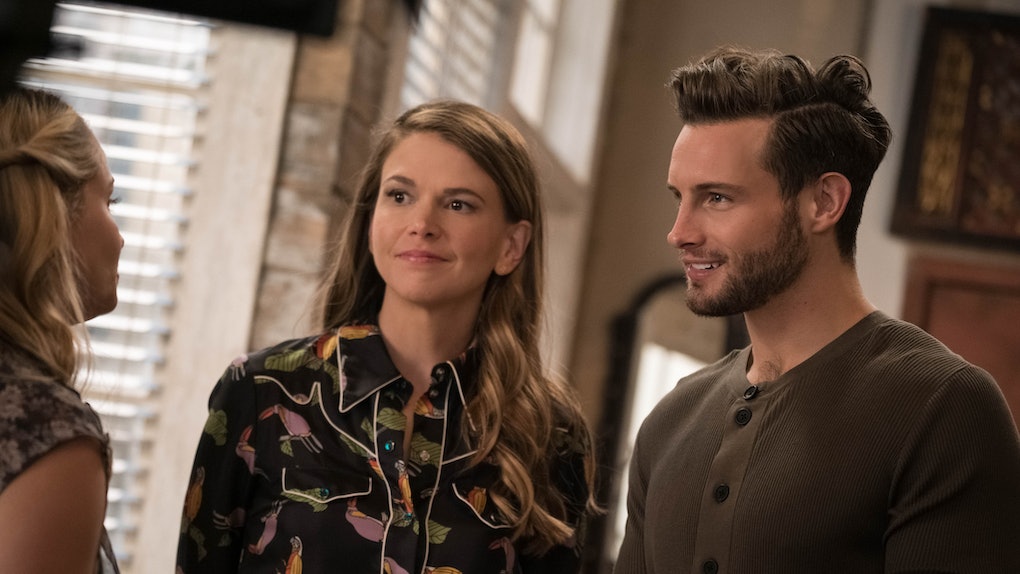 'Older,' A 'Younger' Book Sequel, Reveals What Happens To Liza After The Show

The story of Younger is perfect for the modern era woman. Take a mom who married young, suddenly a divorced, empty nester in her 40s, unable to get hired because of ageism and the years she took off to be a mom. She's suddenly mistaken for 29, and viola, her life begins anew with a job and hot boyfriend, as long as she can live with one 15-year sized secret. Of course, the novel was a hit, as is the TV adaptation currently airing on TV Land. The success has now spawned Older, a Younger book sequel, so fans can find out how it all turns out.

The original Younger starred Alice as the 40-something suddenly living a millennial lifestyle, thanks to her new boyfriend Josh, who assumed her to be under 30. The TV series adjusted her name to Liza but kept the rest of the story the same. Of course, with the show a hit, and six seasons in, Liza is now 46 and counting, a fact the book sequel takes into account.

Written by original author Pamela Redmond, the new sequel keeps the change in name from Alice to Liza. It also sets itself in the future, giving the show space to run for a few more years. But the details might surprise readers and fans of the show.

According to the synopsis, Older begins with Liza having just celebrated her 50th birthday and looking back on her last decade's events. She's also just published a brand new hit novel detailing those years, titled Younger, of course. In it, Liza dishes on pulling off pretending to be 29, and the toll it took on her relationship with Josh, which is now over. Notably, Charles, the age-appropriate love interest she meets at her new job, does not seem to have stuck around either.

In a case of art and life in art and real-life all getting a little twisted together, Liza's new drama involves an offer to turn Younger into a TV series. Of course, this means Liza will have to move to Hollywood, where ageism isn't just an issue; it's a lifestyle. In an excerpt of the book published on Bustle, Liza realizes things are about to get more complicated when Josh is suddenly single again.

Will Liza move to L.A. or stay in New York to rekindle things with Josh? Perhaps more importantly, will Older get picked up by TV Land and turned into a TV show and continue the circle of life?

Fans can at least find out the answer to the former, as Older is out on bookshelves now.

More like this
5 Books By Lee Swift, AKA River On 'The Circle,' To Read Right Now
By Rachel Varina
Disney+'s 'Loki' Trailer Reveals Key Info About Marvel Fans' Favorite Villain
By Ani Bundel
Will ‘The Falcon And The Winter Soldier’ Get A Season 2? This Could Be A Hint
By Ani Bundel
Stay up to date