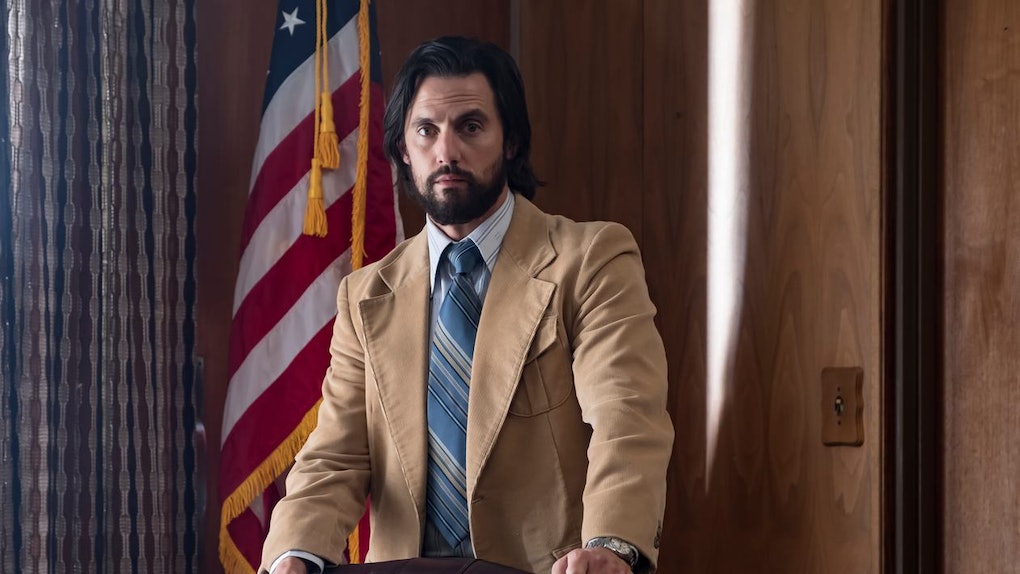 While watching the Super Bowl episode of This Is Us, your heart rate probably slowed a bit once Rebecca and Jack went to the hospital for treatment of Jack's burns after escaping the house fire. Fans definitely sensed something ominous when calls of "code blue" rang out in the background as Rebecca busied herself with phone calls and getting a candy bar. You may have been concerned for Rebecca once you realized she was missing out on Jack's last moments, but no emotion compares to the severe anxiety nurses everywhere felt at the time. On Twitter, nurses' reactions to Jack's death suggest that doctors didn't do enough to save him from his symptoms. First George the neighbor, now the medical staff... can we trust no one?

After experiencing intense smoke inhalation thanks to his heroic rescue of the family's sentimental items and dog, Jack's lungs were strained, and he went into cardiac arrest soon after a doctor diagnosed him. Even those with an untrained eye could tell he wasn't looking his best at the hospital, but medical professionals were freaking out about the TV doctors not paying enough attention to the specifics of the case. You know how they say you should often trust your nurses more than your doctor? The Pearsons definitely could've relied on some of the nurses watching last night.

From pointing out that Jack didn't keep on an oxygen mask to saying that he needed an intubation, these nurses hinted that Jack may have turned out fine if the staff worked more closely with him. You could also argue that if Rebecca was in the room with him, she could've called a nurse sooner upon his cardiac arrest.

Regardless of how the doctors may have failed Jack, fans picked up on how the detail of Jack dying alone affected his kids. One viewer reminded others that, in Season 1, Randall was insistent that a stubborn William have a nurse so that he wouldn't die "while no one was watching." He also stayed with his biological father until William's last breath, giving him the peaceful death that his other father never had.

Well, excuse me while I sob about the episode all over again.

Although Milo Ventimiglia was instructed not to show too many signs of Jack being in bad shape, he told Entertainment Weekly that the likelihood of Jack surviving that much exposure to the inferno was slim to begin with:

[Executive producers] even said, 'Mi, we know that the intake of smoke is what ultimately kills Jack, but we don’t want to tip that off. We want to have you not cough, we want to have you not do anything, but we have to show some kind of discomfort.' So among the three of us, we put in there me clearing my throat a lot, or just being a little more still and focused and almost just distant from what was happening, but still trying to hold that little thread of nostalgic Jack in there... but the real-life statistics of smoke inhalation is horrible. A house fire like that — if you’re in that kind of smoke for five seconds and you take two full, deep breaths in, you’re done. You’re just done.

This isn't the first time a TV medical trauma put nurses in distress. Many viewers are comparing the hospital's oversight to Derek Shepherd's death on Grey's Anatomy. Although fans knew Derek needed a head CT after being injured in a car crash, doctors didn't arrive at this solution until it was too late.

And the lesson of these traumatic TV hospital visits? Networks should probably avoid airing those TV Doctors of America commercials for now.

This Is Us returns on Tuesday, Feb. 6, at 9 p.m. ET on NBC. Here's hoping that the show gives nurses a somewhat more peaceful hour of TV this time.

More like this
Ellen Pompeo's Response To Jesse Williams Leaving 'Grey's Anatomy' Is Emotional
By Cianna Garrison
William & Kate's New YouTube Channel Is Getting Mixed Reactions
By Brandy Robidoux
John Legend's Quotes About Sharing The Details Of Baby Jack's Death Are About Community
By Sydney N. Sweeney
Stay up to date