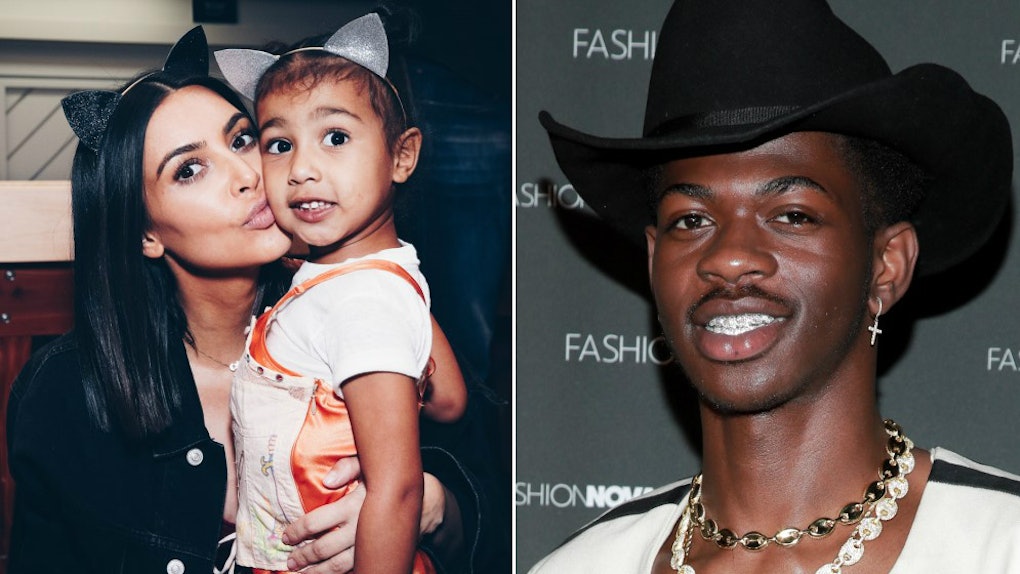 What happens when you combine North West with “Old Town Road” and a camera? Well, you get a very interesting music video. North West’s music video for “Old Town Road” by Lil Nas X and Billy Ray Cyrus is pretty epic and it’s already going viral. The talented 6-year-old made her directorial debut on a new music video that her mom, Kim Kardashian, shared on Instagram. Of course, this isn’t professional-level directing, but it’s definitely impressive.

According to Kardashian’s May 14 Instagram post, North was 100% responsible for all the conceptual stuff in the video.

“What we do on maternity leave.... Directed and Choreographed by North 🤠 @lilnasx,” Kardashian wrote in the caption of the post.

And when you actually watch the video, it’s pretty clear that North wanted it done her way or no way at all. For example, at the start of the video, Kardashian can be seen walking down the hallway wearing a cowboy hat and strumming a guitar. But in the background, you can hear North say, “That is not how you do it.”

From then on, the video features North and North only. She clearly has the cowgirl strut down to a science and she’s even wearing a Jessie (from Toy Story) costume. So, North definitely came prepared to make this video the best it could possibly be. At certain points in the video, she’s lip-syncing along to “Old Town Road” and then showing off her dance moves. It’s super cute.

If you haven’t seen North’s music video for “Old Town Road,” you can check it out down below:

How adorable is that! The video comes just days after Lil Nas X asked Kardashian on Twitter if she could send him a photo he took with Kanye West. In the photo, you can see Lil Nas X and West looking at the camera while North looks on looking rather disinterested.

Kardashian shared the photo of Lil Nas X and West on Twitter:

Lil Nas X’s response was pretty funny. “North was not feeling me,” the rapper wrote in response to Kardashian’s tweet. I guess the video for “Old Town Road” was North’s way of saying she liked him after all. And, really, what a way to send a message. Too cute!

So, what did Lil Nas X think of North’s video? Well, he loved it, of course. Shortly after Kardashian shared the video on social media, Lil Nas X responded with, “y’all really just made my entire week. thank you!”

All in all, it seems like North and Lil Nas X have patched things up, though I think North probably liked him just fine to begin with. One thing is for sure, though: North is a huge fan of “Old Town Road” and showed how much she loves it with her music video. I wonder if North will be featured in the official music video for “Old Town Road,” which will be released on Friday, May 17. I guess that remains to be seen. In the meantime, everyone will just have to sit back and enjoy North’s video for the song.