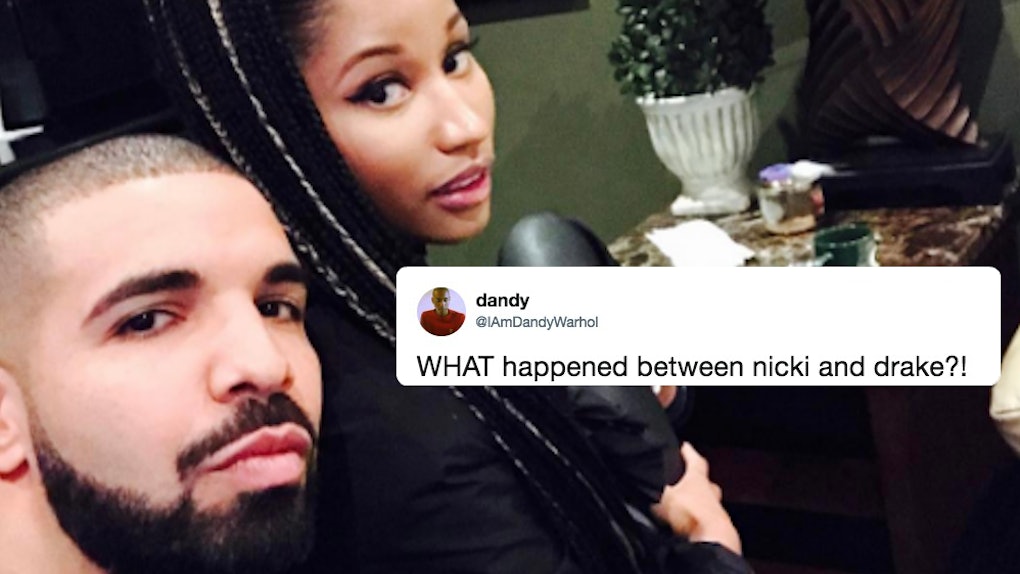 Nicki Minaj Shaded Drake In Her "Hard White" Music Video, According To Fans On Twitter

Nicki Minaj just dropped her music video for "Hard White," and let's just say there's a lot to take in in the 3-minute, 14-second masterpiece — including, of course, a hint of shade. We've come to expect a dash of amazing bars, gorgeous outfits, stunning visuals, and a touch of some jaw-dropping shade from all of Nicki Minaj's music videos. "Hard White" delivers on every item in this winning recipe, because Nicki Minaj shaded Drake in her "Hard White" music video, according to fans on Twitter. And if you weren't watching suuuuuuuper closely, you may have missed it.

If you're not familiar with Minaj's "Hard White," it's all about Minaj addressing that back in the day, during her come up, she would have to work twice as hard just to get half back in return. The lyrics of the track actually start:

Now that you know all about the song, check out the music video below:

So, did you spot the supposed Drake shade Twitter is going on about? Don't worry, I'll fill you in if you didn't catch it.

The supposed subtle jab at Drake appears at the 1:33 mark when a whole, freaky AF scorpion appears on screen in the sand and is immediately dismembered into multiple pieces in the blink of an eye. And warning: If you're remotely afraid of bugs, you're gonna want to cover your eyes at this point, because this thing looks, like I said, freaky.

And here it is in its dismembered state:

Twitter is finding this little blink-and-you'll-miss-it moment shady because, well, Drake has a whole album called Scorpion, so this visual seems a bit too pointed to be a coincidence.

Most fans are eating the shady moment up, no questions asked.

While other fans are just wondering, "Why the shade?"

Nicki Minaj did shade Drake on her other hit track "Barbie Dreams" when she rapped, "Drake worth a hundred mill, he always buyin' me sh*t / But I don't know if the p*ssy wet or if he cryin' and sh*t."

Yeah, that's definitely super shady. But Minaj has said in follow-up interviews that the Drake diss in "Barbie Dreams" was never meant to be taken too seriously.

So the question now is, was this shade in "Hard White" serious? I mean, a lot can change in the five months between when Minaj's Queen album dropped in August and now. So, what? Does Minaj think that she works twice as hard as Drake to get half back? Or was this scorpion shot just random and we're all just reading too far into it?