If you felt hopeless about love in the wake of Ariana Grande and Pete Davidson's breakup, don't worry. There is still one small glimmer of hope left for us when it comes to Hollywood romance: Priyanka Chopra and Nick Jonas. Of course, I don't know either of them personally and don't have a ton of intel on what they're like behind closed doors. But on social media, it appears as though the two are very much in love. Their most recent display of affection? Nick Jonas' Jonas Brothers lyric about Priyanka Chopra on Instagram.

Yep, that's right. He flirted with his bride-to-be using a sexy line that only a true JoBro fan would be able to spot from a mile away. If you don't fall under that category, let me give you a little bit of backstory here.

Back in 2008, Nick Jonas's boy band with his brothers, The Jonas Brothers, released a hit song called "Burnin' Up." One verse of the song went, "I fell (I fell)/ So fast (so fast)/ Can't hold myself... Back/ High heels (high heels)/ Red dress (red dress!)/ All by yourself/ Gotta catch my breath!"

Needless to say, when Chopra posted a picture of herself in a red dress on Instagram, Jonas had to make a reference to the lyrics.

Chopra captioned the picture of herself in the red dress with her arms wrapped around Jonas, "Bae ❤️@nickjonas."

In pretty much what has got to be the most perfect response ever, Jonas commented on the picture, "REEEDDDD DRESSSS," followed by three burning flame emojis.

Luckily, @CommentsByCelebs caught the perfect comment and posted it on their page.

As you can imagine, the people loved it. One user finished the song by commenting the lyrics, "CUZ IIII'M BURNIN UP BURNIN UP FOR YOU BABEYY."

Oh, also, a lot of people are (naturally) citing the amazing Jonas Brothers reference as the reasoning for their deaths. "He just quoted burning up my 11 year old self just died," one user wrote. "He quoted burning up IM DEAD," said another. OK, obviously I know these people aren't actually dying. But it just highlights the fact that this is such a big deal that true Jonas Brother fans are on the verge of death. Of death!!

This isn't the first time that Jonas has paid tribute to his boy band roots in front of Chopra. The couple visited St. Catherine Orphanage in India a couple of months ago where Jonas decided to serenade the children with the JoBros song, "Love Bug." Don't worry, guys. There is actually video footage of this insanely adorable thing happening. 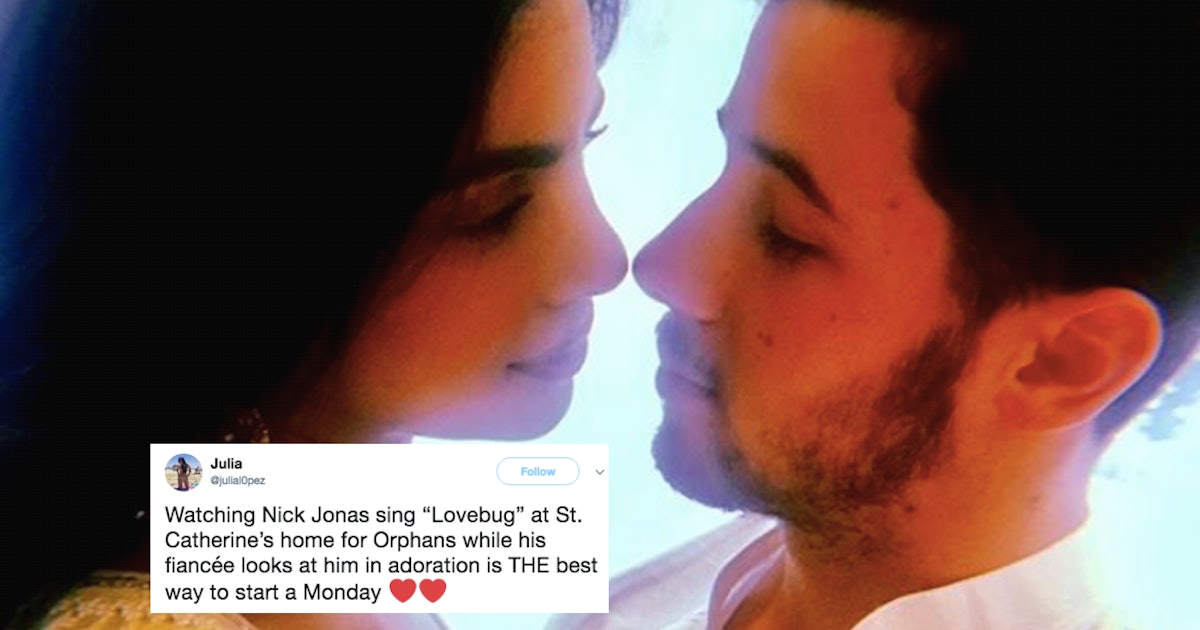 Now, I didn't know Chopra a decade ago when the JoBros were sweeping the nation but I really think that, based on her reaction in that video, she is definitely a fan.

So... yeah, I don't think we have to worry about her getting the "red dress" reference.