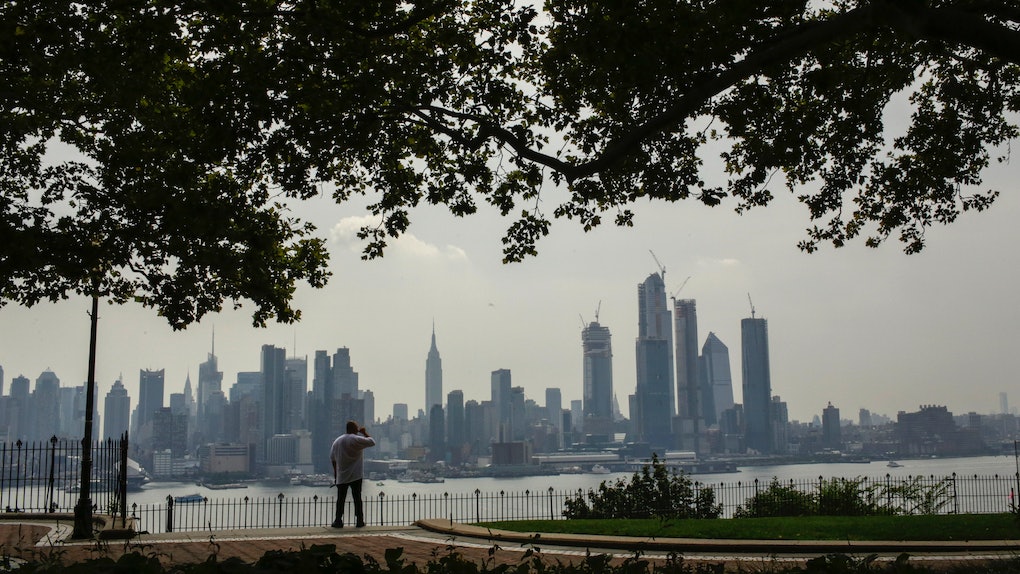 A new bill in New York may soon change how the state's legal system approaches sex work. On Monday, June 10, a historic bill was introduced to the state legislature that could make New York the first state in the country to fully decriminalize sex work. Among other goals, New York's sex work bill aims to improve the lives of sex workers by removing criminal penalties associated with sexual labor.

The bill, called the Stop Violence In The Sex Trades Act, was introduced to the New York Senate by Senators Jessica Ramos and Julia Salazar, and taken to the New York State Assembly by advocacy group Decrim NY, which played a large part in drafting the bill. According to The New Republic, the bill has several goals, including removing criminal penalties associated with adults selling and buying sex; repealing laws that have criminalized places sex workers work, including fines and penalties imposed on landlords in buildings where sex is exchanged; removing prohibitions on "promoting" prostitution, which can criminalize entire groups of sex workers who work together; and eliminating convictions for offenses that would no longer be criminal under the bill. According to The New Republic, sex work cases that involve force, intimidation, or minors would still remain criminal under the bill, as would human trafficking.

Audacia Ray, the director of community organizing and public advocacy at the NYC Anti-Violence Project, worked on drafting the New York bill and wrote on Twitter that policy and culture changes are needed around sex work. Ray also wrote, "we must center people who are directly impacted by criminalization and violence." When considering who's impacted, The New Republic noted that 1,500 people were arrested in New York City on prostitution-related charges in 2018 — most of those arrests were sex workers of color, trans sex workers, and immigrant sex workers.

The bill would make New York the first state to decriminalize sex work across the board. Although sex work is legal in parts of Nevada, it is still illegal in some counties.

Though New York's bill would be the most comprehensive sex work bill in the United States, it's not the only one in the works. Four Washington, D.C. council members also introduced a revised sex work decriminalization bill on June 4. The bill, called the Community Safety and Health Amendment Act of 2019, aims to "remove certain criminal penalties" associated with sex work with the goal of promoting public health and safety. According to DCist, sex work charges in the city more than doubled between 2017 and 2018 — in 2017, 228 people were charged with crimes associated with sex, whereas in 2018 the number was over 550.

As the push to decriminalize sex work starts reaching state legislatures, 2020 presidential hopefuls have started sharing their views on the issue, too. Sen. Kamala Harris, for example, recently told The Root she would consider decriminalization of sex work when talking about "consensual adults." Sen. Cory Booker also told BuzzFeed News last month that he thinks sex work should be decriminalized. It should be noted that both Harris and Booker supported FOSTA-SESTA, House and Senate bills that became law in April 2019 with the goal of targeting websites where sexual services are advertised. The law was controversial, and was heavily criticised by the sex work community.

According to The New Republic, a vote on New York's sex work decriminalization bill isn't expected this session, but the movement behind the bill has a lot of power. Stay tuned.