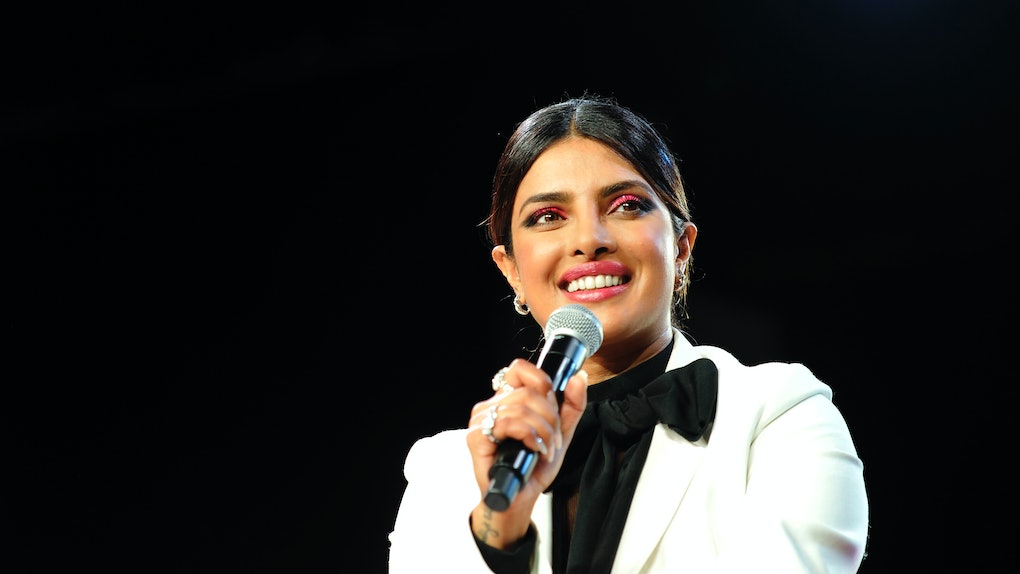 For most streamers, Netflix is the default setting for when you want to watch something easy. It's a channel for adult activities, such as "Netflix and Chill." But while most college-aged viewers share their Netflix accounts with Mom or Dad, for those who are now having children of their own, Netflix is one of the best sources of children's TV. From Ask the Storybots to She-Ra, the streaming service is a great source of entertaining and educational programming. Now the newest kiddie film, Netflix's We Can Be Heroes will star Priyanka Chopra Jonas, so everyone can enjoy.

The show's name may be taken from a David Bowie song, but this is not a spinoff of something viewers have seen before. The brand new concept is from director Robert Rodriguez, best known for such fare as the family-friendly Alita: Battle Angel and Spy Kids.

There isn't much known about the project at this time. When Deadline first announced it, the description called the upcoming series "under the radar" suggesting that Netflix was trying to keep details under wraps.

The under-the-radar project will see alien invaders kidnap Earth’s superheroes, meaning a group of children have to team up to save their parents and the world.

The initial announcement named international superstar Priyanka Chopra Jonas as part of the cast, but did not add anyone else. Chopra Jonas is best known here in the states for starring in Quantico, as well as, well, being the one who married Nick Jonas.

But after a bit of pushing, Deadline got the scoop on the full list of who will be joining her:

Robert Rodriguez’s upcoming superhero pic We Can Be Heroes has just added a flood of talent to their robust ensemble. Christian Slater (Mr. Robot, The Wife), YaYa Gosselin (FBI Most Wanted, The Purge), Akira Akbar (Captain Marvel, This Is Us) and Pedro Pascal (Narcos, Wonder Woman 1984) are set for the movie which is currently shooting in Texas.

But that's not all. The cast is startlingly stacked for a film that has been kept so quiet.

The show is so under-the-radar even though this is the first anyone has heard about it, production is already underway. According to Deadline's reports, filming is currently happening down in Texas. It also refers to it as a superhero pic for Netflix's Original Films. Though one would assume if it is a hit, there will be a sequel to come.

We Can Be Heroes is expected to debut on Netflix in 2020.

More like this
The Soundtrack For Netflix's 'The Irregulars' Season 1 Is Such A Vibe
By Ani Bundel
Is Netflix Making A 'To All The Boys' Spinoff Series About Kitty? Here's The Tea
By Rachel Varina
Netflix's 'The Circle' Season 2: Release Date, Cast, Trailer, & More Info
By Ani Bundel
Stay up to date