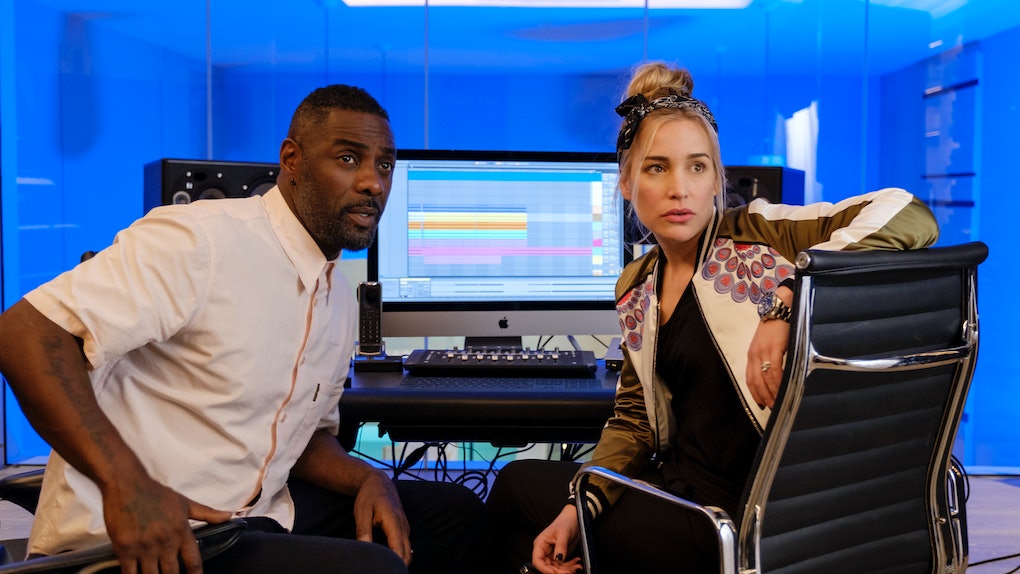 Idris Elba is a dreamboat of an actor. Named the Sexiest Man Alive just last year, he's been a fan favorite to take over suave and debonair roles like James Bond for nearly a decade. He's also multi-talented, working as a DJ alongside his A-list level acting career, performing for luminaries such as Prince Harry and Meghan Markle. The latter is why fans were excited to hear he'd be putting those DJ skills to use in Netflix's newest show, Turn Up Charlie. However, the Turn Up Charlie trailer suggests Elba might also have taken the role because it gives him a chance to play against the sexy and suave type.

Charlie (Elba) is a DJ, and the opening shots make it look like he's one of those high-profile, major DJ stars, a character on par with stars like deadmau5, Marshmello, or The Knocks.

Then someone turns on the lights and, well, not so much. Charlie may have been on his way to being a big deal once, but he's fallen on hard times. He's that guy who is always just one gig away from being able to pay you back the money he borrowed, desperately sweating to land something, anything to help him catch the big break which never quite materializes.

Called upon by one of the A-listers in his field, Charlie thinks this is finally it, his big break to play in front of millions, only to discover she wants to hire him as a nanny for her 11-year-old daughter. Far from the most glamorous job on the planet, Elba leans into the fish-out-of-water aspect of suddenly being asked to model adulthood for a child, one who has spent most of her existence making the lives of her caretakers hell.

Turn Up Charlie centers on the titular Charlie (Idris Elba), a struggling DJ and eternal bachelor, who is given a final chance at success when he reluctantly becomes a ‘manny’ to his famous best friend's problem-child daughter, Gabby (Frankie Hervey).

As the trailer suggests, Gabby and Charlie will wind up becoming best friends, and perhaps the two of them will help each other out along the way.

This series is not Elba's first time doing comedy, but it is the first of his comedic series that will air on this side of the pond. UK fans got to see him in Sky One's In the Long Run last year, a series loosely based on Elba's own life. Set in the 1980s, Elba played an immigrant from Sierra Leone who moves to London.

Turn Up Charlie will start a bit of a run for Elba here in the states of high profile roles. In June, he'll return to PBS' Luther for a fifth and possibly final season, as DCI John Luther, the part that made him famous. Then later this summer, he'll star alongside Dwayne "The Rock" Johnson and Jason Statham in the Fast & Furious spinoff, Hobbs & Shaw.

Turn Up Charlie arrives on Netflix with eight episodes on Friday, March 15, 2019.