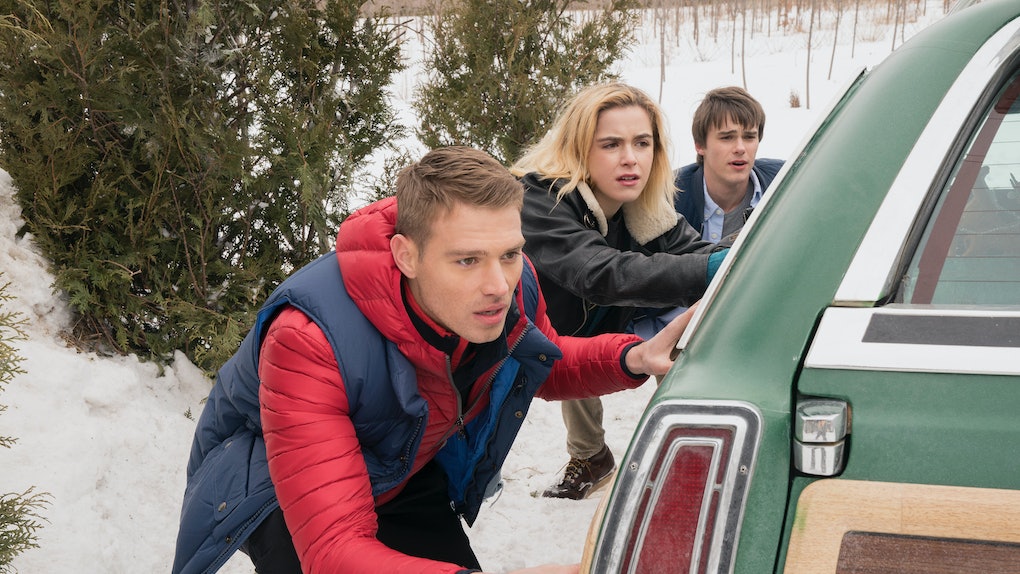 Netflix's 'Let It Snow' Is Full Of Life Lessons, According To Its Cast — EXCLUSIVE

Netflix's Let It Snow is full of holiday movie clichés. There's a scramble for a last-minute Christmas gift, several big proclamations of love, and a picture-perfect snowy backdrop for it all. But despite fulfilling all those stereotypes, Let It Snow still manages to stand out from all the other holiday movies — and fans of the genre know there are a lot of them out there. According to the Let It Snow cast, the movie is full of life lessons, and the super-earnest way it conveys those lessons makes for the perfect heart-warming holiday entertainment.

Warning: Spoilers for Let It Snow follow. Christmas is usually a holiday that people spend with family, so most of these types of movies focus on the family dynamics at play during this holiday. Let It Snow, though, strays from that formula by focusing more on the friendships and sparks of romance among a group of teens, so the messages in the film really are perfectly aligned with what young adults might need to hear this time of year.

The cast of Let It Snow is hopeful their characters will inspire fans with a few of the important lessons they discovered while making the movie.

1. Christmas Traditions Looks Different To Everyone

A lot of the characters don't have family plans for the holidays, including Shameik Moore's character Stuart. Stuart is a pop star, so his Christmas is spent on the road, far from his family. Even though not everyone can relate to Stuart's celebrity status, Moore thinks fans can connect to his character.

"I realized that not everybody has somewhere to be on Christmas or someone to experience Christmas with," Moore tells Elite Daily. "Hopefully this movie brings some warmth, understanding, relatability, to those people out there."

Other members of the cast agree that Let It Snow can hopefully help audiences feel a little less alone during what can be a pretty lonely time of year. Odeya Rush, who plays Addie, believes the movie can provide fans with some relief and comfort.

"At the end of the day [people] want to watch this," Rush says. "They want to watch something that will make them feel good inside."

2. If You Love Someone, Tell Them

In one of the major plot points of the movie, Mitchell Hope's character Tobin professes his love for his best friend Duke (Kiernan Shipka), and even Matthew Noszka, who plays Duke's other potential love interest JP, is inspired by Tobin and his journey to love.

"There’s probably a lot of people out there that are going to gain confidence from his doubt with telling the one person that he’s been friends with his whole life that he loves her," Noszka explains. "And he’s going to empower a lot of people to be like, 'You know what? I love you.'"

Noszka adds a caveat that he can't guarantee those real-life confessions of love will go as well as they do on screen, but at least people will be inspired. He says, "[It] could go really well, and it could go really bad, but [Tobin is] going to give people the confidence."

Speaking of confidence, Hope adds that Tobin's experience will hopefully help people with "standing up for yourself and being able to assert yourself." Tobin stands up for himself against bullies in the movie, and totally wins out in the end, which is something that can inspire fans everywhere to do the same in their own lives.

For a movie that clocks in at just over 90 minutes, Let It Snow packs in a lot of wisdom that can be helpful all year-round — along with all the typical holiday cheer it brings, of course.

Let It Snow is available on Netflix now.