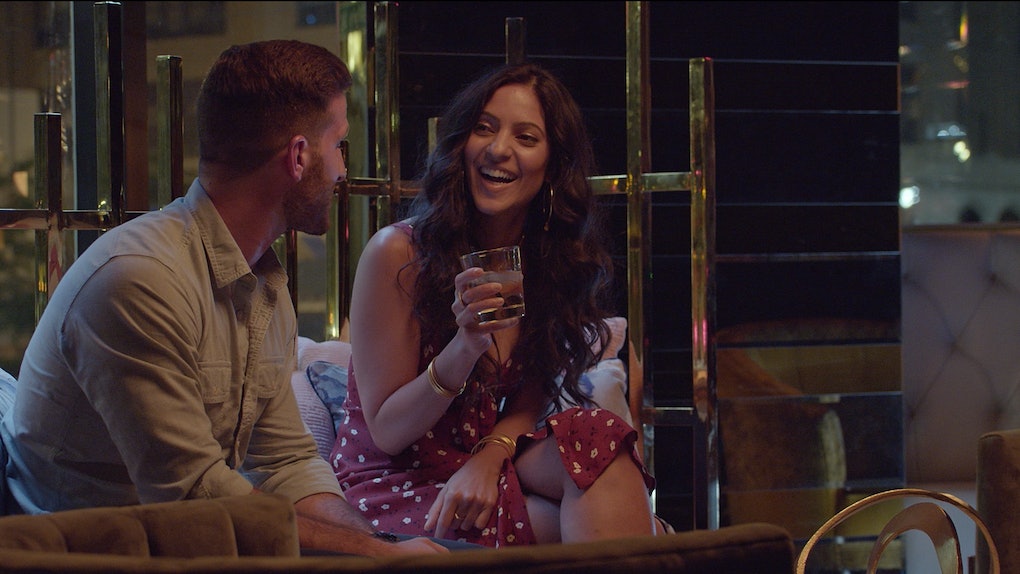 Depending on where you're at in life, Valentine's Day may either be something to plan your week around or just another night to catch up on your TV shows. Whether the latter is done alone or with a partner, Netflix has your back for romantic and solo streaming this year. If you've already breezed through Tidying Up with Marie Kondo, Netflix's Dating Around is here to introduce another potentially life-changing trend: blind dating. Thankfully, you can first test the waters of this concept from the comfort of your own bed by binge-watching the new series ASAP.

Premiering on Feb. 14 on the streaming service, Dating Around follows a single person's series of blind dates in each episode. After the lineup of meetings, the contestant selects someone from the bunch to see again. Netflix's synopsis for the show reads:

Every episode, one single goes on five first dates filled with flirty banter, awkward exchanges, and moments of true connection. Who will get a second date? Netflix's first original dating show takes an honest and compelling look at the real world of dating.

In the series trailer, snippets of blind dates are shared, emphasizing that many contestants are on their first blind date ever. Featuring both straight and gay couples, the show is reminiscent of The Hills' romantic, glossy looks, but these people's first date conversations are probably similar to your own getting-to-know-you exchanges with a Tinder match or someone you managed to meet in person. Try to find your dating spirit animal in the promo below.

If dissecting swipes and text messages with your friends isn't enough of a Valentine's Day plan, watching Dating Around will get you in the mood for a love-themed evening. The trailer promises all of the anxieties and delights of first dates while also addressing what might be wrong with the dating landscape today. In the preview footage, one woman seems to reject dating apps, saying, "I think sometimes people swipe past the best thing out there." Meanwhile, a man confesses to his date that he's not sure if he was into him, while another couple seemingly experience a "culture clash." Other pairs struggle to find similarities, while some can't wait to find the kind of connection they sing about in love songs.

Also including daters of different ages and races, Dating Around is essentially Tinder coming to life but without our own personal investment. What's more satisfying than watching strangers fall in love rather than yourself? If you're craving cringe over crying when it comes to your Netflix original shows, it also looks like the series is bound to capture the difficulty of modern dating via the vintage TV twist of filmed blind dates. Forget comedy reboots — can we have revivals of MTV favorites like Next and Date My Mom? Of course, it would only be right if those reboots had quotable beauties like these Dating Around moments:

We'll have to wait and see if these in-depth date conversations live up to our expectations. Season 1 of Dating Around premieres on Netflix on Thursday, Feb. 14.