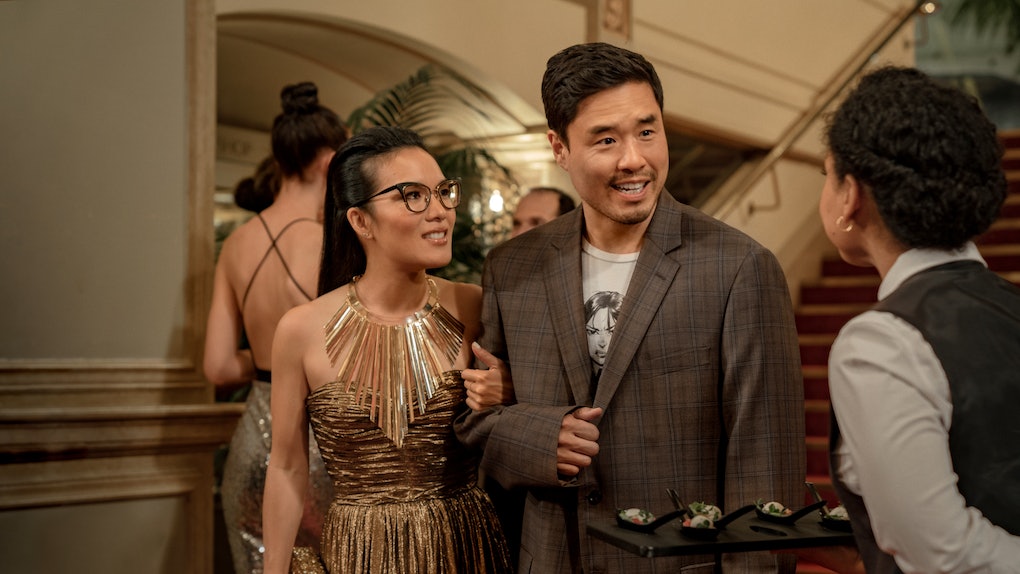 Life isn't a romantic comedy, but thanks to Netflix's original rom-com library, I can easily imagine myself pursuing couple goals while accompanied by a catchy soundtrack and an endless wardrobe. After launching a handful of delightful rom-coms in 2018, the streaming service is kicking off its 2019 summer season with Always Be My Maybe. Netflix's Always Be My Maybe trailer sets up a story of old friends brought back together at a turning point in their lives.

After debuting a short teaser in April, Netflix released the full trailer for Always Be My Maybe on May 16. The preview offers more peeks at Ali Wong and Randall Park as childhood pals who unexpectedly reunite when Wong's Sasha returns to their hometown. Now a celebrity chef, Sasha is known as the "Asian Oprah," but a lackluster relationship with her fiancé (Daniel Dae Kim) hints that she isn't as happy as the public perceive her to be.

Back in San Francisco to open a new restaurant, Sasha runs into a blast from the past when Marcus (Park) shows up at her house as a employee of his dad's heating and air business. While Sasha has become a national star, Marcus is living at home and working as a musician. After growing up together, the two had a fling in the back of Marcus's car as teenagers, but life clearly tugged them in different directions afterwards.

The trailer shows Sasha and Marcus rekindling their friendship when Sasha's engagement suddenly ends. Sasha initially doesn't see Marcus as a romantic prospect because of their history together, but anyone who's seen When Harry Met Sally... probably has an idea of how their feelings progress as adults. Just as Marcus has worked up the nerve to tell Sasha how he feels, she spills that she met someone new (Keanu Reeves). Are Marcus and Sasha just destined to remain friends?

Always Be My Maybe will hit Netflix ahead of the platform debuting even more original romantic comedies. The company just bought an in-the-works movie starring Sam Claflin and Olivia Munn and detailing one wedding from three different perspectives. Emma Roberts, Luke Bracey, and Kristin Chenoweth are also slated to star in a Netflix holiday rom-com called Holidate, and Netflix subscribers are still eagerly waiting for more info about the To All the Boys I've Loved Before sequel. It's a good time to have a Netflix account if you're a rom-com fan.