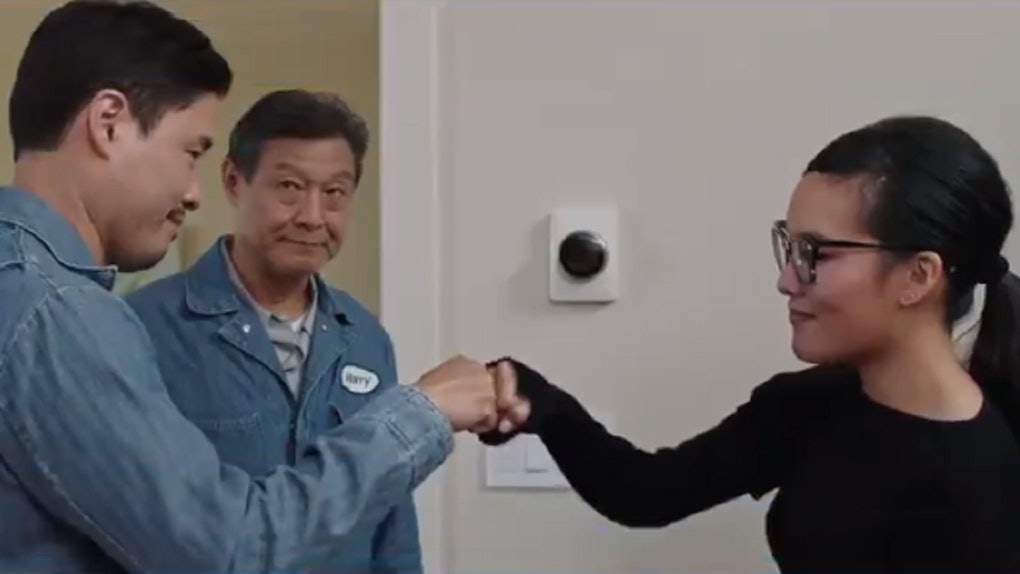 People definitely have a soft spot for those stories following longtime friends who finally realize they have feelings for each other. After all, out of all the rom-com tropes, the pattern of falling for someone who's always been there is the most relatable to typical viewers. Continuing its streak of releasing sweetly bingeable rom-coms, Netflix is tackling this particular circumstance with its upcoming movie starring Ali Wong and Randall Park. Netflix's Always Be My Maybe teaser promises a relatable love story exploring the question of what to do when you fall for your best friend.

Fresh Off the Boat's Park and stand-up comedian Wong star in and co-wrote the film, which hits the streaming service on May 31. Both Wong and Netflix released a teaser for Always Be My Maybe on April 23, introducing fans to main characters Marcus (Park) and Sasha (Wong). Think of them as millennial counterparts to When Harry Met Sally..., but don't count on scenic shots of an autumnal New York or breakdowns of the best way to order a sandwich. This new love story takes place in San Francisco and is also slated to explore the imbalance between people at vastly different levels of their careers. That's the sound of modern romance, right?

Netflix's synopsis for Always Be My Maybe reads:

Childhood friends Sasha and Marcus have a falling out and don’t speak for 15 years. But when Sasha, now a celebrity chef in Los Angeles, returns to her hometown of San Francisco to open a new restaurant, she runs into her old pal — a happily complacent musician still living at home and working for his dad. Though the two are reluctant to reconnect, they soon find the old sparks — and maybe some new ones — are there.

The teaser implies that Marcus is the first to discover his romantic feelings for Sasha, showing him drafting a text that professes his truth. He chickens out about telling her he loves her, texting her to meet up instead. His feelings are then compromised when Sasha reveals she's met someone with whom she happens to share amazing sexual compatibility. As any other scenario of friends secretly harboring feelings for each other has previously proven, an awkwardness ignites between them after Sasha breaks her big news.

Hopefully a full-length trailer will elaborate on what initially caused Sasha and Marcus to drift apart, but what we do know about the film is certainly catnip for rom-com fans. Who doesn't wonder about their romantic "what-if's" as they get older? The teaser also includes snippets of Marcus and Sasha's shared past, seemingly filling in the blanks of how they became close as children.

While we don't have their character details yet, Keanu Reeves, Charlyne Yi, and Daniel Dae Kim also join Park and Wong in the cast, and Fresh Off the Boat creator Nahnatchka Khan directs Always Be My Maybe. Seeing as the movie is being billed as "a rom-com explosion," we can probably anticipate a happy ending for our leading duo, but count me in for this tale of childhood friends learning to appreciate each other as adults.

Always Be My Maybe debuts on Netflix and in select theaters on Friday, May 31.

More like this
What's Coming To Netflix In May 2021? Lots Of Action & Drama
By Ani Bundel
10 Quotes From Netflix's 'Enola Holmes' That Are So Freaking Relevant
By Rachel Varina
'He's All That': Premiere Date, Cast, Trailer, Filming News, & More
By Dylan Kickham
Stay up to date