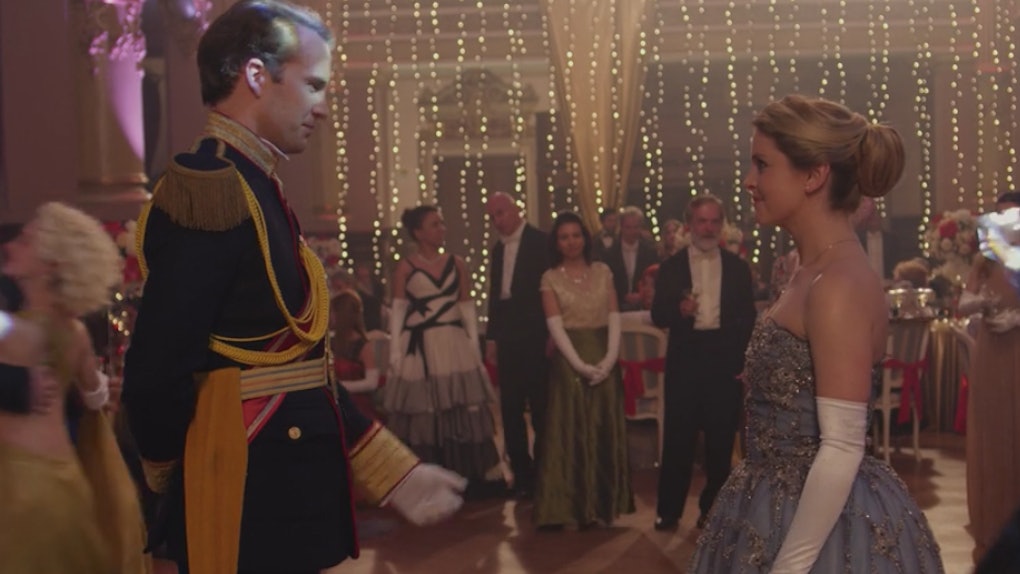 Netflix's 'A Christmas Prince' Tweet Has The Internet Screaming

Almost nothing sounds better on a cold December day than cozying up with some hot cocoa and a Christmas movie marathon. Thanks to streaming websites like Netflix, you can enjoy all of your holiday favorites in one place. You should probably make sure that you're confident in all of your viewing choices, though, because apparently Netflix is keeping track. Case in point, Netflix's A Christmas Prince tweet called out some loyal viewers for the regularity with which they're viewing this holiday flick, and Twitter could not handle the shade.

Since 2017 is coming to a close, Netflix decided to wrap up the year by releasing a Netflix Year In Review report. In its findings, the streaming company happened to come across a statistic that illustrated the viewing numbers of the Netflix Original film, A Christmas Prince. For 53 people, that number was higher than Netflix would have expected (18 times, to be exact).

The original film debuted on Netflix on Nov. 17, and, according to Netflix, it's about a young journalist who goes abroad to report on a "dashing" prince who is set to become king. The film has recently reached a so-bad-its-good status, and people cannot stop tweeting about (or watching, apparently) A Christmas Prince.

Now, thankfully, Netflix didn't call out individual subscribers, but it did craft a tweet complete with a good dose of shade. On Sunday, Dec. 10, the Netflix Twitter account posted:

To the 53 people who've watched A Christmas Prince every day for the past 18 days: Who hurt you?

Props on the "sick burn," but the knowledge of individual viewing habits is "creepy AF."

Once again, amazing burn — "except for the watching us like Big Brother part."

Oh, because they care.

People have their reasons, OK?!

Does this mean that I can only watch "critically acclaimed" shows in order to not be judged?

You created this film, Netflix, and, "It's everything to us."

This is what happens when you take away people's favorite shows.

"Legit in the middle."

Seriously, It's Always Sunny was the people's main source for "bird law."

Beyond revealing that Netflix knows exactly what (and how much) you're watching, the company also revealed some other trends surrounding its most streamed movies and television shows. For example, according to Mashable, Mexico, Canada, and Peru are the top bingeing streaming nations. Seriously? I would have thought my Friends binge-viewings would have been enough to put the United States in the top three.

Some other fun facts from the results included that Jan. 1 was the biggest streaming day of the year (hello, New Year's Eve recovery), Stranger Things and 13 Reasons Why were the number one and two shows, respectively, that families watched together, and Narcos was the number one show that was so good that you couldn't wait until your viewing buddy was ready to watch it (aka you totally binge-cheated).

Since it's only nearing the middle of December, you still have plenty of time to view all of your Christmas favorites. If you don't mind Netflix keeping up with your specific viewing habits, you can check out these classic Christmas movies to really get you into the holiday spirit. Or hey, jump on the bandwagon and join those 53 people who really enjoyed A Christmas Prince. Hopefully, Netflix is done calling out those viewers for now.