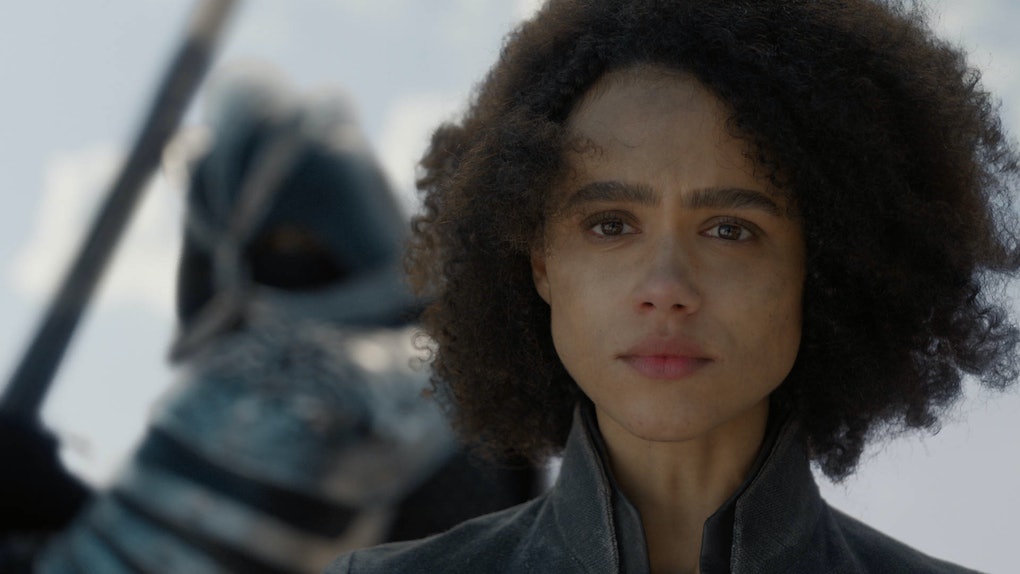 After surviving the Battle of Winterfell down in the crypt, Missandei's time on Game of Thrones came to an end this week, after Cersei's forces captured and executed her as a way for the Lannister Mad Queen to show her authority over Daenerys. It was a tragic end for the character, who had crossed the Narrow Sea and left everything she knew behind for the cold shores of Westeros because she believed in her Targaryen queen. Actress Nathalie Emmanuel's Instagram paid tribute to her time on the series, with messages for the actors with whom she spent her time on set.

Missandei first arrived on the show back in Season 3, a scribe and interpreter who was captured by raiders as a young girl, along with many of her Naathi people, and sold into slavery in Astapor to Kraznys mo Nakloz. Missandei first meets Daenerys interpreting the deal between the Mother of Dragons and Nakloz in the exchange of the Unsullied army for one of Dany's dragons. During the negotiations, Daenerys asks for Missandei as a gift.

After Daenerys frees the slaves of Astapor, Missandei becomes her loyal advisor, confidante, and friend. She also begins a relationship with the head of the Unsullied, Grey Worm.

It’s been one of my greatest joys playing Missandei of Naath... The quiet and kind translator. A brilliant woman who overcame so much suffering and found herself, her voice... and her one and only love. She represented so much for me, personally, that I have no choice but to carry the things she has taught me into my life going forward. Thank you to everyone who made it possible for me to play this part... this life-changing part... there are too many to list... @emilia_clarke GIRL! I love you... SO much. I’ve loved playing your BFF for the past 7 years. Thank you for being such a wonderful person in my life and a source of light and laughter. The Bad Ass Boss Lady Warrior Goddess club will live on forever 😂🙌🏽 @raleighritchie.... Jacoooob! I literally cannot tell you what sharing the screen with you has meant to me. I found performances I didn’t know I had inside me, simply because you gave me so much to work against. Playing Missandei and Grey Worm’s journey has been so special. I couldn’t have asked for a more generous and supportive co-star... Also... We’ve been out in these streets together boiiii🤣😂 negotiating so much but always having each other’s back. Thank you for all of it... you have been a dear friend at every point. To the entire cast and crew... You will always hold a special place in my heart. The love and energy we shared will be hard to match. I feel like I hit the jackpot meeting and working with you all. I love you. To the fans of the show, and of Missandei... Thank you for all the love and support... It’s been a pleasure playing her for you. I know last night was pretty intense for some of you, so I invite you to participate in my fantasy where I like to think that, right now.... Missandei is sipping a rum on a beach somewhere in the sky 😂... 🍹🌴 #andnowmywatchhasended #MissandeiofNaath #Dracarys #thankyouforsupportingme #RIPMissandei #isleofbutterflies #🦋 #illbeseeingyou

RIP Missandei. And now her watch has ended.

More like this
This 2021 'Game Of Thrones' Season 8 Trailer Is So Confusing... & So Good
By Ani Bundel
Shonda Rhimes' Quote About Regé-Jean Page Leaving 'Bridgerton' Is SO Shonda
By Rachel Varina
The CW's ‘The Powerpuff Girls’: Cast, Release Date, Trailer, & More
By Rachel Varina and Ani Bundel
Stay up to date