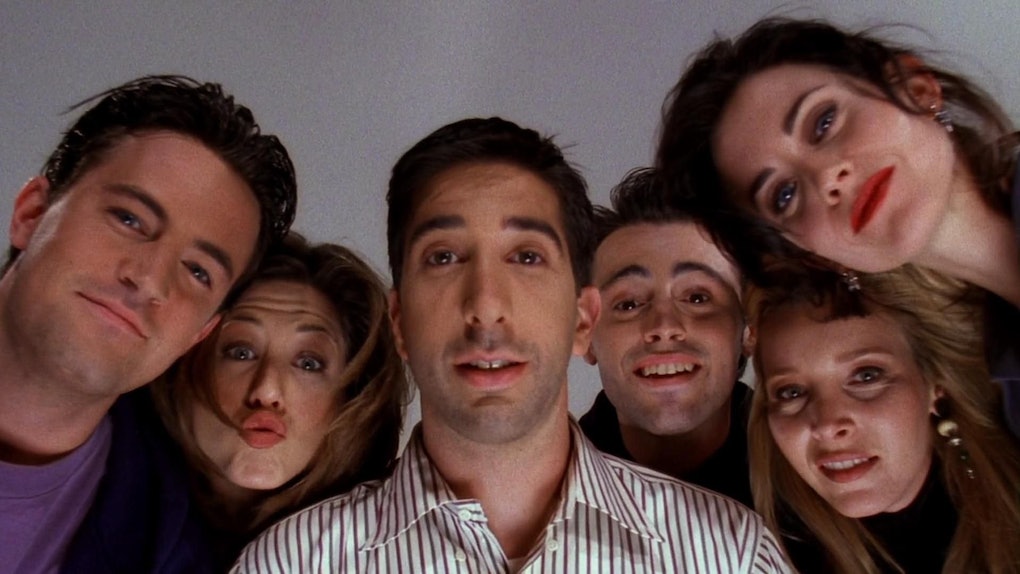 Monica & Richard Had A 'Friends' Reunion In NYC, But Chandler Was Nowhere In Sight

In this age of constant reboots and revivals, one of the few shows that seems forever resistant to a second start is Friends. I don't blame the cast or NBC for feeling skeptical about lightning striking twice — after all, why would we want to mess with the perfection of that series finale? The titular friends might not reunite in character onscreen, but just in time for Christmas, there was a mini-Friends meetup IRL. Monica and Richard, aka Courteney Cox and Tom Selleck, had a Friends reunion in New York, and it's almost as if they never left Central Perk.

Before Monica turned to eventual husband Chandler (Matthew Perry) for comfort at Ross's Season 4 wedding and fell for him afterwards, the character's big love story was with Richard, a much older friend of her father's. She and Richard, a dashing eye doctor, began dating in Season 2 after initially hesitating because of their different life stages. By the end of the season, they broke up because Richard couldn't commit to the idea of having more kids at his age. Although they toyed with the idea of getting back together the following season, Monica and Richard didn't see each other onscreen again until Season 6, when Richard proposed to her right as Chandler was planning to do the same.

Of course, we all know how that turned out, but Monica's experiences with Richard always led to some tension in her relationship with Chandler. However, compared to Ross and Rachel's constant on-and-off status, Monica and Chandler were a solid pair, and I have no doubt that in the Friends universe, they're still thriving in their suburban life with the twins they adopted in the final episode. But according to a new video by Claudia Oshry, aka Girl With No Job, Monica managed to have a solo night on the town when she ran into Dr. Richard Burke himself. The social media star recently uploaded a brief clip to Twitter of Cox and Selleck greeting each other at a New York restaurant.

OK, I'm very aware of reality versus fiction, but this impromptu meeting actually aligns with Friends fairly well. It makes perfect sense for Monica, a chef, to hang out at a restaurant without her husband, and Richard was always a social guy. At this point, any romantic spark between them probably would've faded into mutual respect, so running into each other would just be a happy surprise. Chandler may still feel differently, but it doesn't look like he has anything to worry about.

In case your memory of Friends' Richard years is foggy, you have plenty of time to watch his episodes all over again. Despite reports that the comedy series would expire on Netflix on New Year's Day, Friends will reportedly remain on the streaming service until 2020. Could this be any more exciting?

It would certainly make Friends fans' holidays if Perry funnily responded to the video on social media, but I'm content to accept this footage as a nice look at where these characters are in 2018. Do you think Cox and Selleck talked about how he grew back his mustache?

More like this
This Reported Update About HBO Max's 2021 'Friends' Reunion Is Great News
By Cianna Garrison
'Never Have I Ever' Season 2: Release Date, Cast, Trailer, Photos, & More
By Ani Bundel
How Many Episodes Will 'This Is Us' Season 5 Have? Only A Few Are Left
By Ani Bundel
Stay up to date