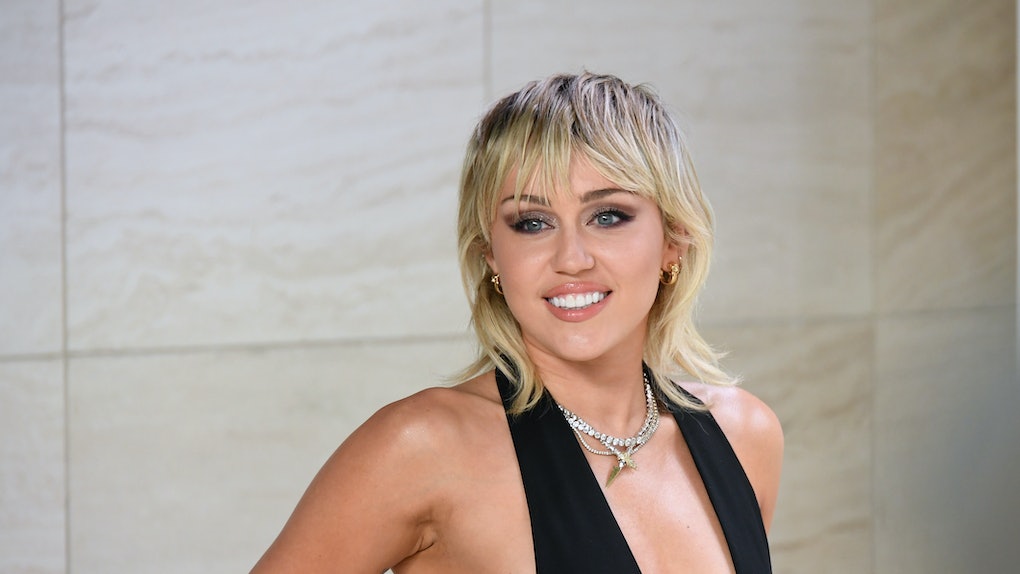 Cyrus's 2009 song "Party in the U.S.A." cracked the iTunes Top 40 chart in the United States on Saturday, Nov. 7. The song's reemergence came after Biden's victory over Donald Trump was called in the 2020 election, with plenty of fans using the song as the soundtrack for their celebrations. Cyrus responded to the song's latest chart-topping performance with a Twitter video featuring shots of Biden and Vice President-elect Kamala Harris with "Party in the U.S.A." playing in the background. Along with the video, Cyrus wrote, "Now THIS is a PARTY IN THE USA!"

As impromptu parades and dance parties broke out across the nation, Cyrus also retweeted a bunch of videos of fans celebrating the election results with her song. One video featured people dancing to "Party in the U.S.A." outside the White House in Washington D.C., while another showed crowds singing in Times Square in New York City. Another video in Washington D.C. also showed people waving Biden/Harris flags while rocking out to Cyrus' song.

Cyrus has been vocal about her support of the Democratic presidential ticket throughout the 2020 campaign. She even spoke with Harris in a special interview on her Instagram Live in October. During the conversation, Harris spoke to Cyrus about the key changes she and Biden want to make in office.

Cyrus also asked Harris what songs uplifted her on the campaign trail, to which Harris responded "Work That" by Mary J. Blige. “In fact, I was at this event recently in North Carolina, and it started pouring rain and everyone stayed outside because it was an outside event,” she recalled. “And then the song came on, and it was pouring energy. Like all these people turning out and then we all just started dancing in the rain. It was the best thing ever.”

Since people are still overyjoyed about the results of the historic election all over the country, it looks like the party won't be stopping anytime soon.