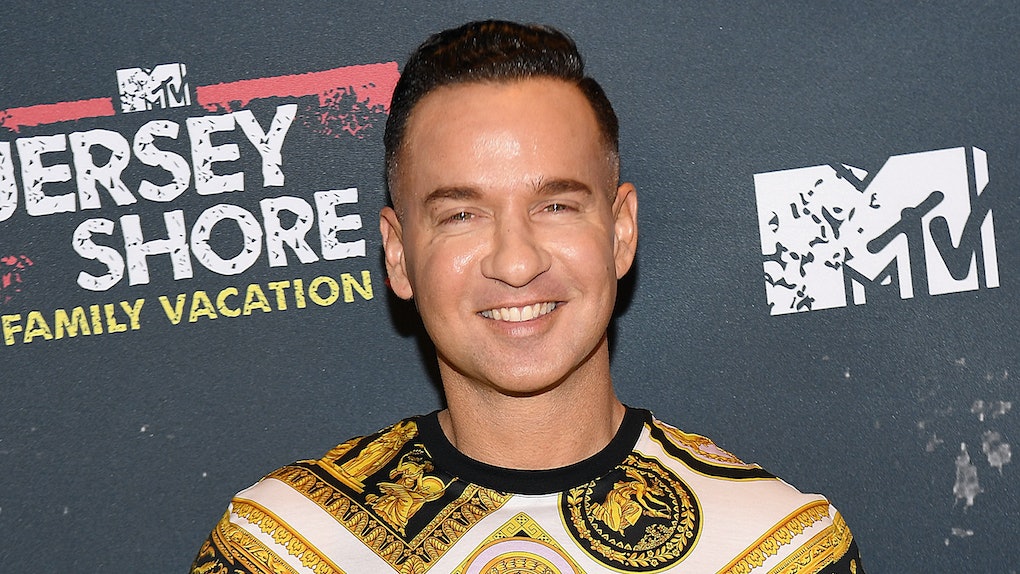 The Situation is no longer in a situation. Yup, he's officially out of prison after serving an 8-month sentence. In classic fashion, the Jersey Shore star tweeted about his release, and Mike "The Situation" Sorrentino's first tweet after leaving prison comes with a heavy dose of humor.

Sorrentino pleaded guilty to one count of tax evasion in January 2018 and was sentenced in October of that year. He began serving his 8-month prison sentence on Jan. 15, 2019, at a prison in Otisville, New York. (The prison, by the way, is considered one of America's "cushiest" and is the same place where Michael Cohen is currently serving his three-year sentence.) Sorrentino was finally released on Sept. 12 — after many visits from his wife, Lauren Pesce, and his Jersey Shore cast members, of course. Sorrentino said in a statement to E! News that he is "elated" to move on with his life.

"We are elated to finally close this chapter of our life," he told E! News. "Thank you to our family, friends and fans for the continuous love and support during this time, it brought us so much peace and comfort. We look forward to continuing our life as husband and wife and working on baby situations! We truly believe that the comeback is ALWAYS greater than the setback and we can't wait to show the world ours."

Sorrentino's tweet about getting out prison is much more his style than that statement, though. He tweeted a GIF from a Chappelle Show sketch and wrote, "Turn up we free!!! #freesitch."

His fans are tweeting their support for The Situation. A lot of fist-pumping is involved.

While he was serving his time, Sorrentino and Pesce lived (and posted) by the motto, "The comeback is always greater than the setback." He used that as his caption (in addition to his #FreeSitch hashtag) when he posted photos of him and his Jersey Shore peeps from their visit to Otisville (well, let's be real, Pesce probably posted it).

Despite being in prison, The Situation and Pesce were still involved with the current season of Jersey Shore.

He actually called to wish Ronnie Magro's daughter, Ariana, a happy birthday in one of the show's recent episodes.

In the clip from the episode, Pesce is attending Ariana's birthday party along with the other cast members of the show, and she gets a call from Sorrentino during the party.

Sorrentino gets the chance to talk to Angelina, JWoww, and Magro during the call, and he honestly sounds like he's calling from a therapy retreat rather than a prison with all of the positive energy he was spewing.

DJ Pauly D and Vinny Guadagnino actually told Jenny McCarthy during an April interview that Sorrentino was nothing but positive during his sentence.

"We talk to him every day. There's an app where we can talk to him, and he has a computer room that he goes to throughout the day," Guadagnino told McCarthy. "He sends me positive vibes. He gets me through my day."

Welcome back to the world, Sitch!