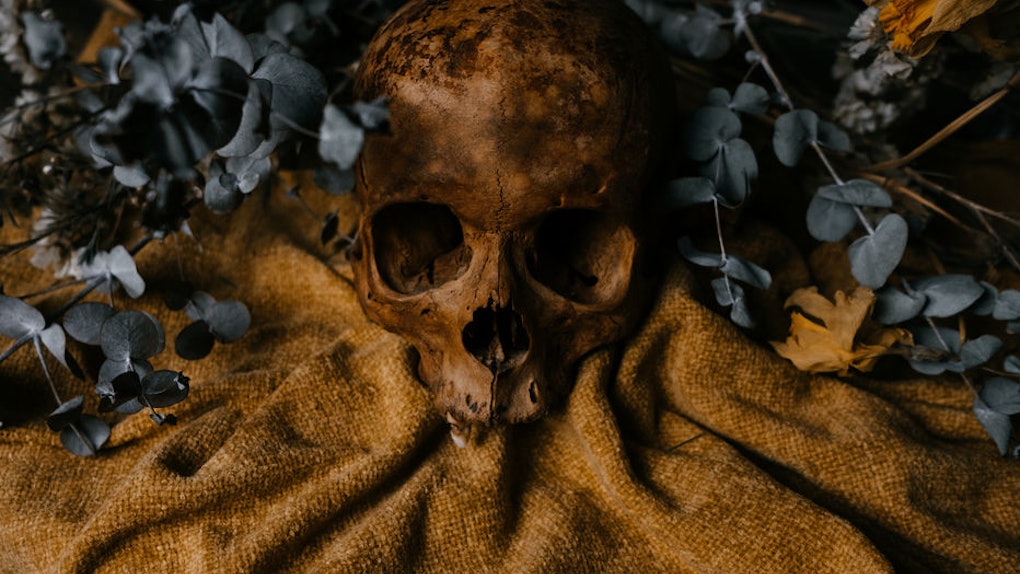 If you're anything like me, then you absolutely adore the month of October, and for so many reasons. There's an eeriness in the air, and trust me, it's beyond Halloween. Which reminds me, Mercury in Scorpio 2018 is not too far away, and if you think the air is thick now, just wait until the messenger planet takes a deep dive into the underworld. For those of you who don't know, Mercury is the planet of communication, thought process, daily routine, transportation, technology, and essentially, all the things we mentally acknowledge on a regular basis. This is precisely why everyone loses their sh*t at the thought of Mercury Retrograde. I mean, wouldn't you?

Mercury is a mischievous trickster, and Scorpio lives in the depths of the underworld, surrounded by death, mystery, and everlasting fire. Curious Mercury simply wants to relay the message, while Scorpio wants to unveil all that is hidden beneath the surface. As per Roman mythology, Hermes, aka Mercury, was the most savvy of the Olympian gods. In fact, Hermes was their most reliable messenger and interpreter. Every single one of the gods depended on him for answers. However, despite clever mind, resourcefulness and uncanny wit, Hermes was a shady fraudster and a smart-mouthed thief. Interestingly enough, he was the only one who could travel in and out of the underworld, aside Hades, aka Pluto, Scorpio's planetary ruler.

When the messenger planet is in powerful Scorpio, our thoughts and words are possessed by Pluto himself, creating mysterious and probing conversations, swimming in darkness and depth. In Scorpio, Mercury has one mission, and it's to uncover all that is hidden from the rest of the world. Mercury in Scorpio is everything but superficial, so if you're the type that prefers to keep it light, you're in for a doozy.

Put it this way: Mercury in Libra wants justice, balance, and easy-flowing conversations, right? Well, Mercury in Scorpio could care less about being fair. In fact, it can serve as a reminder that life isn't always "fair" per se. The truth isn't always peachy, and it isn't supposed to be because in the end, it is what it is. So, do yourself a favor, and try to be as honest as possible during this cut-throat transit. Mercury in Scorpio lives for secrets.

This is a time for deep observation and probing, in order for us to get an in-depth analysis of what's going on around us. You know that feeling when you just know? Or that face someone makes when you catch them in a lie? Mercury in Scorpio lives for that. So much so, a lot of us will have no choice but to confront hidden truths, not to mention partake in taboo-like conversations.

The Dark Side Of Mercury In Scorpio

In Scorpio, Mercury highlights the darkness of it all, especially that which is hidden within ourselves. For example, suspicion, skepticism, jealousy, envy, greed, and emotional manipulation, are all some of the ways Mercury in Scorpio expresses itself. It isn't hard to come face to face with our own demons during this time, as we are extremely aware of our innermost fears and obsessions.

Mercury in Scorpio doesn't fight, it stings with poisonous venom that's been hexed and brewed by Pluto himself, in the depths of the netherworld, after a agonizing eternity in the afterlife. Granted, this may all sound like a bad episode of The Munsters, but it's very much real. In fact, have you ever met someone who can completely break you with just their words?Taunting, probing, and undressing your psyche 'til there's no turning back?

If you haven't, let me introduce you to the most wicked of the Mercury transits. The truth-seeking magnifying glass with a dash of snake charms, and mental hypnosis. The viper-tongued and crystal ball mind detective, Mercury in Scorpio.