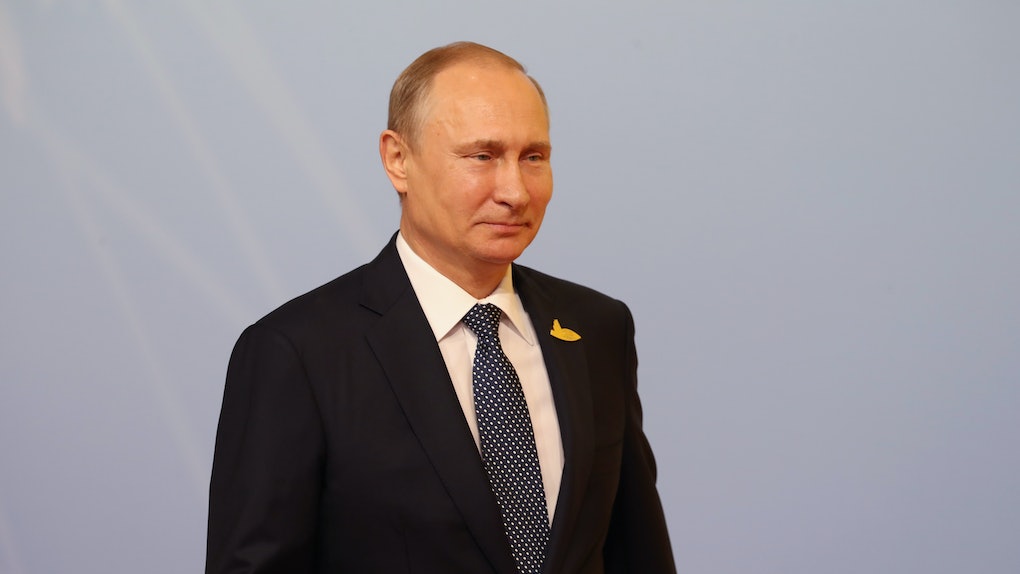 On Tuesday, Dec. 5, the International Olympic Committee (IOC) announced that Russia's Olympic team will not be allowed to compete in the games. The decision comes after the country was exposed for illegal, systematic doping in the 2014 Olympic Winter Games in Sochi. After the news was announced, hilarious memes about Russia's Olympic ban flooded Twitter.

In accordance with the ban, Russia's government officials will not be permitted to attend the games, The New York Times reports. Additionally, the country's flag will not fly at the opening ceremony, nor will its national anthem sound. The IOC fined the Russian Olympic Committee $15 million.

The move is being considered powerful by some, as the Olympics have consistently served as an international display of Russia's global force. In the most recent Olympic games in Rio, Russia finished fourth overall with 56 medals, despite being banned from the track and field competitions as a direct result of the doping findings against the country.

However, others are questioning the severity of the ban, as some Russian athletes with particularly clean records will be allowed to petition to compete. Those who do so will wear neutral uniforms and compete as "Olympic Athletes from Russia" (OAR). Any medals received by these athletes will not be officially recorded by the IOC and therefore will not count toward official records.

The IOC and others involved are currently anticipating Russia's response, as the news broke late in the evening in Moscow. Some Russian officials previously threatened a boycott if the IOC proceeded with a ban, while President Vladimir Putin's spokesperson, Dmitri S. Peskov, has stated that a boycott has not been discussed, The New York Times reports.

Meanwhile, when the news broke, Twitter users were quick to draw connections to U.S. politics and President Donald Trump's close relationship with President Putin. As expected, the memes are hilarious.

The ban is expected to have a serious impact on the games. Although some athletes may still be permitted to compete, doping runs rampant in certain sports, such as cross-country skiing. In the doping investigation, 14 of Russia's cross-country skiiers were found to have submitted dirty urine samples, jeopardizing the country's future in the sport, The New York Times reports.

As further reconciliation for the corruption, the IOC will reassign medals to retroactive winners from Sochi in a special ceremony at the Pyeongchang games. However, many Russian athletes have taken legal action against the IOC in light of the scandal, and the results of those lawsuits may not be finalized by then.

The doping scandal was exposed in 2016, after Grigory Rodchenkov, the director of Russia's antidoping laboratory, revealed that he had been part of an elaborate system as mandated by Russian Olympic officials, which required him and others to replace dirty urine samples with clean urine collected months earlier. The successful ploy resulted in 33 medals and an overall victory for the host nation in the 2014 Olympic Games in Sochi.

According to Rodchenkov, Russian antidoping experts and members of the intelligence service worked in the dead of night, breaking into tamper-proof urine containers to corrupt the samples. Rodchenkov estimated that 100 samples were tampered with. Because of the ploy, not a single Russian athlete was caught doping during the Games.

As seen in the above memes, people are already waiting for President Donald Trump's reaction to the news, and for its potential effects on American politics. Additionally, soccer fans are waiting to see what effects the ban will have on next year's World Cup, which is set to take place in Russia. The country's Deputy Prime Minister, Vitaly Mutko, was directly implicated by Rodchenkov in the doping scandal and barred for life from the Olympics. However, at this time, Mutko is expected to carry out his role as the head of the Russian Football Federation and leader in Russia’s World Cup hosting committee.