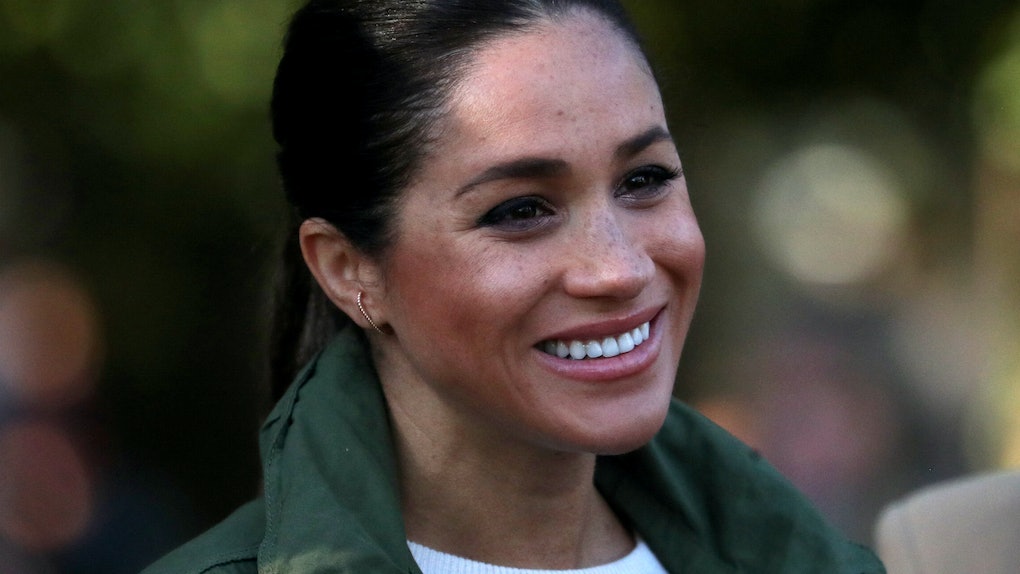 Meghan Markle's Plans For 2019 International Women's Day Are So Important

Did you hear? The Duchess of Sussex is about to let her feminist side shine (again). If you've been following her rise from actress to duchess, you know that this isn't anything new for the royal, as she's made various comments about women's rights and empowerment. But Meghan Markle's plans for 2019 International Women's Day might be one of her most important endeavors yet.

On Friday, March 1, Kensington Palace announced in a statement shared with Elite Daily that Markle will celebrate the holiday, which falls on March 8 each year, by participating in a panel of female thought-leaders and activists that will spotlight issues that affect women today. The panelists include Julia Gillard, the former Prime Minister of Australia; Adwoa Aboah, the founder of Gurls Talk, an online community for girls to discuss issues that matter to them; musician and activist Annie Lennox; and others. (Yes, please.)

The statement reads, in part:

In front of an audience of students, opinion formers and young leaders, Her Royal Highness will join the panel to discuss the importance of International Women’s Day, and the spotlight it can bring to obstacles which still affect female empowerment across the world, including access to education and limitations within employment. The discussion will also cover the positive opportunities that come when women are given wider access and equal opportunity, whether that be in the UK or elsewhere in the world.

Is it just me or does it seem like Markle has really amplified her voice on women's issues over the past few years?

For 2018's International Women's Day, for example, Markle stepped out alongside her then-fiancé Prince Harry to visit an event that aimed to inspire young girls to pursue careers in STEM (science, tech, engineering and maths) subjects, per People. During the visit, Harry apparently introduced a 10-year-old aspiring actress to Markle, who shared some adorable advice with the pre-teen.

“Meghan told me that I can achieve whatever I want to achieve. And Meghan said she would like to see me on TV when I become an actress,” the girl, Sophia Richards, said. “It was a dream come true. I will never forget this day.”

And who could forget about the girl power speech she gave at U.N. Women’s conference in New York during 2015's International Women's Day? During the address, Markle discussed why she's proud to be a woman and feminist, and opened up about gender equality.

"Women need a seat at the table. They need an invitation to be seated there. And in some cases where this isn't available, well, then you know what? Then they need to create their own table," she said in the address.

I have a feeling that her comments in the upcoming panel will be just as iconic. Keep up the good work, Megs.