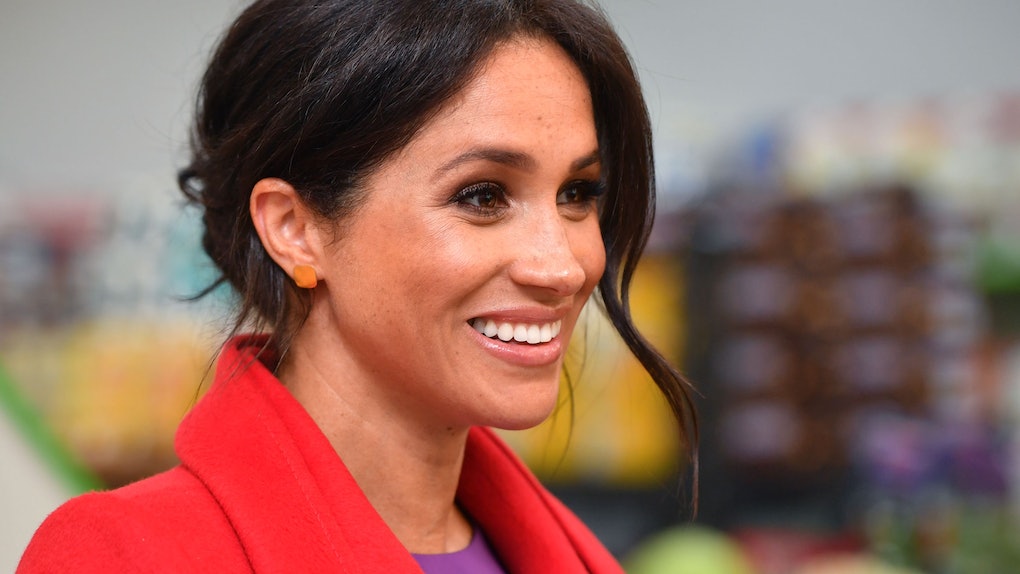 Meghan Markle's Makeup Artist's Nickname For Her Is Actually So Relatable

I knew Meghan Markle is one us. Even though she's walking around as the new Duchess of Sussex, married to a literal prince, and about to have a baby that will take its first steps at an actual palace, she's a millennial at heart. (Truly. I looked it up. She was born in 1981 which is the beginning of the millennial generation. Thanks, internet.) Plus, Meghan Markle's makeup artist's nickname for her is as fetch as they come. Are you ready for this?

He calls her... pause for dramatic effect....

It doesn't get more millennial than that. In fact, Markle's makeup artist Daniel Martin even throws a hashtag on there for good measure. I love it so much.

Prior to marrying Prince Harry and becoming a new royal family member, Meghan was famously an actress on the show Suits. In addition to her role on TV, she also wrote and managed a lifestyle blog called The Tig, which regularly featured pieces about travel, fashion, beauty, and food. Duh. You'd be hard pressed to find any credible lifestyle blog out there today that doesn't have a least one full-blown avocado toast recipe if not many, many options to choose from.

According to Martin's post, while the actual Tig website might be down, in lives on in Meghan's heart. Martin must have been busy with the pregnant Duchess over the weekend of Jan. 20, as he clearly had a meal with her at some point in London. Martin shared a picture of what looks like impeccable Grade A millennial avocado toast with the caption,

Back to our Tig days...❤️Thank you Meghan for being the consummate hostess this weekend and still being the #avocadotoast whisperer, YUM! 🤷🏻‍♂️ 🥑🍞☕️ #foodie#foodiegram

So, let me get this straight. Pregnant Meghan Markle just took a pause from her royal duties to whip up a batch of avocado bread, coffee, and crack open what appears to be chocolate truffles to treat her makeup artist on a casual Sunday? Is she an actual mythical creature? To be clear, this isn't the first time she's made time to get in the kitchen since becoming a royal. Not by a long shot.

During her first tour with Prince Harry, Meghan somehow found the resources and oven to make delicious banana bread while visiting Australia. In fact, she reportedly made it in the kitchen of Sydney’s Governor-General’s Admiralty House and served it with tea. Not a big deal.

I'm not sure which piece of this story I love the most — the fact that Meghan still enjoys to cook and bake for her friends and family despite her new grueling schedule, that her makeup artist has a nickname for her and is openly nostalgic about the old days, or that he paused to take a food-selfie for Instagram like a millennial pro.

Regardless, it's another reminder that even if you thought you couldn't relate to Meghan Markle anymore, this proves your avocado toast-loving self sure can.