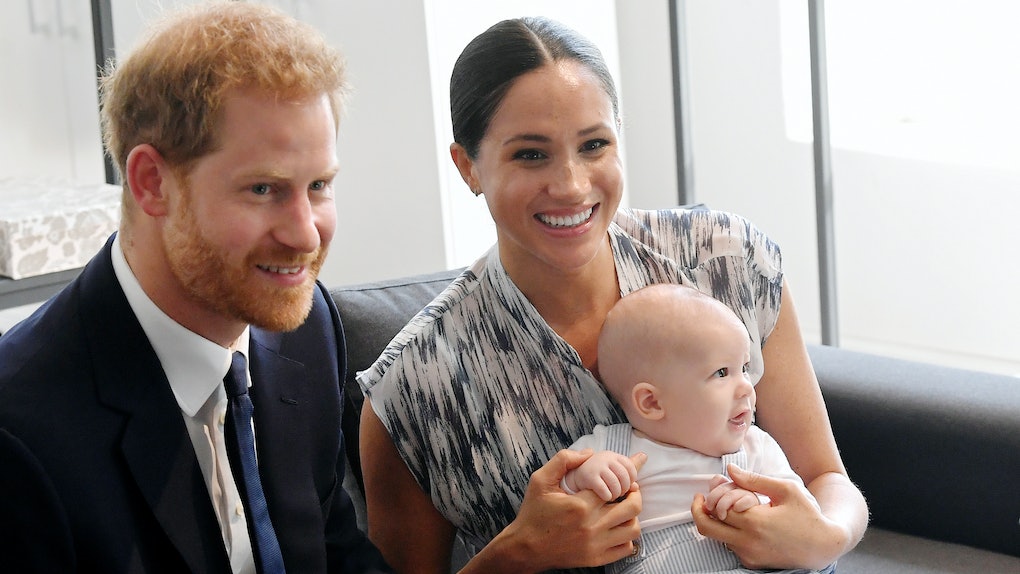 Meghan & Harry's Reported Original Name For Archie Was Similar, Yet So Different

When Prince Harry and Meghan Markle announced the name of their son, Archie, everything seemed to make sense. To royal fans, the adorable name just fit the couple and their newborn, even though it may not have been a traditional choice. Meghan and Harry's reported original name for Archie had Gossip Girl vibes.

Meghan and Harry welcomed their baby boy on May 6, 2019, and chose to do things their own way when it came to announcing their happy news and the details of their son's name. Two days after his birth, the couple revealed the newest member of the royal family's moniker in an Instagram post featuring the doting parents introducing Archie to Queen Elizabeth, Prince Philip, and Meghan's mom, Doria Ragland.

"The Duke and Duchess of Sussex are pleased to announce they have named their first born child: Archie Harrison Mountbatten-Windsor," the post read. "This afternoon Their Royal Highnesses introduced Her Majesty The Queen to her eighth great-grandchild at Windsor Castle. The Duke of Edinburgh and The Duchess’ mother were also present for this special occasion."

Finding Freedom authors Omid Scobie and Carolyn Durand wrote that Meghan and Harry "wanted something traditional, a name that was powerful even without a title in front of it." Makes total sense, but now it's been revealed that, for a hot second, Meghan and Harry actually thought about giving Archie a similar, but different name.

A friend of the couple told Scobie and Durand that the Sussexes "thought about Archibald for all of one second," but to Meghan and Harry "he was always going to be little Archie." Meghan & Harry's team did not respond to Elite Daily's request for confirmation.

That's right. Don't even think about calling Archie Archibald, because that was clearly faaaaar too traditional for the rule-breaker couple.

While Archie is his *official* name, Meghan and Harry have already nicknamed the tot "our little man." Harry referred to Archie by his nickname during a Zoom call in honor of the Rugby Football League's 125th anniversary.

"I need to get [Archie] playing some Rugby League," Harry said, speaking about the backyard at their new Santa Barbara home. "I'm just unbelievably fortunate and grateful to have outdoor space and see my son be able to be outside, because I know so many people just haven't had that opportunity in the last five months. Our little man is our number one priority, but our work after that is the second priority."