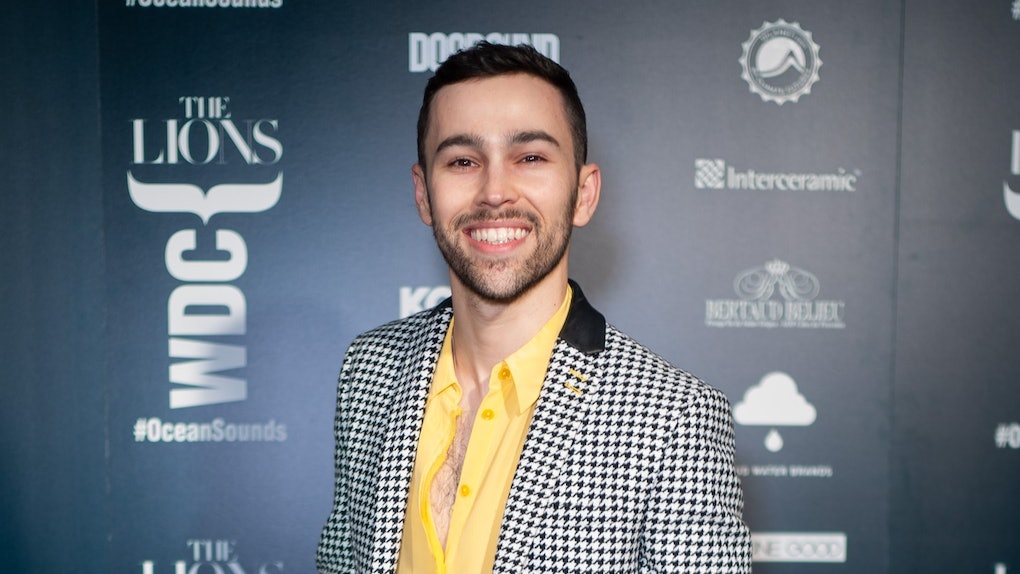 Once again, ARMYs hit the nail on the head with their detective skills. On July 21, fans noticed that the American Association of Composers, Authors, and Publishers website credited MAX and BTS' Suga as cowriters on a song called "Blueberry Eyes." Immediately, speculation that a collab was about to drop began to make the rounds on social media. Days later, MAX's Colour Vision tracklist dropped via his Twitter, confirming their theories, and revealed other exciting details about MAX's upcoming album.

MAX first teamed up with Suga in May 2020 for "Burn It," a song featured on Suga's second Agust D mixtape, D-2. Ever since then, listeners have been invested in Suga and MAX's friendship. MAX even gushed about his real-life friendship with Suga and how the two bonded over basketball, their work ethic, and music. So when fans noticed that Suga was named as a songwriter on "Blueberry Eyes" with MAX, they couldn't help but wonder when, where, and how the song would be released.

Luckily, on Friday, July 24, the full tracklist for MAX's long-awaited album Colour Vision — which is set to drop on September 18 — was revealed.

Listed as track six on the record — aka, smack dab in the middle of the tracklist — is "Blueberry Eyes" featuring Suga of BTS.

Suga is in good company, too. MAX's collabs with Quinn XCII and Hayley Kiyoko that you've already heard ("Love Me Less" and "Missed Calls") are on the album, as well as a new collab with Chromeo.

Check out the full Colour Vision tracklist below.

2. Working For The Weekend

Fans may have to wait a beat until "Blueberry Eyes" is released, but it (and every other sure-to-be-epic song on MAX's new album) is something fans are willing to wait for,

More like this
TXT's 'The Chaos Chapter: FREEZE': Release Date, Tracklist, Music Videos & More Details
By Michele Mendez
BTS' "Butter" Concept Photos Have ARMYS Searching For Clues
By Michele Mendez and Cianna Garrison
These Singers Were Accused Of Copying Other Artists In Their Music Videos
By Brandy Robidoux
Stay up to date