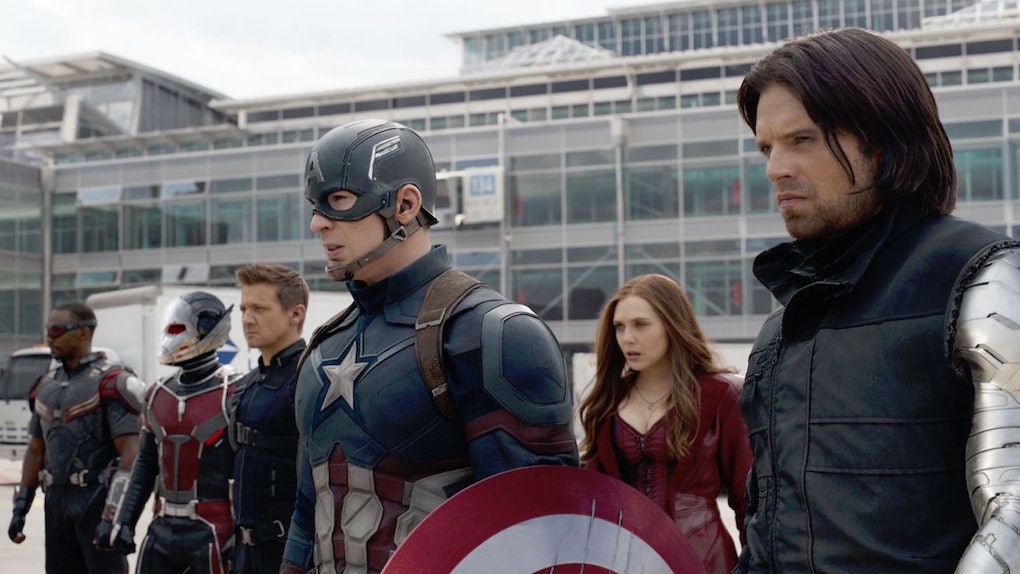 Even more Marvel stars are taking their characters from the big screen to the small one for Disney+'s upcoming streaming series Falcon & Winter Soldier. The series, which will star Anthony Mackie and Sebastian Stan in their MCU roles of Falcon and the Winter Soldier, has just revealed that it will be bringing in two more characters that have appeared alongside them in the movies. Marvel's Falcon & Winter Soldier series added two Captain America: Civil War characters: Emily VanCamp's CIA agent Sharon Carter and Daniel Bruhl's terrorist mastermind Helmut Zemo.

According to The Hollywood Reporter, both Emily VanCamp and Daniel Bruhl are in talks to reprise their Marvel Cinematic Universe roles for the small screen as stars of next year's Falcon & Winter Soldier streaming series. They are the first two announced stars of the show aside from Anthony Mackie and Sebastian Stan in the eponymous roles. The addition of Sharon Carter and Helmut Zemo also hints at the direction that the new series will be headed, seemingly indicating a spy thriller route.

On the other side of the coin, Daniel Bruhl's character of Helmut Zemo will likely be one of the primary antagonists in the new series. Zemo's only MCU appearance so far has been in Captain America: Civil War, where he managed to frame Bucky Barnes for the murder of Black Panther's father T'Chaka and effectively turn the Avengers against one another as revenge for the superhero team destroying his home country of Sokovia.

When we last saw Helmut Zemo, he was captured and incarcerated by CIA operative Everett Ross (played by Martin Freeman), but his casting in Falcon & Winter Soldier suggests that he will likely escape prison an wreak havoc as a supervillain once again. Although Zemo did not have superpowers in Captain America: Civil War, the comic-book version of him possesses superhuman strength, intellect, speed, and agility, along with an array of other powers given to him by his main tools, the Moonstones. Because of this Falcon & Winter Soldier does have the option to turn Zemo into a much more powerful villain akin to his comics counterpart, or the series may choose to keep him an average human with a gift for manipulation.

The other big thing Marvel fans are anticipating in the new series is Falcon taking up the mantle of Captain America. Since Steve Rogers gave him the name and shield at the end of Avengers: Endgame, fans are expecting Falcon & Winter Soldier to follow the comic-book arc of Sam Wilson becoming Captain America.

Falcon & Winter Soldier is set to premiere on Disney+ in August 2020.