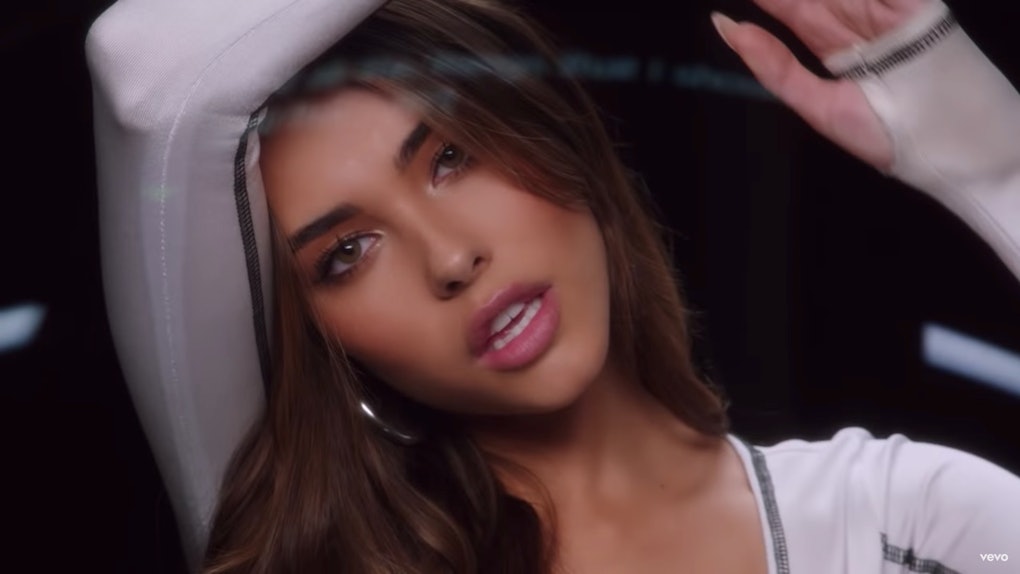 Madison Beer just dropped a new single and it’s all too relatable. The new track, which was released on Friday, May 17, is all about society and how people are perceived. Madison Beer’s “Dear Society” will definitely give you a lot to think about.

The song itself is actually quite raw and the writing shows an incredible depth of thought in terms of what it means to rely on social interactions to get through the day. It's pretty authentic, considering Beer had a heavy hand in writing the track and has been open about her complicated relationship with social media in the past.

If you haven’t heard the song just yet, here’s a look at some of the lyrics Beer has been teasing in the weeks leading up to its release:

Sleepless nights and cigarettes / My daily dose of internet / And all the things I should've quit / But never did, oh / Evil voices in my head / I woke up in a stranger’s bed / I lost my phone in Amsterdam, it's 5 A.M

I'm a natural disaster / But even after all that I do / It's you who's gonna be the death of me / And none of this matters / Baby, it's you, it's you…

Dear society, you've pushed me to the edge / So here's some clarity / The truth is, you're the one who’s always there for me / With my daily dose of internet / And all the things that I should quit but can't

“Dear Society” is the lead single from Beer’s debut studio album, which is due to be released sometime in summer 2019. Needless to say, this is a huge moment for Beer and she’s been gearing up for it for quite some time. Beer first rose to fame in 2012 when she began uploading videos of herself singing cover songs on YouTube. Her covers got the attention of Justin Bieber, who funneled a whole new following Beer’s way that she cultivated into her amazing fanbase today.

Since then, she’s been featured on a number of tracks, dropped a track with Offset called "Hurts Like Hell," and her own EP called As She Pleases. “Dear Society” just happens to be the first track she’s released that’s linked to a full studio album.

Beer first teased bits of “Dear Society” on social media back in April 2019. But now that the whole song has finally been released, you can listen to it here:

Sounds like it’s going to be a huge hit, if you ask me! It's a track you can bop to that also has a seriously impactful message. Congratulations, Madison! You're killing it.