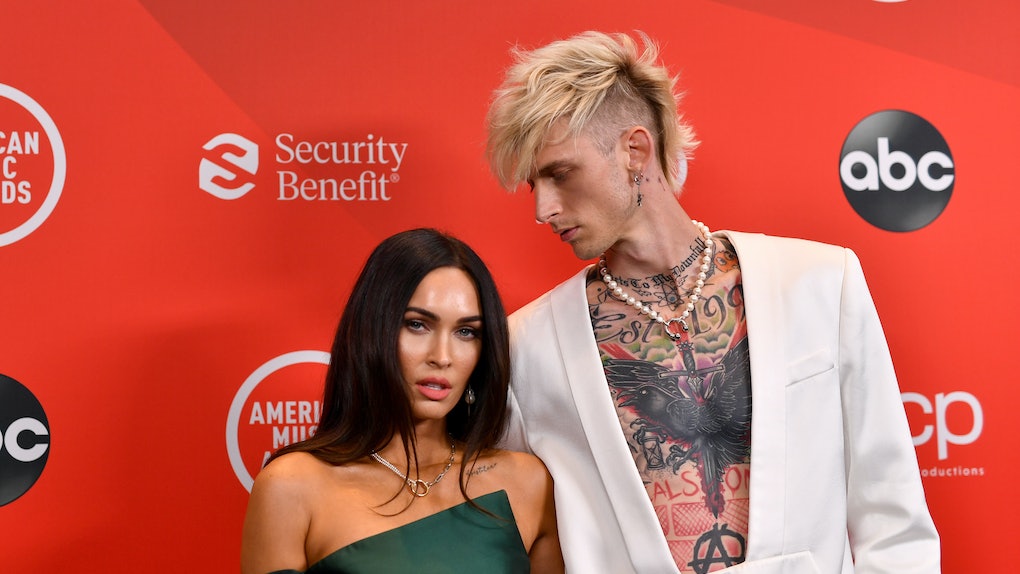 Maybe those infamous "twin flames" were extra strong. Model Sommer Ray claimed Machine Gun Kelly allegedly cheated on her with Megan Fox. “I dated Colson, never had sex with him," she said on the March 23 episode of Logan Paul's Impaulsive podcast, referring to the rocker by his birth name, Richard Colson Baker. "I make you wait at least three months because I have to make sure that you’re someone good to me. I’m not going to make you a number if you’re not good to me. So Colson just never passed the test... I don’t really feel bad saying that because he did kind of cheat on me with Megan Fox." (Elite Daily reached out to reps for Kelly regarding the cheating allegations, but did not hear back in time for publication.)

According to Sommer, she and MGK were dating when he first began seeing Fox. “He said, ‘Come to Puerto Rico with me,’ and I said, 'OK.' I go to Puerto Rico and he’s filming this movie, the Switchblade Grass or whatever, I don’t know. It’s this movie he’s filming with Megan Fox so he’s hyped about it,” she continued, referring to Fox and Kelly's upcoming film Midnight in the Switchgrass. “I waited in the hotel the whole time while he’s filming with her and I’m not really thinking anything of it. I thought she was older and had kids and was married and stuff.”

Ray also claimed that Kelly said she couldn't come visit him on the set of his "Bloody Valentine" music video because of "COVID restrictions," which seemed like a reasonable excuse until she found out Fox was starring in the video.

So, yes. That was a lot of reported tea she just spilled. But Ray's not bitter. She told Paul with a laugh, "I’m like, dude, I’d probably do the same thing, like I’d cheat on Colson with Megan Fox if it was the other way around."

That said, she does wish their breakup went a little differently. According to Ray, Kelly made her out to "be the devil" when they were in the midst of a Twitter dispute last year. On April 22, 2020, Kelly tweeted "she came and picked all her stuff up on my birthday. nice," to which Ray responded "oh really? i thought she came to bring you your birthday gifts. #fakenews."

To be fair, he followed up shortly after saying, "i shouldn’t have tweeted personal business. especially when the person is a great human and this tweet seems one-sided."

But according to Ray, the damage was done with his first tweet. “I got death threats for weeks and weeks after that from his cult following,” she said. “That’s not what it was at all, he just wanted to break up with me because he was dating Megan [and] f*cking Megan.”

Fox and Kelly first crossed paths on the set of Midnight in the Switchgrass in 2020. "I knew right away that he was what I call a twin flame," Fox famously recalled of her first time meeting Kelly. "Instead of a soul mate, a twin flame is actually where a soul has ascended into a high enough level that it can be split into two different bodies at the same time. So we're actually two halves of the same soul, I think. And I said that to him almost immediately, because I felt it right away."

As of now, it seems as though the couple is still going strong.