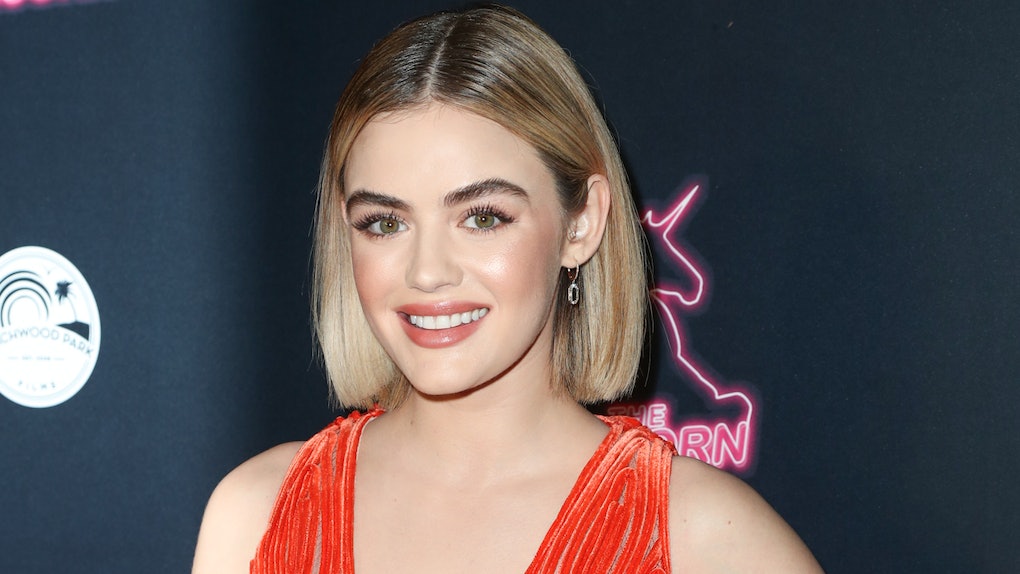 It’s been two years since the world last saw Aria Montgomery on Pretty Little Liars, but the actress behind the character, Lucy Hale, has been busy with lots of TV and film work. And now the 29-year-old actress is ready to tackle another delicious role! So, what’s she up to these days? Well, Lucy Hale will star in Katy Keene, according to a new report from E! News.

In a March 11 report, E! announced that Hale had landed the starring role in Katy Keene, which will be a Riverdale spinoff. The show will reportedly chart the journeys of four iconic Archie Comics characters as they navigate their 20s and follow their dreams in New York City. Doesn’t that sound amazing already?

Hale’s character, Katy Keene, is a wannabe fashion designer who serves as a personal shopper at a luxury department store while chasing her dreams. The character of Katy Keene first appeared in the Archie Comics in 1945, so the TV spinoff will probably give her a modern look and sense of ambition. Not that the 1945 Katy Keene wasn’t ambitious; she totally was! But I have a feeling that the creators of Katy Keene, Roberto Aguirre-Sacasa and Michael Grassi, are all set on giving her the kind of modern appeal that she needs and deserves. I mean, they did it for Riverdale. No reason for them not to do it for Katy Keene.

Want to see what the original Katy Keene looked like? Check her out down below:

Aguirre-Sacasa actually announced Hale’s casting on Instagram with a side-by-side photo of Hale and Katy Keene from the comic. “It’s official! @lucyhale joins the #Archieverse as fashion it girl #katykeene! Thrilled to be working with this lovely lady! ❤️💃🏻👠👗👛🕶🎭,” he wrote in the caption of the post.

Clearly, the Katy Keene team is super excited to be working with Hale! Take a look at Aguirre-Sacasa’s Instagram post:

Hale also shared an Instagram post about the news. Her post included a screenshot of an article announcing the news as well as the caption, “Well I’m slightly freaking out ! Thank you @archiecomics / @writerras / @thecw / @warnerbrostv / @thatthingofwhen for trusting me to be your KATY KEENE. my heart is bursting ❤️”

Hale isn’t the only cast announcement for the show so far. Back in February 2019, it was announced that Riverdale's Ashleigh Murray would be reprising her role as Josie McCoy for Katy Keene. According to Deadline, Josie has her sights set on fame:

Spinning off from her time in the small town of Riverdale, a now 20-something Josie McCoy (Murray) sets off on a new adventure to make it in the big city. More determined than ever to break into the music scene as the next Diana Ross, Josie finds herself forging new friendships, falling into new relationships, and, one day, becoming the star she is destined to be.

So, Katy will have a bestie in New York! At least Katy won’t be alone in NYC, and it sounds like the creators of the show are possibly leaving the door open for more Riverdale characters to crossover in the future, which is exciting.

It’s not yet known when the show will premiere, but it sounds amazing already!

More like this
Lana Condor's Career Goals Are All About Representation — EXCLUSIVE
By Rachel Varina
Will Sandra Oh Return To 'Grey's Anatomy'? Here's What She Said
By Dylan Kickham
Could A Jackson & April 'Grey's Anatomy' Spinoff Happen? Sarah Drew Loves The Idea
By Abby Monteil
Stay up to date