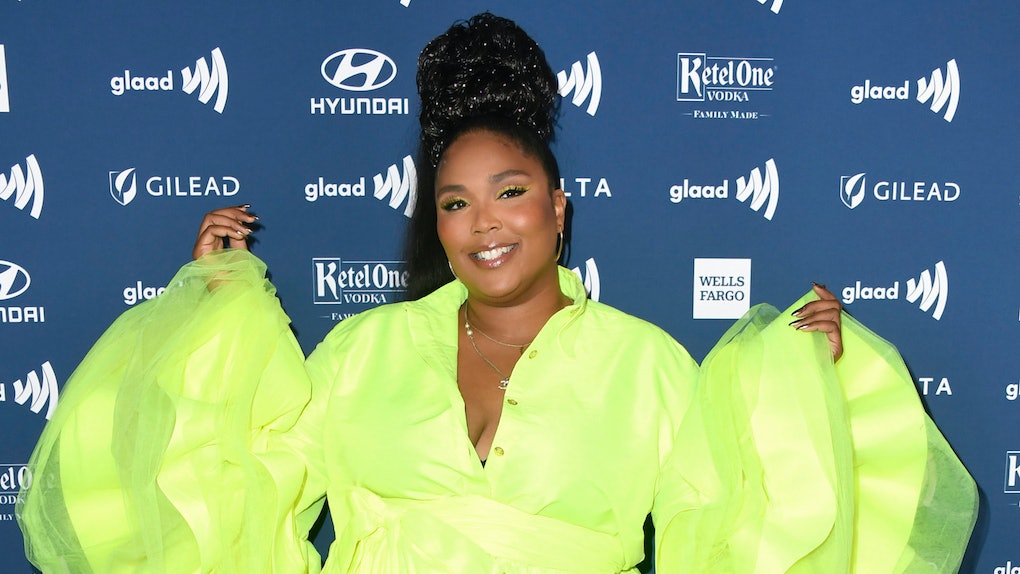 Lizzo Just Joined The 'Hustlers' Cast Along Side J.Lo, Cardi B, & Lilli Reinhart

As if Hustlers — the upcoming stripper-focused revenge movie starring Constance Wu, Jennifer Lopez, and Cardi B — had not already claimed the throne as the most incredible ensemble cast of 2019, it definitely has now. The highly anticipated movie just added buzzy music superstar Lizzo to its already stacked cast. Yep — Lizzo just joined the Hustlers cast, and the new role will mark her big-screen acting debut.

Lizzo is the latest addition to the cast of Hustlers, which is packed with some of the most exciting women working in film, television, and music at the moment. The crime drama is helmed by Constance Wu and Jennifer Lopez, and the ensemble cast also includes Cardi B, Riverdale star Lili Reinhart, Julia Stiles, Keke Palmer, Mercedes Ruehl, Trace Lysette, and Madeline Brewer. Just as the upcoming movie will serve as Lizzo's biggest break into acting after a successful music career, it will do the same for her new costar Cardi B.

The casting news comes less than a week after Lizzo released her major label debut album Cuz I Love You and kicked off her international tour with a pair of performances at Coachella. Basically, this is definitely shaping up to be a huge year for Lizzo.

Hustlers is an upcoming movie about a group of strippers who work together to steal large sums of money from their wealthy, Wall Street clients, and it is actually based on a true story. The inspiration for the movie is a 2015 New York Magazine profile by Jessica Pressler called "The Hustlers at Scores." The article laid out the plot concocted by a number of women employed by the Manhattan strip club Scores that resulted in them scamming their exorbitantly rich clientele out of tons of money.

The story lauded these women and their plan as "a modern Robin Hood tale," and the Hustlers movie promises to present the crime story in terms of feminism and gender politics. Director Lorene Scafaria told The Hollywood Reporter last year that the movie is predominantly concerned with the issues arising from society's taught gender roles.

The roles each actress will be playing in Hustlers have not yet been clarified, although Jennifer Lopez has revealed she is playing a dancer named Ramona, which is possibly based on the Rosie character in the New York Magazine story. Cardi B is reportedly playing Ramona's close friend Serena, and Julia Stiles will play a fictionalized version of Jessica Pressler, the journalist who wrote the New York Magazine story.

Hustlers is set to hit theaters on Sept. 13.