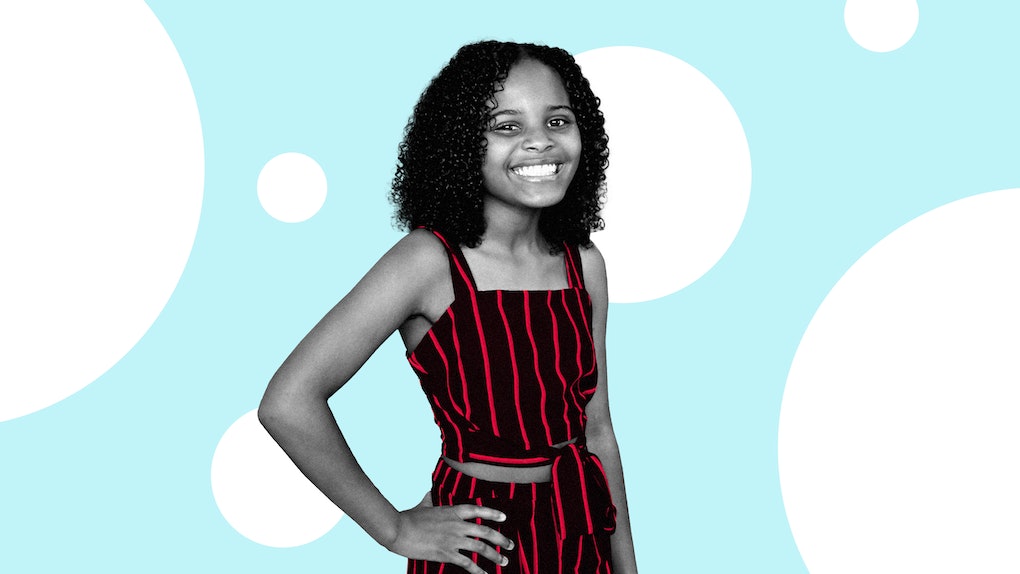 At just 8 years old, Mari Copeny, aka Little Miss Flint, was already changing the world. In 2016, when she was in third grade, she became the face of the Flint, Michigan, water crisis when she wrote a letter to President Barack Obama about the elevated lead levels in the drinking water of her hometown. Her letter ultimately led him to authorize $100 million in aid toward repairing Flint’s water system. It was the start of something huge: Nearly five years later, the now-13-year-old is working to make sure kids and teen girls like her have their voices heard on the problems that affect them, from environmental issues to bullying. She tells me, “A big part of my work is making sure that kids see themselves represented.”

In the years since writing to President Obama, Mari has expanded her activism to help kids around the country. As of November 2018, Mari has donated more than 16,000 backpacks to children in need through her Dear Flint Kids project, where she connects children in Flint with pen pals from all over the world. Mari is also in the process of creating her own water filter to address the environmental impact of the crisis: Between 2014 and 2020, Flint, a majority-Black town, suffered from lead-tainted drinking water, which causes a host of physical and neurological problems. While authorities say the lead-tainted water has since been fixed, many people in the area still prefer bottled water, which Mari says has led to an increase in littering. By creating her own water filter, Mari is advocating for sustainable ways to protect the planet from plastic water bottle waste while addressing the ongoing Flint water crisis.

In speaking to Mari about her work and its impact, she told me the central power of her activism is her unique ability to help kids realize they matter. Here’s what she told me about her climate activism, environmental justice, and the power kids have to change the world.

This interview has been edited for length and clarity.

Let’s start with the Flint water crisis and your letter to President Obama. When you were just 8 years old, you took action to call attention to lead poisoning in your town, and it really worked. What inspired you to write that letter?

The Flint water crisis inspired me. My 3-year-old sister would get really bad rashes from the contaminated water — they looked like chemical burns. She had to apply an ointment and wrap her skin in plastic wrap. Kids were getting lead poisoning — it was affecting everyone’s health and ability to learn. People were dying! People were getting rashes and lesions, and kids and adults were dying. I just wanted to see if President Obama would respond to a letter talking about the Flint water crisis and its impact. And he did. And he wanted to meet me.

That meeting was so important because everybody was really depressed. We were going through a water crisis that was affecting all of our lives, and he raised everyone’s spirits.

After writing to President Obama, I did water drives and I started protests about the Flint water crisis to raise awareness. I used to give out water bottles and host these huge drive-through events where people would drive up to get cases of water.

The fight against climate change has been a largely youth-led movement — do you think that young people have a unique and important way of engaging with environmental justice and climate change?

My generation — Gen Z — we have the whole entire world at our fingertips. For instance, I teach people about water. You can post one tweet and then boom, the whole world is listening. Gen Z can play a really big role because we can get information out faster. We can educate people so that they can learn more about these topics.

You have to use your voice!

We can’t talk about climate change without considering that Black and brown communities are more deeply impacted by issues like environmental damage and community disinvestment. Does your identity as a young Black girl influence the issues you get involved in?

Yes, it does. I focus my events around kids, especially Black kids who lack financial resources. There are kids here who will be going to school for the first time or going back to school, and their parents can’t afford to get them a brand new backpack, or new pencils, or school supplies. I’m working to make sure that lower-income kids get the necessities they need.

I also throw interactive events like backpack giveaways and Christmas parties with a bunch of toys. I make sure the kids are having fun! It’s a great feeling to make kids happy. It makes me feel inspired to keep doing the work that I do.

How does being a kid impact your activism?

There are a lot of things that come with being a kid activist, especially a young Black kid activist. There are racist people that comment under my post and say little snarky remarks like, “She doesn’t know what she’s talking about; she needs to stay in a child's place.” Some people call me racist slurs. I'm pretty used to it by now, and honestly, seeing some of those hate comments makes me laugh. Like how can a person be so racist?

That makes me so angry. You’re a kid, and you deserve to be an activist without the additional burden of racism. I want you to know, I get racist comments too. I know it can be difficult, I admire your ability to laugh about it.

It’s unfortunately all too common for Black activists working on environmental activism to experience racism. Have you felt welcomed in the climate activism space?

Other climate and youth activists have been awesome to me. Naomi Wadler and I instantly clicked and became the best of friends! I've made a lot of kid activist friends that are younger than me, the same age as me, and even teenagers. It is really awesome to be friends with other youth activists.

You light up when talking about your work with kids! You have so many projects from anti-bullying activism to clean water initiatives. Is there a central theme that draws your activism together?

I do a lot! I have my Dear Flint Kids Project, where people from all over the world write letters to children in Flint and tell them how important and special they are. Many of the kids have told me that reading the letters makes them feel super special. I also have a book campaign called Flint Kids Read, where I collect and donate books by Black authors with Black characters. Most Black kids don’t get to see themselves represented in books. Oftentimes, there are white characters but there are not any Black characters. And, if there are Black characters, the non-Black author writes them in a stereotypical way. That’s not cool at all.

I also have my backpack drive: During our 2020 backpack giveaway we gave out backpacks and had an accessory station where we gave hair clips and bows and scrunchies. We wanted kids to go back to school feeling stylish. We made it fun!

What you’re doing goes beyond climate change and environmental justice; you’re helping kids remember they’re valued and people care about them. What advice would you give to other young kids who want to get involved in activism?

You have to use your voice! If you want to speak on issues like environmental racism, you have to speak out about it. Post about it. Do speeches about it. You have to get your voice heard by many people. It may be nerve-wracking at first, but you get better at it and over time you become more fearless. You start from the bottom and you work your way up slowly. You never know who is listening to you, so speak up!

More like this
Shelly Bell Is Making Sure Black & Brown Women Entrepreneurs Get What They're Worth
By Fatma Khaled
For These 3 Black Streetwear Designers, The Hype Is Long Overdue
By Jacorey Moon
Why Are Washington, DC & Puerto Rico Not States? There's A Lot To Unpack
By Rhyma Castillo
Stay up to date