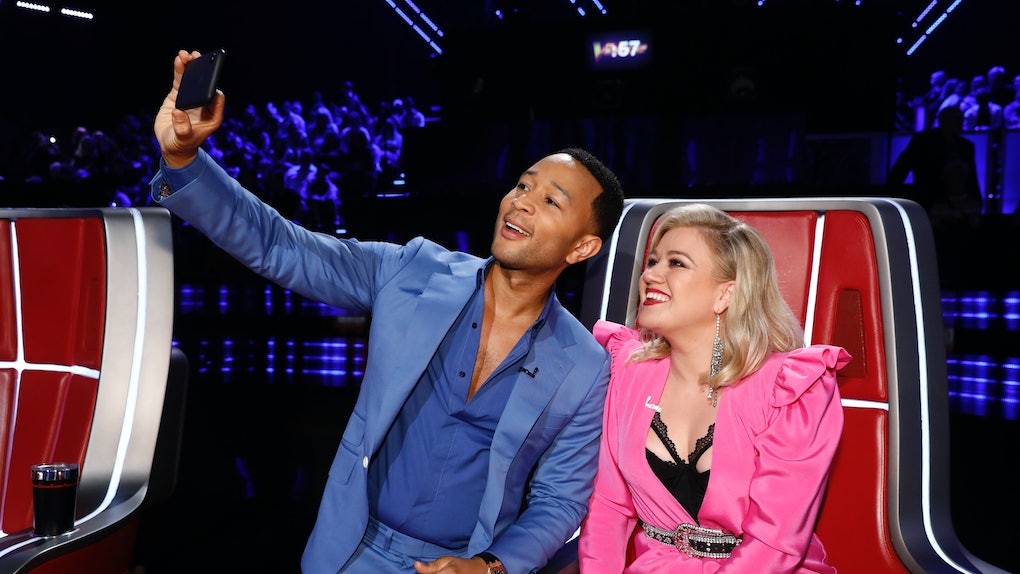 Increasingly over recent years, the classic holiday song, "Baby, It's Cold Outside," has gotten a lot of flack for being largely inappropriate when considered from a modern viewpoint. On Oct. 28, 2019, John Legend and Kelly Clarkson revealed that they would be remaking the song and now you can listen to John Legend and Kelly Clarkson's woke "Baby, It's Cold Outside" cover.

For reference, Frank Loesser's 1944 version brought up some problematic issues, and there was a movement to pull it from rotation on radio stations in 2018. Following the social media movement, #MeToo, stations like the San Francisco radio station and a Cleveland radio station decided the song was no longer appropriate to play during the holidays. San Fran radio station's program director, Brian Figula, told CNN in December 2018 that "for a station that's a mass-appeal brand... that's a lot, and it raises a massive red flag." With lyrics like, "I ought to say no, no, no, sir (Mind if I move in closer?)" and "Say, what's in this drink," modern-day listeners argue the song portrays a nonconsensual sexual interaction.

Daughter of the original songwriter, Susan Loesser, made a statement to NBC News in December 2018, saying that “Way before #MeToo, I would hear from time to time people call it a date rape song. I would get annoyed because it’s a song my father wrote for him and my mother to sing at parties."

Clarkson and Legend took it upon themselves to reboot the song and make it far more #woke. Legend released some of the lyrics in an interview with Vanity Fair, which he recorded with Clarkson and co-wrote with Insecure star Natasha Rothwell:

“What will my friends think...” sings Clarkson.

“I think they should rejoice,” Legend responds.

“It’s your body, and your choice.”

With lyrics that obvious, there is no way to misconstrue the consent behind them.

Following the release of the lyrics, fans were probably a lot more excited about the prospect of this song cover. Legend and Clarkson's cover of "Baby, It's Cold Outside" was released to the public on Nov. 7 via John Legend's official YouTube channel, so now everyone can start enjoying the updated tune for the holidays. Check out the full song below:

While fixing some of the problematic lyrics in the song, the old-school sound keeps to the classic, jazzy feeling, but incorporates a much more comfortable feeling.

To which Legend responds, "Then you really ought to go, go, go," the first time, then the second round his reply is, "I guess that's respectable."

At one point, Legend tries to make Clarkson feel at ease by telling her that her driver is already waiting outside. The update is all about mutual respect and a consensual relationship, with Legend even telling her she can keep his coat.

Instead of completely redoing the song's backbone of instrumentals and jazzy tones, the new version stays true to the musical era, so honestly, if the old-time sound is what you used to like about the 1944 track, they've managed to keep the musical integrity and make the song's lyrics honest and caring. TBH, you might just have this song on repeat all through November and December.

More like this
Michelle Obama's Easter 2021 Instagram With Barack Is A Cute Photo Booth Moment
By Daffany Chan
10 Taylor Swift Songs To Listen To When You’re Falling In Love
By Rachel Shatto
Taylor Swift's 'Fearless (Taylor's Version)' Lyric Changes Are Small, But Meaningful
By Michele Mendez
Stay up to date