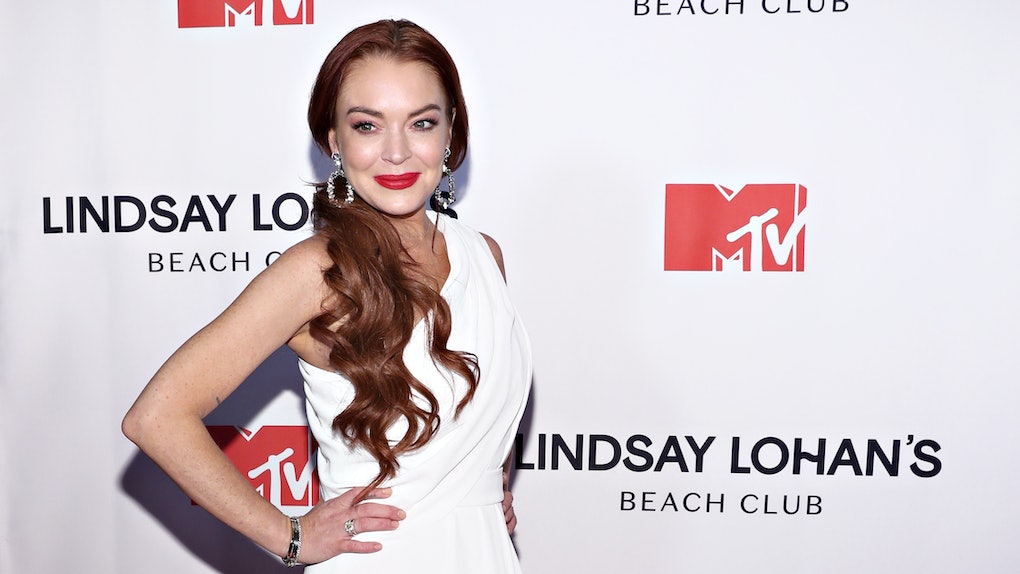 Lindsay Lohan's "Xanax" Music Video Is Actually So Good, Y'all

Surprise! Lindsay Lohan is officially back to making music. After a brief stint on reality television (Beach Club anyone?!), Lilo is focusing on dropping tunes again and her first hit back is a certified BOP. The songstress dropped her visual for "Xanax" on Sept. 24 and it's a must-see. In Lindsay Lohan's "Xanax" music video, she shares a series of moments from her personal life and gives fans a front-row seat to her recent adventures. The beginning of the clip depicts a fun-filled day at a skate park, before then showing Lohan on a press trip and sweetly greeting fans. Another scene shows her sitting at a piano, while one shows her primping in the mirror at one. The simple string of everyday events provides the perfect backdrop to the singer's personal new smash!

The songstress was sure to share the inspiration behind the candid video clip.

"This video is a compilation of vignettes of life. Family, love, the process of moving forward and letting go of the past. To live and be happy, free of fear. Just to be grateful and open our eyes to our opportunities instead of numbing the mind," she wrote when sharing the visual on Instagram. While the song/video isn't available on streaming services just yet, fans can head over to Lohan's IG page to see it in full.

It may have been shot on a low-budget camera, but Lohan still looks drop-dead-gorgeous throughout the clip in an array of floral dresses. More importantly, Lohan's new song also shares an important message about mental health and honestly touches upon the stigma surrounding anxiety in the lyrics.

The song, which features Finnish singer ALMA, has been a long time coming. Lohan has been teasing the catchy track for months. She first revealed she was recording new music in June 2019 much to fans delight. So when the song finally dropped out of the blue, they were beyond thrilled!

"Xanax is 10/10 everything i want from lindsay lohan she better continue to serve bops," one fan praised after listening. You heard him Linds, keep em' coming!

Meanwhile, Lohan has also been busy filming for Masked Singer Australia, however, she got majorly trolled on the show's most recent episode. Lohan serves as a judge on the current season of the singing competition show, but some people seem to think she's not the best woman for the job. After it was revealed that Australian star Gretel Killeen was behind one of the masks, Lohan appeared to have no clue who he was. Hmm, let's hope this means she sticks to doing what she does best — making new music!

We may never get another taste of Lohan's "Rumors" era, but "Xanax" is a close second. Catch her epic new music video for yourself above!