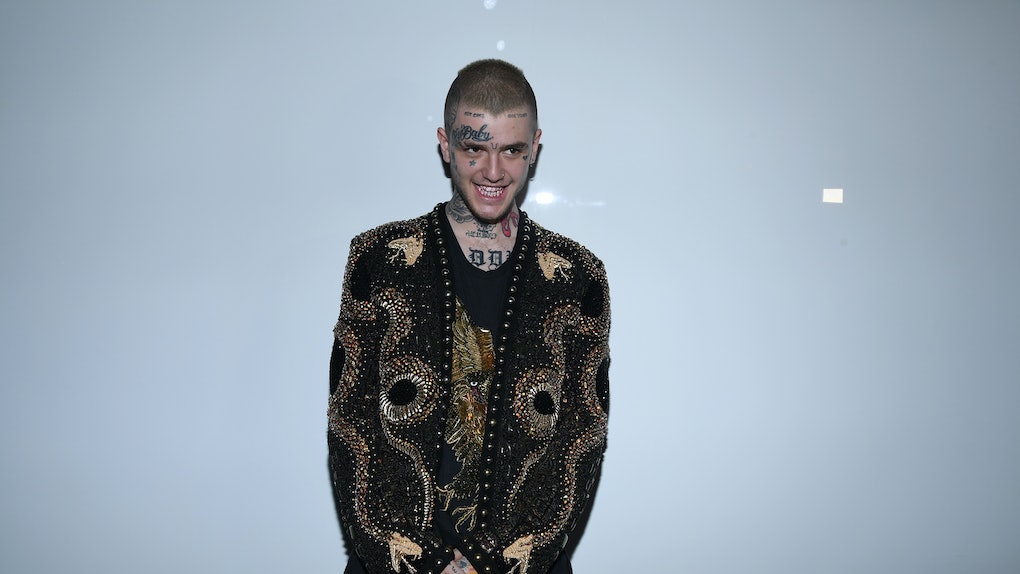 Lil Peep's Cause Of Death Was An Overdose, According To The Toxicology Report

With every new report, the death of rapper Lil Peep gets more and more heartbreaking. A toxicology report obtained by TMZ has been released and Lil Peep's cause of death has reportedly been ruled an overdose. According to the report by the Pima County Medical Examiner, Lil Peep had high levels of Fentanyl and Alprazolam in his system. Alprazolam is a generic form of Xanax. The medical examiner also said his death has been ruled accidental. Elite Daily reached out to Lil Peep's team about the toxicology report but did not hear back by the time of publication.

Lil Peep was reportedly found dead in his tour bus in Tucson, Arizona, on Wednesday, Nov. 15 after going to take a nap around 5:45 p.m. Later that night, a manager reportedly went to check on the 21-year-old rapper, who's real name was Gustav Åh, and found him unresponsive. Elite Daily reached out to Lil Peep's team for comment but did not hear back by the time of publication. Cops reportedly told TMZ at the time of his death that "several Xanax pills, marijuana, and an unknown tan powder" were found on the bus.

Fentanyl and Xanax weren't the only reported drugs found in Lil Peep's system. According to TMZ, he also tested positive for marijuana, cocaine, Tramadol, Hydrocodone, Hydromorphone (Dilaudid), Oxycodone and Oxymorphone in his blood and urine.

Tons of celebrities took to Twitter after Peep's death to express their condolences. One celebrity in particular was Bella Thorne, who was rumored to be dating Lil Peep earlier this year. Right after the news broke, Thorne tweeted, "F*ck I don't know what to say." Later, she tweeted, "Peep you deserved more out of life. Life didn't do your greatness justice."

lil peep passing is such a tragedy. i remember hearing him for the first time and being so enthralled. love to all his family, friends and fans. we have lost something special. R.I.P.

A company that worked closely with Lil Peep in the past, First Access Entertainment, released a statement to E! upon Lil Peep's passing. Chief Executive Sarah Stennett said,

I am shocked and heartbroken. I do not believe Peep wanted to die, this is so tragic. He had big goals and dreams for the future which he had shared with me, his team, his family and his friends. He was highly intelligent, hugely creative, massively charismatic, gentle and charming. He had huge ambition and his career was flourishing.

Lil Peep was known for showing a sadder side of himself in his music. In his song "Crybaby," Lil Peep raps:

I shouldn't curve you, I know I'm the worst, boo. But, I could be cool too, and you got them dance moves. And I got this vibe, I swear it's perfect to ride to. I wanna die too, we all wanna die too. I got this vibe, I swear she love gettin' high to. I love gettin' high too, I wanna hide you. How did I find you? I'll be inside, I'm makin' music to cry to.

In an eerie twist, Lil Peep also posted a cryptic Instagram post on the day that he died. The photo seemed to show Lil Peep on stage performing, wearing black sweatpants and no shirt. His bare torso showed off all of his tattoos, and the logo for "Crybaby" is seen in the background. The caption read, "When I die You'll love me."

There's no denying that Lil Peep will continue to be missed in the music industry.