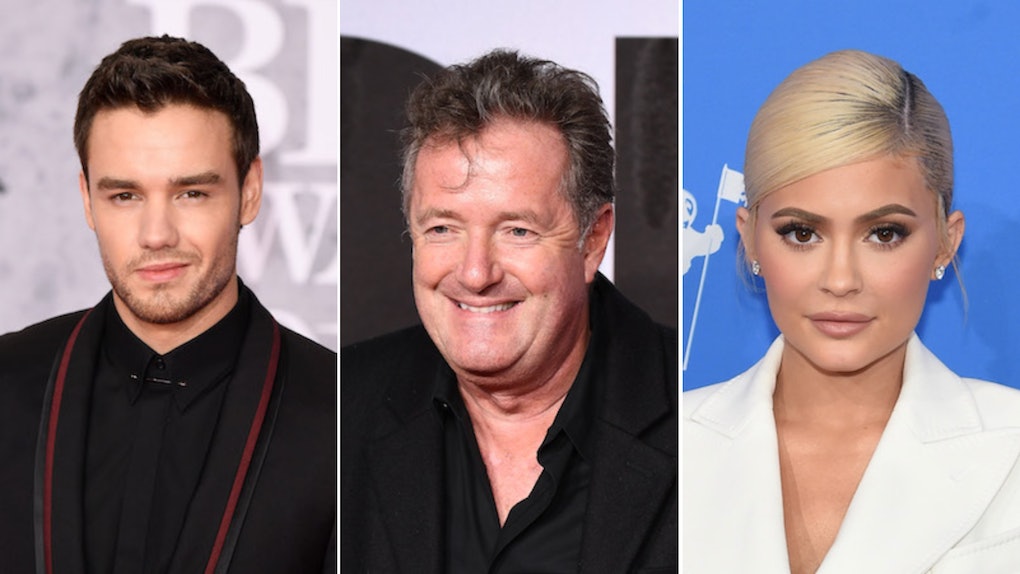 Everyone needs to calm the F down about Kylie Jenner being named the World's Youngest Self-Made Billionaire by Forbes magazine. We're here. It's happening. There's nothing we can do about it. Sure, there are objective issues with the phrase "self-made" when we're talking about the youngest offspring to come out of the Kardashian/Jenner empire. However, that doesn't change the fact that this 21-year-old is making billions of dollars with a capital B in front. Liam Payne's tweet to Piers Morgan defending Kylie Jenner is just one example of how polarizing this entire situation has become. When you have a former 1D member clashing on Twitter with Good Morning Britain's disgruntled host, you know our zeitgeist priorities have gone off the rails a little bit.

Morgan, like many people, felt absolutely compelled to point out that the entire Kardashian family name was elevated into the public stratosphere thanks to Kim Kardashian's famous sex-tape. In Morgan's eyes, this makes it impossible to consider Kylie "self-made." Of course, Kris Jenner has continuously made lemonade out of lemons (or strategic PR moves, depending on your personal threshold for conspiracy theories) and has played a role in spinning multiple careers out of her family name for all of her children, including Kylie.

Kris, who notably collects 10 percent of her children's earnings as their "momager," almost certainly had a huge influence in Kylie's business decision-making process. While Kylie insists all of her money is earned rather than inherited, the public is still split on whether or not that's enough to call her "self-made."

In Morgan's case, it all goes back to Kim. He Tweeted Kylie's billionaire headline and wrote, "It’s not self-made, it’s because her sister made a sex tape." Payne — who isn't known for being particularly close with Kylie or anything — jumped to her defense anyway. He responded,

I’m sorry but piers are you crazy your only here cuz you talk shit about everyone and make controversial outbursts about people to get attention ... at least @KylieJenner has her own business she built herself why not congratulate someone for once instead of knocking people.

Wait, this is totally random, but I'm loving this.

It quickly got catty, as Morgan responded by correcting Payne's grammar (cheap shot, Piers) and repeating his case about the sex tape.

Payne shot back, "Sorry could you say it louder from the back of the line of irrelevant people please." Morgan then condescendingly called Payne "mate" and warned him to not pull the "relevancy card."

I don't know. I guess I'm just not sure what Morgan's goal is here. What is he trying to achieve dragging Kylie Jenner on social media?

Here are some very straight-forward, unbiased facts for him to mull over:

Let's all try to carry on, shall we?