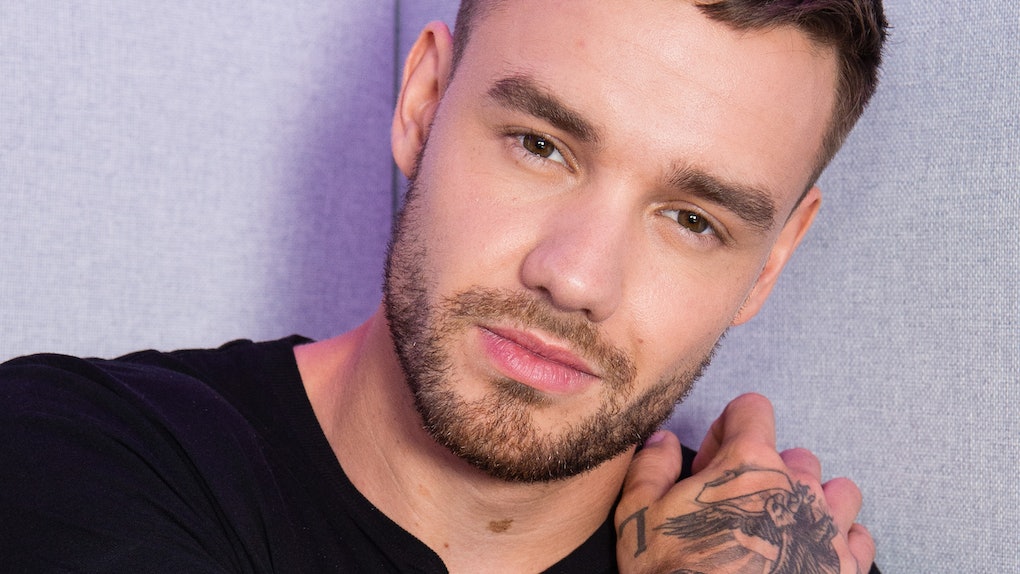 There's a new catchy song in town and it's by a former One Direction member, so you already know it's hawwttt. Plus, it was co-written by Ed Sheeran, and it really doesn't get more epic than that. Except that it does, because the single also features A Boogie Wit Da Hoodie. Trust me, once you hear Liam Payne's "Stack It Up" lyrics, you legit won't be able to get them out of your head. I mean, the track is a total infectious bop.

Payne took to Twitter when the song dropped on Sept. 18 to explain that "Stack It Up" is about "working hard, being inspired and achieving your dreams."

And that's exactly what he sings about in the chorus. Check it out:

Now, if you've heard the entire track already, then you know the vibes might seem a little similar to one of Payne's previous bangers. That's because "Stack It Up" was produced by Steve Mac, the same guy behind Payne's 2017 summer hit "Strip That Down," which Sheeran also co-wrote.

Basically, the gang's all here and honestly, why not? "Strip That Down" was very popular, reaching over 300 million views on YouTube while climbing to number 10 on the US Billboard Hot 100 chart. So, I'm thinkin' "Stack It Up" is bound to do the same.

Get into the rest of this bumpin' track by checking out the lyrics below below:

I don't wanna be broke when I d-i-e/ Wanna be livin' it up in VIP/ Tryna get in the club, they wanna see ID/ Want me to wear nice shoes and a t-i-e

I wanna flex hard like d-o-e/ But right now my car need the m-o-t/ And I can't give the valet no t-i-p/ But like him, I got dreams and they're b-i-g

Yeah, I know sh*t don't come free, you gotta work for it/ Lamborghini Urus, bought it when I first saw it/ She caught me creepin', I had to buy her a purse for it/ I think if I ain't have money, I'd be the worst for her/ And if I ain't have money, I woulda been lost her/ The loudest ones was the brokest, I was a sh*t-talker/ The loudest ones was the brokest and I was strugglin'/ Girls called me friend, now they on me, that money comin' in/ Saint Laurent fiend, I put it in Louis luggages/ Took her to Celine, bought her a couple luggages/ Wasn't always sweet, Capri Suns for fifty cents/ Now I just hate to reminisce

You can listen to the track below. Trust me: It's a bop.

More like this
BTS' Inkbox Temporary Tattoos Collection Is "Dynamite"-Inspired, So Take My Money
By Marisa Casciano
Is Saweetie's "See Saw" About Quavo? The Lyrics Are Brutal
By Corinne Sullivan
Demi Lovato Said She Won't Share Details About Her Recovery Again After Being Criticized
By Brandy Robidoux
Stay up to date