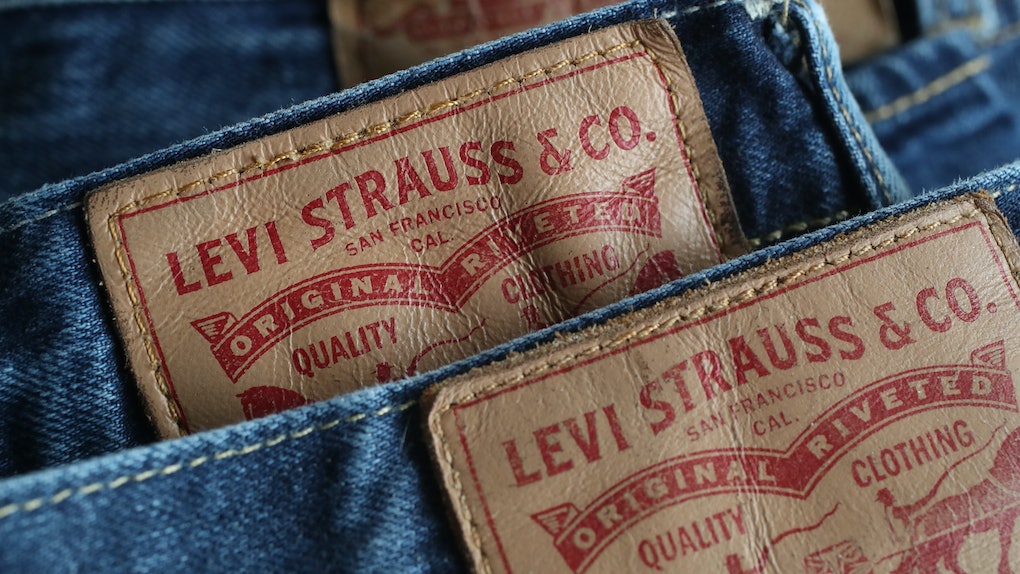 On Monday, Nike released an already iconic campaign starring Colin Kaepernick that read, "Believe in something. Even if it means sacrificing everything." Today, another powerful American brand is taking its own politically charged stand. Levi's gun control initiative, which the company announced today, will further set the tone for companies publicly declaring their support for divisive causes and issues, and I personally can't wait to see what kind of butthurt tweet our president sends to Levi's in response to its amazing new initiatives. (In case you missed it, Trump tweeted that "Nike is getting absolutely killed with anger and boycotts" after releasing its new campaign. Um, maybe in his dreamworld.)

Today, Levi Strauss & Co. CEO Chip Bergh released an open letter on Fortune in support of gun control laws. The final paragraph is absolutely worth reading in its entirety, so here it is:

As president and CEO of a values-driven company that’s known the world over as a pioneer of the American West and one of the great symbols of American freedom, I take the responsibility of speaking up on the important issues of our day very seriously. We can’t take on every issue. But as business leaders with power in the public and political arenas, we simply cannot stand by silently when it comes to the issues that threaten the very fabric of the communities where we live and work. While taking a stand can be unpopular with some, doing nothing is no longer an option.

It's an incredibly powerful call to action to other CEOs and large companies to stand for something, get involved, and use their platforms to affect positive change. It's inspiring and makes me hopeful for our country's future. But Bergh isn't simply using his words to encourage change. He also announced a three-part plan that will help tackle the issue of gun control from all sides.

Part one: Levi's launched the Safer Tomorrow Fund, which will direct more than $1 million in philanthropic grants from the company over the next four years to fund nonprofits and youth activists who are working to end gun violence.

Part two: Levi's has partnered with Everytown For Gun Safety as well as business executives (Michael Bloomberg, to name one!) to "form a coalition of business leaders who believe that business has a critical role to play and a moral obligation to do something about the gun violence epidemic in this country," according to Levi's' website.

Part three: Levi's has pledged to double its usual employee donation match to all organizations that benefit from its Safer Tomorrow Fund.

Pretty dang cool, no? It's amazing that huge companies are taking important stands on things as divisive as gun control. Levi's will undoubtedly suffer losses from its decision to stand on one side of the aisle on this issue, but it went in knowing that. It proves that, to the brand, standing for what's right is more important than making a buck. Favorite jeans, favorite company, favorite news of the day.