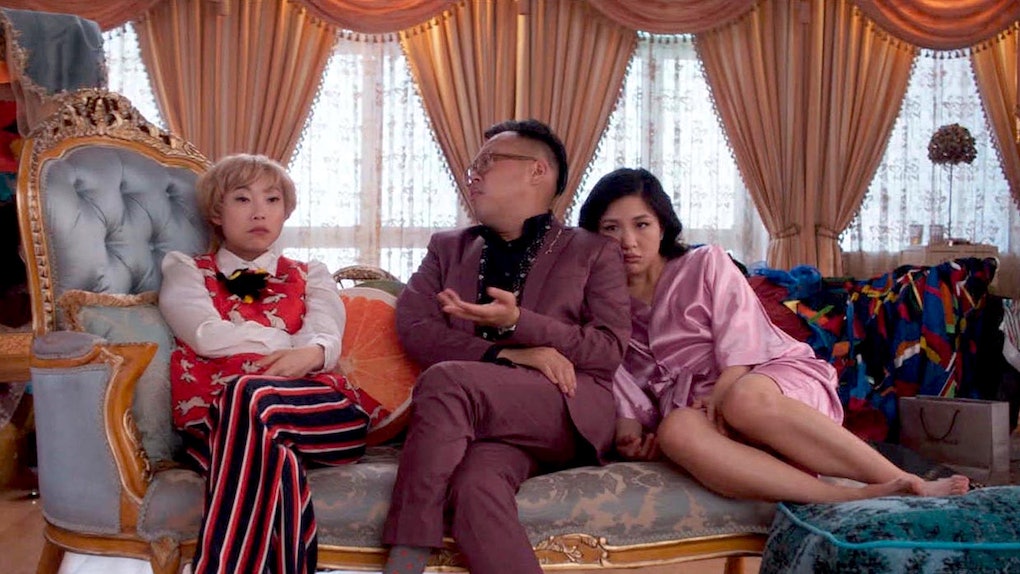 Last year, Crazy Rich Asians exploded onto the big screen and became one of the biggest hits of 2018, and it has not taken long for the hit movie to inspire a TV show. ABC just picked up a new pilot that sounds like the perfect TV version of the rom-com smash. Lazy Rich Asians is the sitcom version of Crazy Rich Asians that fans of the movie are definitely going to be excited about.

Actually, the new comedy pilot that ABC just picked up is not officially titled yet, but as Deadline reports, it has been using the working title Lazy Rich Asians while being shopped around to networks. That working title makes Crazy Rich Asians' influence very clear, and the plot of the series underlines the upcoming show's connection to the themes of the 2018 film. Much like the movie, the new series will follow a Chinese-American woman who is thrust into a family-oriented world of incredible wealth. Except in the show, our protagonist will inherit her grandmother's fortune and become her family's new matriarch, rather than marrying into a wealthy family as in the movie:

Janet Zhao is a first-generation Chinese-American woman who struggles to set healthy boundaries with her crazy, exhausting family. When her wealthy grandmother dies and names Janet the sole inheritor, she suddenly finds herself the unwilling new matriarch of the family she’s spent her life trying to keep at arm’s length.

The Lazy Rich Asians pilot comes from writer Jessica Gao, who will executive produce the series along with penning the script. Gao has written for a number of hilarious comedy series over the years, including Silicon Valley, Rick and Morty, Bajillion Dollar Propertie$, and Take My Wife (which she also co-executive produced). She is probably best known for winning an Emmy for writing "Pickle Rick," a standout episode of Rick and Morty that aired in 2017.

It totally makes sense why ABC would invest in Lazy Rich Asians — Crazy Rich Asians was not only critically beloved, but also exploded as a surprise box office smash, grossing nearly $240 million worldwide against a $30 million budget. Just a couple months after its August 2018 release, Crazy Rich Asians officially became the highest grossing romantic comedy of the past decade, and one of the top grossing rom-coms of all time. In addition to making massive bank, Crazy Rich Asians also scored tons of awards season love at the Golden Globes, Critics Choice Awards, and SAG Awards, earning top-prize nods that have become rare for romantic comedies to receive.

Lazy Rich Asians is not the only project that Crazy Rich Asians fans have to look forward to. Warner Brothers has picked up a sequel, which will be adapted from the sequel novel China Rich Girlfriend, and the team will also be adapting the third book in the Crazy Rich Asians book series, called Rich People Problems, after that.

It has not been revealed when this new pilot will air on ABC, but fans can probably look out for it at the end of 2019. And keep in mind, Lazy Rich Asians is only the show's working title so it may premiere under a different name.