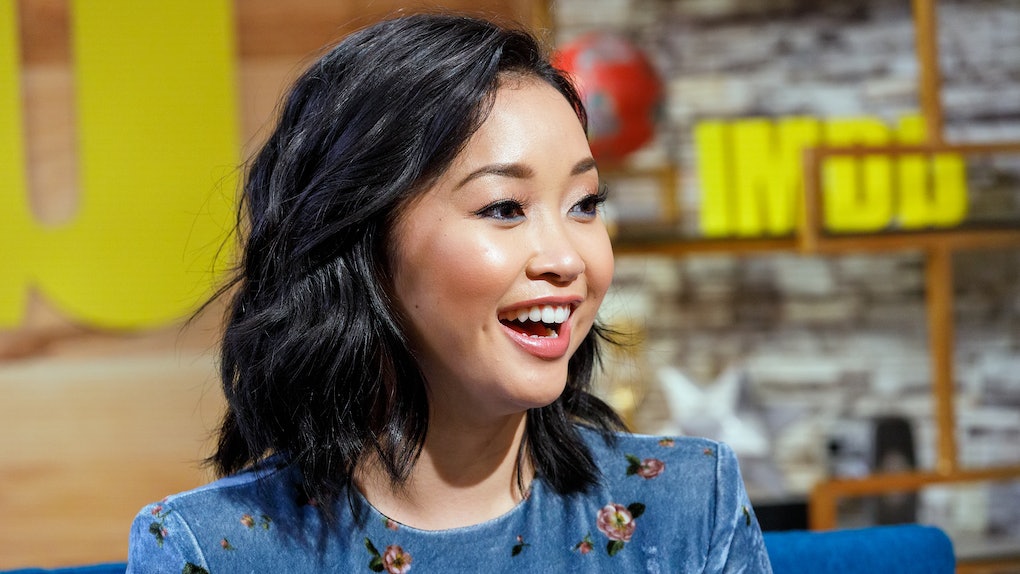 Actress Lana Condor has won the hearts of everyone after her iconic role in the Netflix film To All The Boys I've Loved Before. She exudes equal parts fiery, confident badass and the familiar girl next door, which is just a long way of saying I want to be her best friend. The world has stood up and is paying attention to the 21-year-old actress, and her feature in Elle Canada's April 2019 issue gives fans more insight into her and her life as a young celeb. Lana Condor's comments about her experience with an eating disorder might feel surprising, but they are also super encouraging to anyone who might be struggling in similar ways.

It's no surprise Hollywood puts an extreme amount of pressure and importance on physical appearance. Even if you set aside the goal to "look the part" as an actor or actress, it's obvious celebrities are constantly bombarded with the pressure to look younger, thinner, stronger, taller, shorter, edgier, softer, yadda-yadda-yadda. This often trickles down to the regular public too, who idolize celebrities and their highly manicured appearances. Condor had a double whammy of looks-obsessed influences as she grew up training in ballet, an industry notorious for its praise of thinness.

She explained to Elle Canada, "You’re kind of the first person I’ve talked to about this, but I know what it’s like to have an eating disorder and body dysmorphia—and also what it’s like to be a friend to someone who has that."

She added, "I think it’s time to give people comfort. You have to eat. You have to stop thinking that a certain body shape is ideal, because it’s not. That’s why I literally post about every meal I eat.”

In a quick scan of her Instagram account, you'll see that it's true. She regularly will post photos of herself at dinner eating delicious looking sushi, in a hotel room with room service breakfast, or in the case of the photo below, enjoying fish and chips by the water.

Condor went on to explain that while she might attend high-profile parties today, she spent most of her youth laying low and hanging out at home with her family. She says becoming To All The Boys I've Loved Before's Lara Jean has opened her up to more "best friends" than she had in real life. What she's referring to here is her super-fans, who often can get a little too close for comfort.

"They’re not malicious," she said. "They honestly think that I’m Lara Jean, that I’m their best friend. And, listen, I’m kind of okay with it. I didn’t even have a best friend in high school, so I get it.”

Even at 21, she seems so much wiser than me, an almost 30-year-old. (This is a trend I've seen in all my time writing about young celebrities.)

Her biggest advice to her fans, people, and the universe in general? "Don’t turn up too hard! Thank your parents. And, also, just calm the f*ck down.”