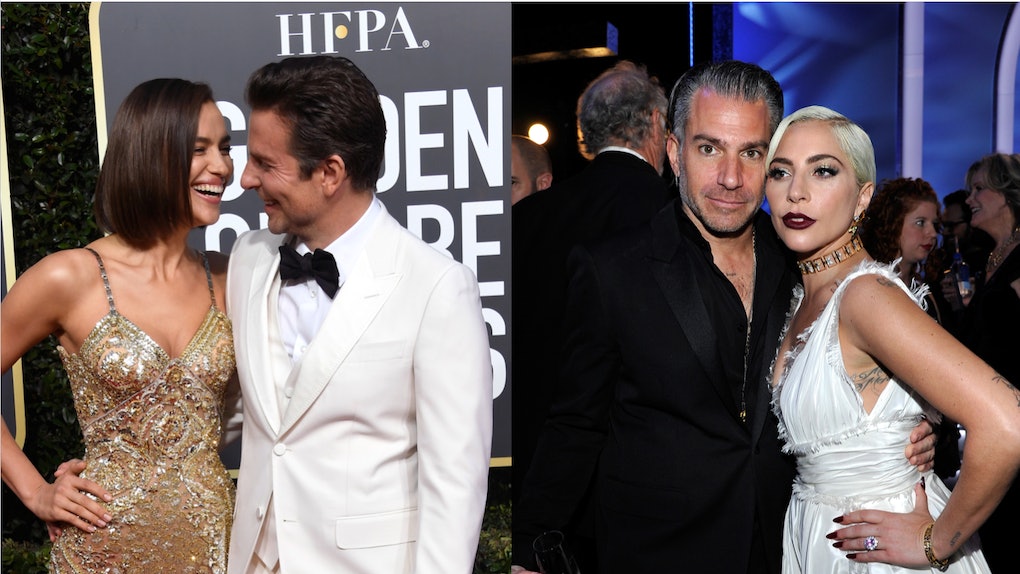 Just when you thought things couldn't get even more confusing between Lady Gaga and Bradley Cooper, Lady Gaga's ex Christian Carino liked Irina Shayk's reported breakup Instagram. OK, so here's the deal. Shayk posted a super hot picture of herself to Instagram on June 10. In the picture she's looking like a bombshell in a black bodysuit, just standing on a rock gazing at a waterfall, you know, as one does. It's one of her first posts since People and Us Weekly reported on June 6 that she and Cooper split, and I'm sure it's no coincidence that it just so happens to be, like, the sexiest picture ever. (Elite Daily previously reached out to reps for both stars about the reported split and did not hear back.) But here's where things get super juicy and honestly kind of confusing: Lady Gaga's ex Christian Carino liked the picture.

But the fact of the matter is Carino liked Shayk's steamy post-breakup "F U Bradley Cooper, I'm A Super Successful Supermodel Who Will Be Fine Without You" Insta. If you're skeptical, Cosmopolitan took a screenshot of him liking her picture here:

Oh, and, if you want to see the piping hot picture Carino liked for yourself, look no further:

And, you guys, the juiciness doesn't even end there. Cosmopolitan reports that, even though he just liked her "F U Bradley Cooper, I'm A Super Successful Supermodel Who Will Be Fine Without You" Insta, Shayk doesn't even follow Carino back on Instagram. Yep. Shayk is one of the 99 accounts Carino follows, while he isn't even on her radar enough to be one of the 646 accounts she follows. Interesting. Very interesting.

The reason why Shayk doesn't follow Carino could have something to do with the fact that up until recently, he was engaged to Lady Gaga, who Irina unfollowed in February after that super intense performance of "Shallow" at the Oscars that left the whole world shook.

No sweat on the unfollow, though. Gaga only follows 39 people on Instagram and Shayk is not one of them.

For those of you who might have missed the memo, Shayk and Cooper reportedly called it quits after four years together. A source told People on June 7 that the two were just on different pages in terms of their values. “[Irina is] not focused on the celebrity part, or on the fame — she just wants to protect her family. Bradley is very into work and is trying to take advantage of every career opportunity right now.”

According to a source who spoke to People a few days later on June 10, A Star Is Born also played a huge role in their split. “Bradley was emotionally absent during the long time filming A Star Is Born.," the source told People. "They tried to save the relationship but it had changed.”

Sad. But, hey, sounds like it was for the best.