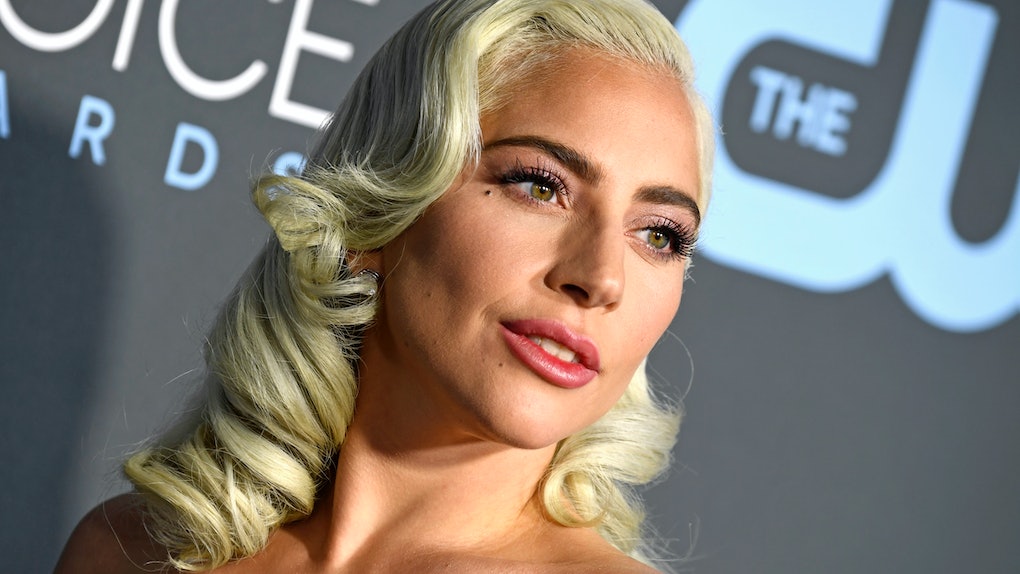 Aside from her artistic fame, Lady Gaga has always been known for standing up for what she believes in. As evidenced by her passionate declarations of support for the LGBTQ+ community and unapologetic willingness to speak on her political opinions, no one has to be in the dark about how Lady Gaga feels. In fact, her reliable outspokenness has made recent waves, because Lady Gaga called Mike Pence the "worst representation" of Christianity in the middle of performing a song during her show at Park Theater in Las Vegas on Saturday, Jan. 19. After abruptly halting her piano-playing, she boldly made her feelings toward the Vice President and the current presidential administration known, and she did not hold back.

Gaga's comments come after news that Karen Pence — the Second Lady and wife of the Vice President — has decided to take a job teaching art to students at an elementary school in northern Virginia called Immanuel Christian School, according to NBC News. The school apparently leaves no stone unturned in its reported anti-LGBT policy, as the Huffington Post reports the school's 2018 application for employment states that the school forbids their employees from participating in or supporting what they phrased as "homosexual or lesbian sexual activity” and “transgender identity," among other things. Elite Daily reached out to Immanuel Christian School for comment on their policy and the subsequent backlash, but did not hear back by the time of publication.

According to the Huffington Post, Immanuel Christian School's "parent agreement" also states that the school reserves the right to deny admission to students who identify as LGBTQ+. The aforementioned employment agreement reportedly even makes potential employees agree that they "understand that the term ‘marriage’ has only one meaning; the uniting of one man and one woman,” per NBC.

Thus, the controversy surrounding Karen Pence's reported decision to teach at the school sparked a comment from Lady Gaga herself.

After pausing her performance during a concert, Lady Gaga lifted her arm in the air and stated:

If the f***ing president of the United States could please put our government back ... There are people who live paycheck to paycheck and need their money.

Her support for workers currently being affected by the longest federal government shutdown in U.S. history did not go unnoticed, and she was met with thunderous applause for her statements. She then continued to express her sentiments toward the current Vice President and his wife:

To Mike Pence, who thinks that it’s acceptable that his wife work at a school that bans LGBTQ, you are wrong. You say we should not discriminate against Christianity? You are the worst representation of what it means to be a Christian. I am a Christian woman, and what I do know about Christianity is that we bear no prejudice, and everybody is welcome.

Her continued statements only turned up the volume on the positive reaction from her audience, as people screamed, shouted, and clapped in agreement with the A Star Is Born actress. Elite Daily reached out to the White House regarding the comments Lady Gaga made about Vice President Pence and his wife at her concert, but did not hear back by the time of publication.

In response to the backlash against Karen Pence's decision to teach at Immanuel Christian School, Mike Pence stated in an interview with Eternal World Television Network, "To see major news organizations attacking Christian education is deeply offensive to us." As reported by People, the Human Rights Campaign contributed to the discussion on the matter by tweeting: "The Pences never seem to miss an opportunity to show their public service only extends to some."

To all those who share the same feelings as Lady Gaga regarding the Pences' recent actions and comments, you've got another person fighting the same fight for LGBTQ+ rights. As stated beautifully by the star herself, "Baby, I was born this way".

More like this
Demi Lovato Revealed She’s Pansexual & Says She “Likes Anything, Really”
By Caroline Colvin
Here's How To Stream BTS' 2021 'Bang Bang Con' So You Don't Miss The Concert
By Cianna Garrison
Here's Why Meghan Markle Reportedly Isn't Attending Prince Philip's Funeral
By Cianna Garrison
Stay up to date